While many acknowledge that the age of autonomous driving is coming, the vast majority may still underestimate the speed, and XPeng Motors has just demonstrated that.

XPeng, one of Tesla's strongest competitors in China, recently tested the capabilities of its City NGP beta version in its just-launched P5 sedan in downtown Guangzhou, where it is headquartered.

NGP is Navigation Guided Pilot, released by XPeng earlier this year, and is one of the features of XPILOT 3.0 and above, the company's advanced driver assistance system.

It enables automated navigation-assisted driving from point A to point B based on a user-set navigation route, and has previously allowed XPeng's flagship sedan, the P7, to do so on the highway. With the release of the LiDAR-equipped P5 model, the company has further extended this capability to regular city roads. 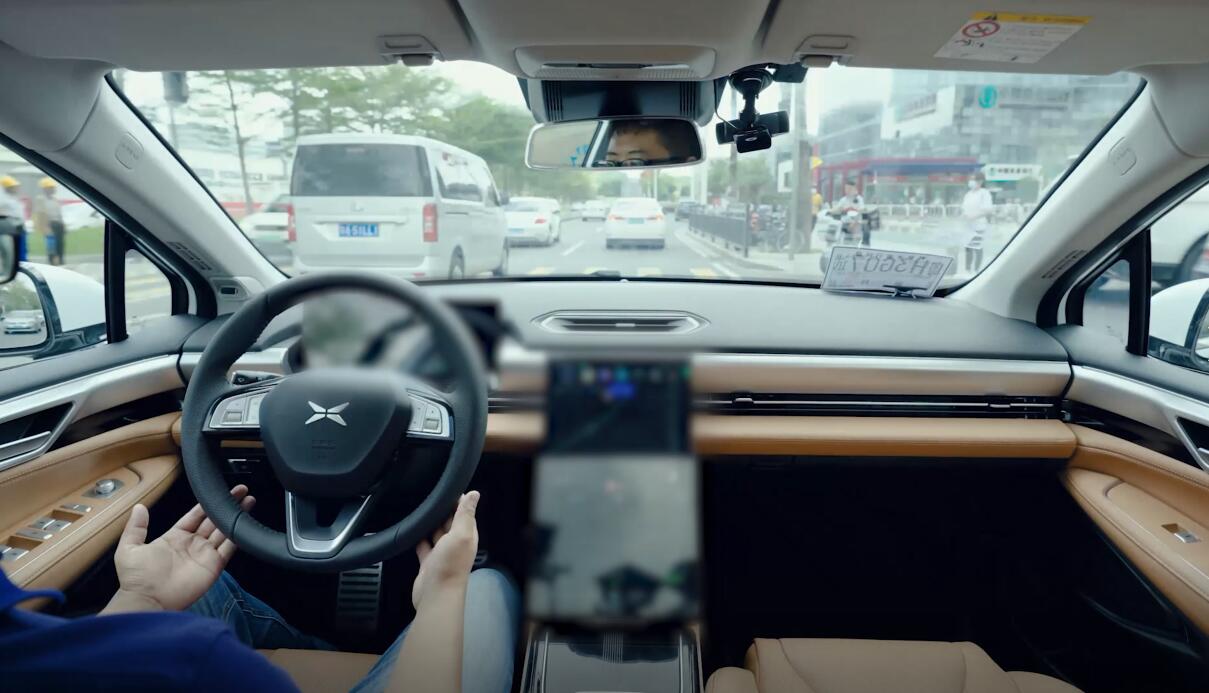 If you know anything about China's traffic, you know what a "regular city road" in a first-tier city like Guangzhou means.

Yes, it means complex roads, sometimes crowded, chaotic, and with e-bikes and pedestrians that can appear in front of vehicles at any time. Simply put, this is far from a haven for autonomous driving technology.

In its test drive video of about three minutes, XPeng demonstrated how well its technology can handle these complex road conditions. 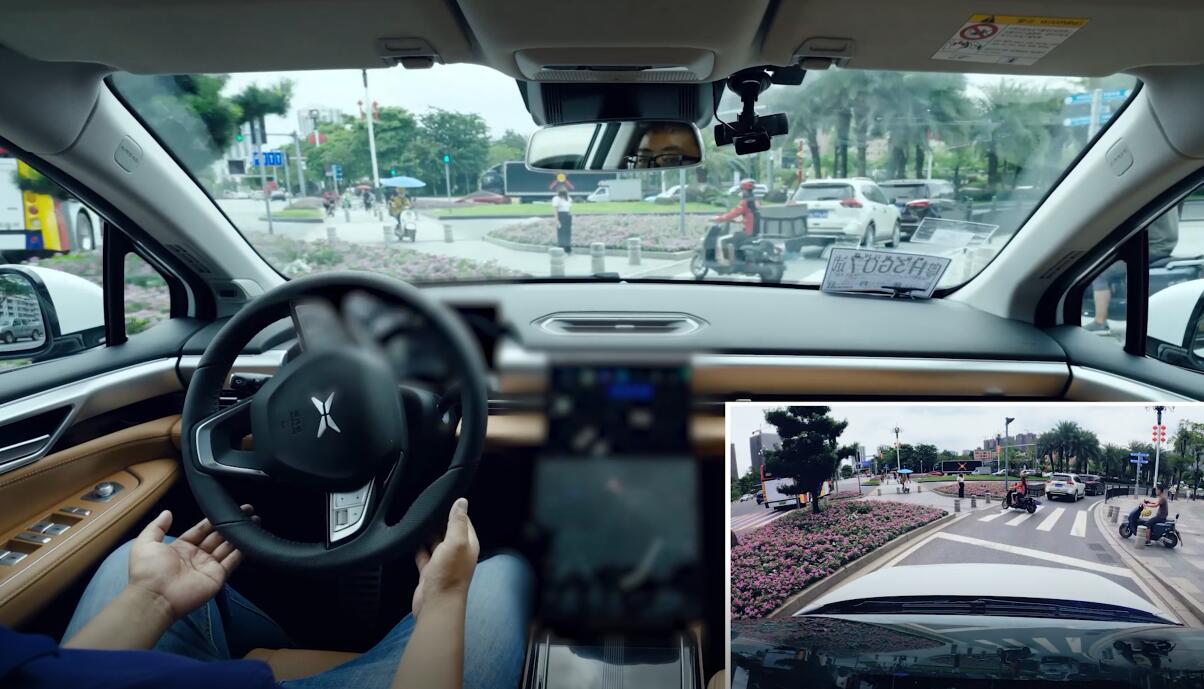 At the beginning of the video, when the right side of the road is partially occupied by a delivery rider waiting to cross the road, the vehicle demonstrates what an experienced driver would do - borrow a portion of the road on the left side while conditions allow to ensure a safe enough distance from the deliveryman.

This is one of the most typical scenarios on China's urban roads today. With the takeaway industry booming in China, you can almost always see delivery riders on electric bikes traveling fast on city roads. This requires human drivers to be cautious at all times and is one of the biggest challenges facing autonomous driving technology.

A typical setup for Chinese roads is roundabouts, which are designed to improve the efficiency of passing and allow all vehicles to quickly enter the direction of their choice. But for self-driving vehicles, making the right judgment in such scenarios faces difficulties far beyond simple intersections with traffic lights.

XPeng's test drive video shows the vehicle's ability to get through such a scenario when traffic is heavy. 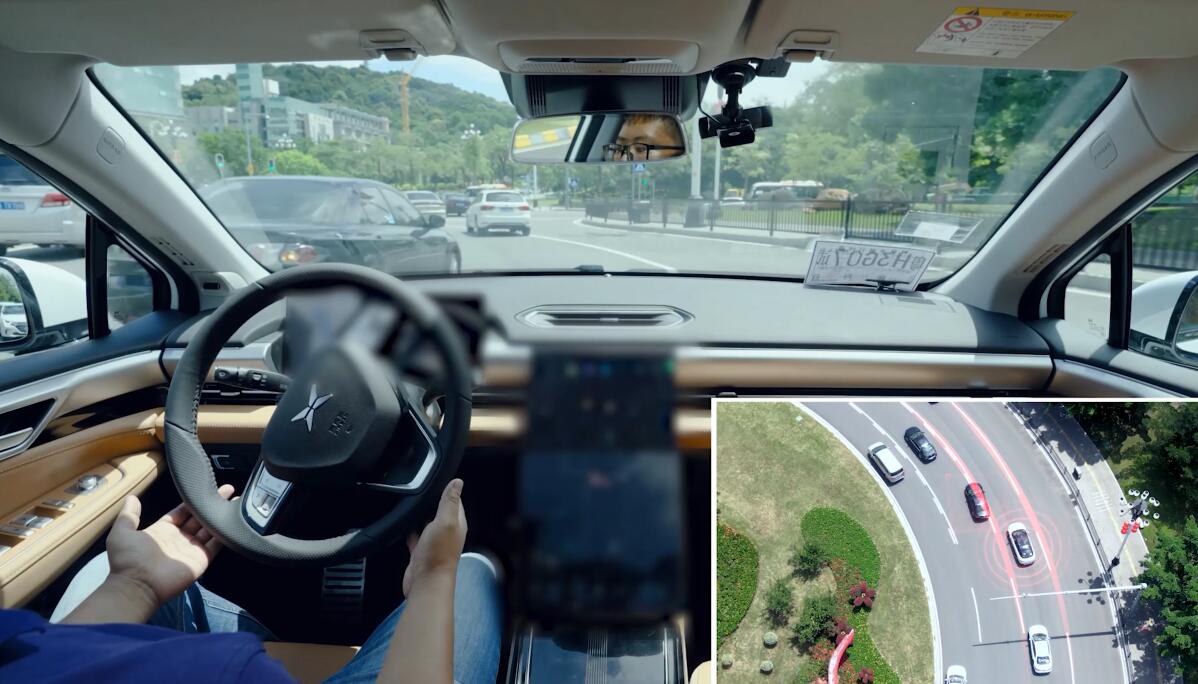 It is worth noting that human drivers are often easily confused at such intersections and are likely to suddenly realize that they have made the wrong lane choice and suddenly cross multiple lanes. This video shows the challenges posed by a black vehicle overtaking from the left in close proximity and changing two lanes in succession.

We don't want to spend too many words on what you can see with your own eyes. You are strongly advised to watch this video carefully.

How much does it cost to acquire the technology?

XPeng officially made the P5 available on September 15, offering six configurations to choose from. Deliveries will begin in late October.

Both versions of the model's P series feature LiDAR and support XPILOT 3.5, which extends the NGP to city driving.

This means that the starting price for a consumer to get a P5 model capable of the above autonomous driving capabilities is RMB 224,900, the price of a moderately configured Toyota Camry.

The devil is in cost control

As CnEVPost previously reported, in late August, a video from Chinese driverless company AutoX demonstrated the capabilities of its Robotaxi on chaotic, dense roads during rush hours.

The video was shot in an ultra-high density residential area of Shenzhen, surrounded by skyscrapers and traffic facilities, with very busy, chaotic and congested roads.

In the video, a Robotaxi traveling during the evening rush hour deftly and discreetly weaves through pedestrians, pets, bicycles, scooters and roadside food stands. Many pedestrians saw the Robotaxi for the first time and gathered near it to take video and photos.

A few days later, AutoX's local counterpart, WeRide, demonstrated similar capabilities in a video and showed how its Robotaxi copes with heavy rainfall.

Many may wonder how the XPeng P5 differs from them. The answer lies in cost control.

Simply put, the XPeng P5 is currently the only vehicle available to the average Chinese consumer that has shown similar capabilities.

This includes 28 8MP automotive-grade cameras with a combined total of over 220 million pixels per frame. It also has the world's highest resolution 4D millimeter-wave radar with an angular resolution of 0.9 degrees as well as HD LiDAR with 15 million point cloud imaging per second.

What does all this ultra-high configuration mean? High cost, of course.

Although neither AutoX nor WeRide have announced the cost of their Robotaxis, it is safe to guess that they are several times more expensive than the XPeng P5.

For reference, on June 17, Apollo, the autonomous driving division of Chinese tech giant Baidu, unveiled its latest Robotaxi and cited low cost as one of its most important features.

Baidu said the Apollo Moon, including the vehicle and driverless kit, costs about 480,000 yuan ($75,000), a third of the average cost of an L4 self-driving model.

How does XPeng make it happen?

Although LiDAR is one of the biggest selling points of the XPeng P5, its autonomous driving capabilities seem to rely heavily on vision technology to make it happen.

In an interview with XPeng Chairman and CEO He Xiaopeng published by tech media 36kr on Friday, he was asked "Will LiDAR be the killer hardware in the era of smart cars?" He gave a negative answer.

In a vision and millimeter-wave ultrasonic radar perception fusion solution, XPeng wants to use LiDAR as a very important part of increasing safety, according to He.

This view actually echoes what Tesla CEO Elon Musk has been insisting on.

In a video speech delivered earlier on Friday at the 2021 World New Energy Vehicle Congress, Musk said again that Tesla believes that automated assisted driving can be achieved entirely through visual neural networks, because people are driving in the biological sense of visual neural networks, so computers must also be able to.

It is worth noting that Tesla's FSD Beta V10, which Musk called "mind-blowing", seems to have no sign of being tested in China.