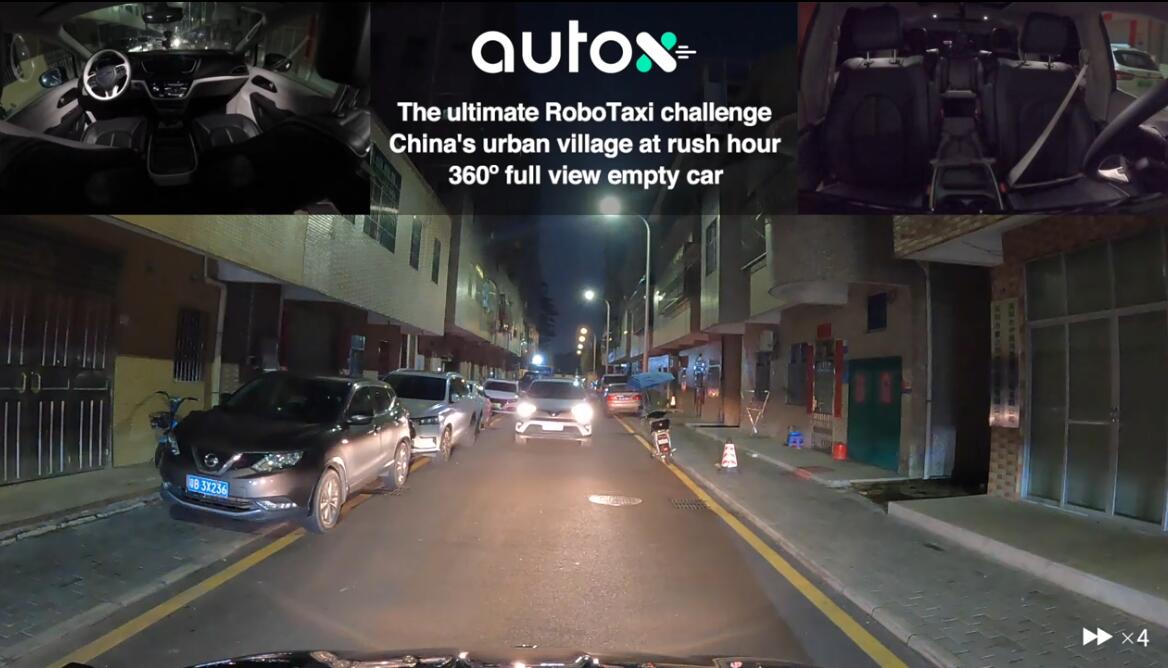 The video was shot in the ultra-high-density residential area of Shenzhen, surrounded by skyscrapers and transportation facilities, where the roads are very busy, chaotic and congested.

In the video, a RoboTaxi traveling during the evening rush hour deftly and discreetly weaves in and out of pedestrians, pets, bicycles, scooters and roadside food stands.

Some pedestrians see the RoboTaxi for the first time and gather near it to take video and photos.

On a road with only enough space for one car to pass, the RoboTaxi realizes that it is closer to the end of the road than oncoming traffic and motions to the other car to let it pass first.

On another narrow road, both the RoboTaxi and the oncoming vehicle are at opposite ends of the road, so it backs up twice to make room for the other vehicle.

The RoboTaxi in the video is equipped with AutoX Gen5, the company's fifth-generation driverless system released in July, according to the company.

This includes 28 8-megapixel automotive-grade cameras with a combined total of more than 220 million pixels per frame. It also has the world's highest resolution 4D millimeter-wave radar with an angular resolution of 0.9 degrees as well as HD LiDAR with over 15-million-point cloud images per second.

Founded in September 2016 and headquartered in Shenzhen, AutoX is one of the front-runners in driverless RoboTaxi in China.

The company is located in eight regional cities around the world, with R&D centers in Beijing, Shanghai, Silicon Valley and San Diego, and is building China's first "truly unmanned" driver operating area in Shenzhen with no safety personnel and no remote control.