Tesla China said Saturday that it has exported 97,496 vehicles to more than 10 countries and regions, including Europe, the United States, Australia, Japan, South Korea and Singapore, from January to August this year.

Tesla entered China in 2013 as via import and built a local factory in 2019 and start deliveries of locally made vehicles in 2020. Tesla is now gradually realizing the supply of China-made Tesla vehicles to the international market, it said.

Tesla does not publish monthly delivery figures like other Chinese electric car companies, and the only source for its sales data in China is the China Passenger Car Association (CPCA).

The CPCA has been publishing Tesla China export data since April of this year, showing that the company's cumulative exports from April to August were 86,444. 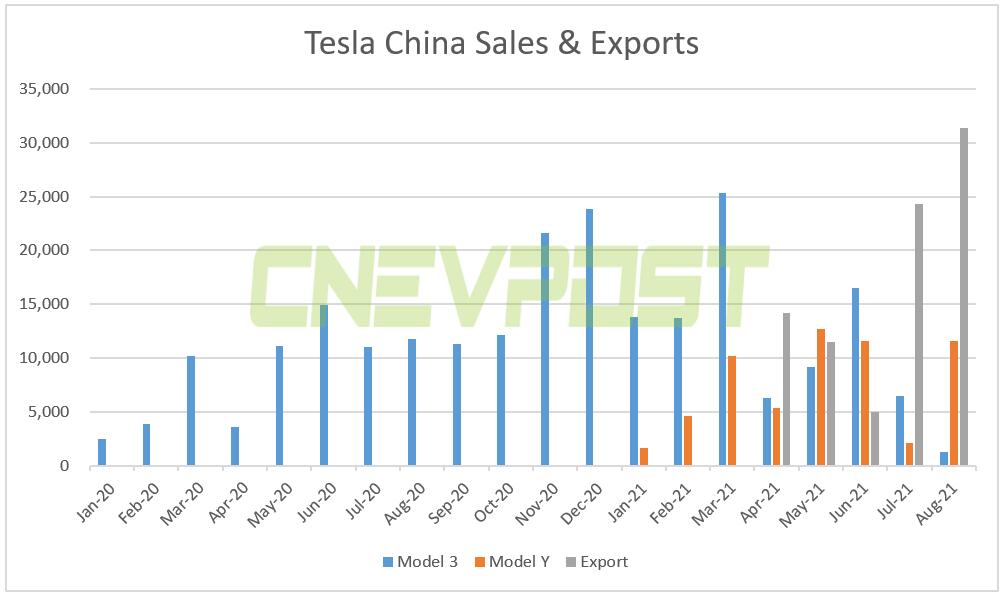 By the end of 2020, 86 percent of the parts of Tesla's Shanghai Gigafactory will be supplied by local suppliers, Shanghai Securities News said Saturday, citing Tesla sources.

By the end of 2021, Tesla's Shanghai Gigafactory will have about 90 percent of its parts supplied by local suppliers, Xinhua quoted Yuan Guohua, Chairman of Lingang Group, as saying on August 17.

Join our Telegram group to be alerted the moment we publish an article: t.me/CnEVPost
#Tesla#Tesla China#Tesla Shanghai
0
Comments (0)