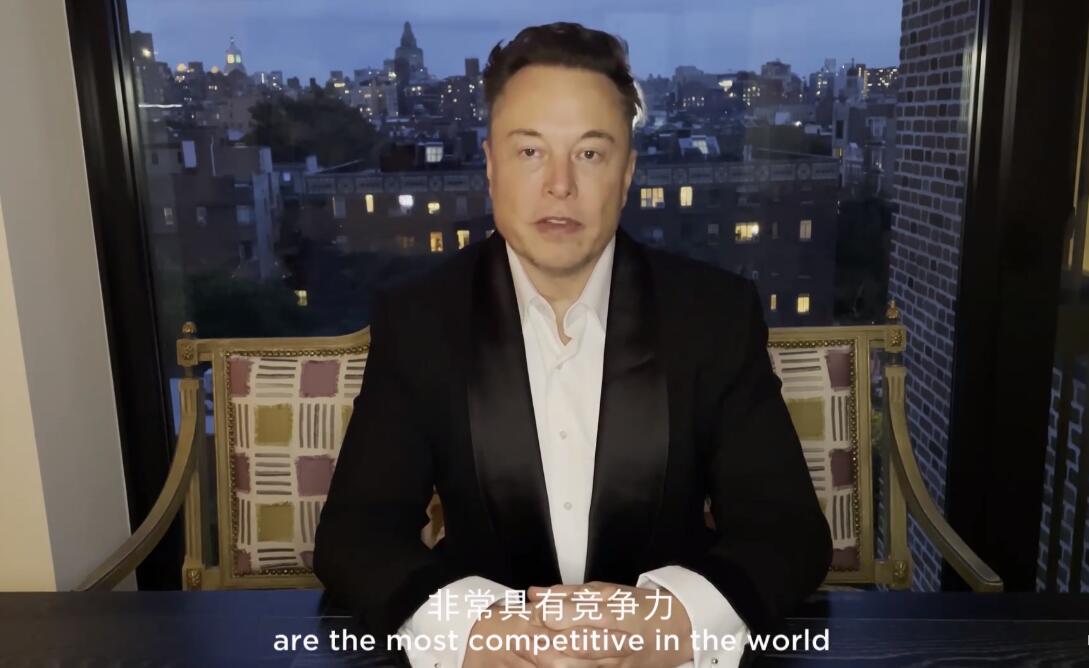 Chinese car companies are the most competitive in the world, and some are very good at software, Tesla CEO Elon Musk said in a video presentation at the 2021 World New Energy Vehicle Congress in southern China's Hainan Province on September 17.

It's the software that's shaping the future of almost every process in the automotive industry, from design to manufacturing, especially autonomous driving, Musk said.

China is the largest and most dynamic market for new energy vehicles, and Chinese consumers want more connected and smart cars, so Tesla sees huge growth potential for smart cars in China, he said.

Tesla will continue to work to reduce costs and improve production efficiency to make electric cars an option for more people, he said, adding that he has great respect for the Chinese automakers driving these technologies.

Safety is Tesla's primary goal, and the company's fully autonomous driving capability has more than ten times the safety of the average person, he said.

He also mentioned data security, saying that ensuring data security is not only the responsibility of car companies, but also the cornerstone of the industry's development, and that Tesla wants to work with governments to ensure the data security of smart connected cars.

With the rapid development of autonomous driving, vehicle data security is particularly prominent, and Tesla believes it is necessary to take technical measures to eliminate public concerns, he said.