Arcfox, the BAIC-owned EV brand, saw the first 100 Arcfox α-S vehicles equipped with "Huawei Inside" from Validation Build roll off the production line on August 31 and will be tested on the open road.

This marks the completion of the Arcfox α-S with the "Huawei Inside" production line, which will be ready for low-volume production deliveries in the fourth quarter, the brand said.

The most interesting version is the one equipped with Huawei's full-stack smart car solution "Huawei Inside", which is also the first time Huawei's technology has appeared on a mass-produced model.

The model is equipped with an intelligent advanced autonomous driving system with 400 TOPs of computing power.

The Beijing News reported on May 19 that orders for the Arcfox α-S model equipped with "Huawei Inside" have exceeded 1,000 units.

On May 26, Huawei's Intelligent Vehicle Solutions division announced that the first Arcfox α-S model equipped with "Huawei Inside" from Validation Build was launched from BAIC BluePark Magna Automobile's factory in Zhenjiang.

The plant is a joint venture between BAIC BluePark and Magna, which has 100 years of experience in vehicle development and manufacturing, to build a high-end intelligent manufacturing base with a world-class manufacturing standard system and highly automated intelligent equipment, Huawei said. 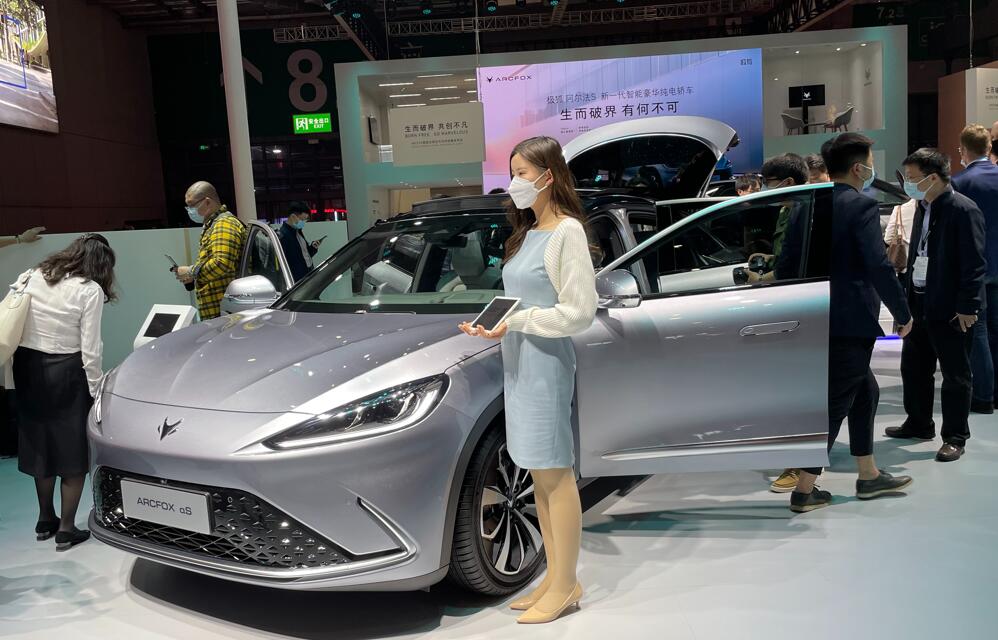