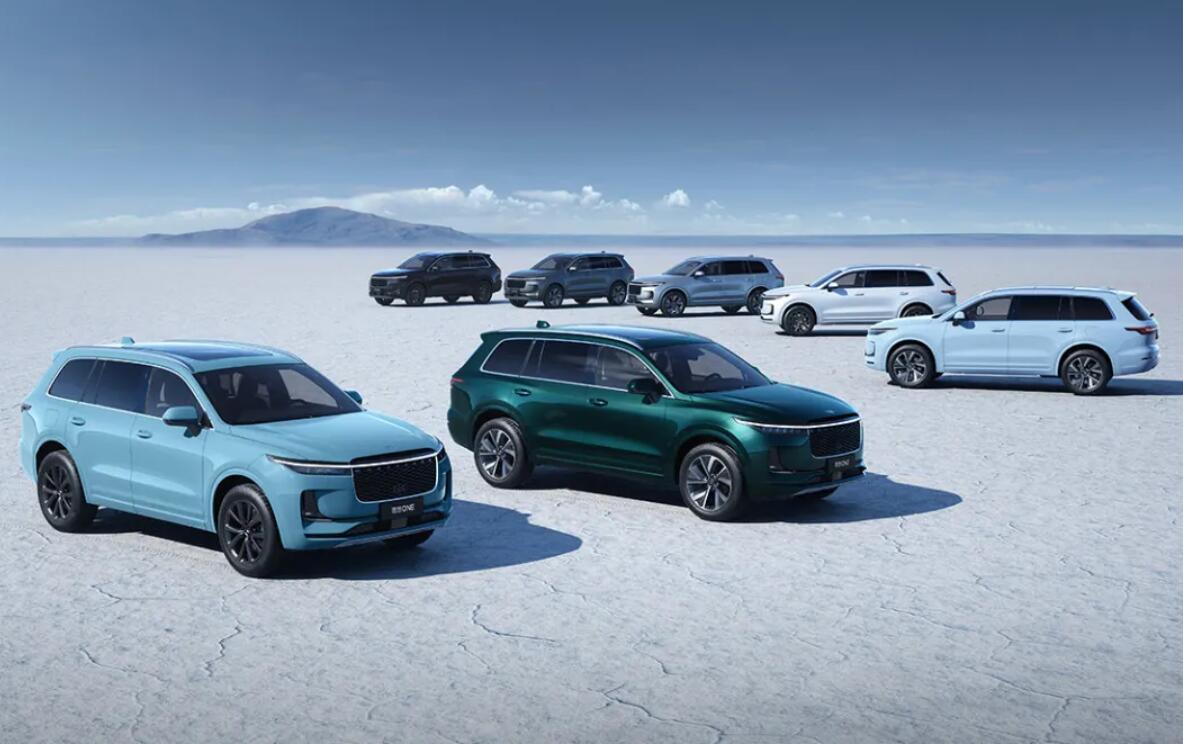 Although there is only one model on sale, Li Auto is very confident about its performance.

"In the third quarter, we are confident that we will raise the ceiling for sales of 'mid-size SUVs' and 'local luxury models over RMB 300,000 ($46,310)' in China to a whole new level," Li Auto founder and CEO Li Xiang said on Weibo on Friday.

Li said this while retweeting Li Auto's official Weibo post about its June delivery figures. He also said Li Auto is aiming to take the No. 1 spot for all plug-in models sold in the global market in the third quarter. 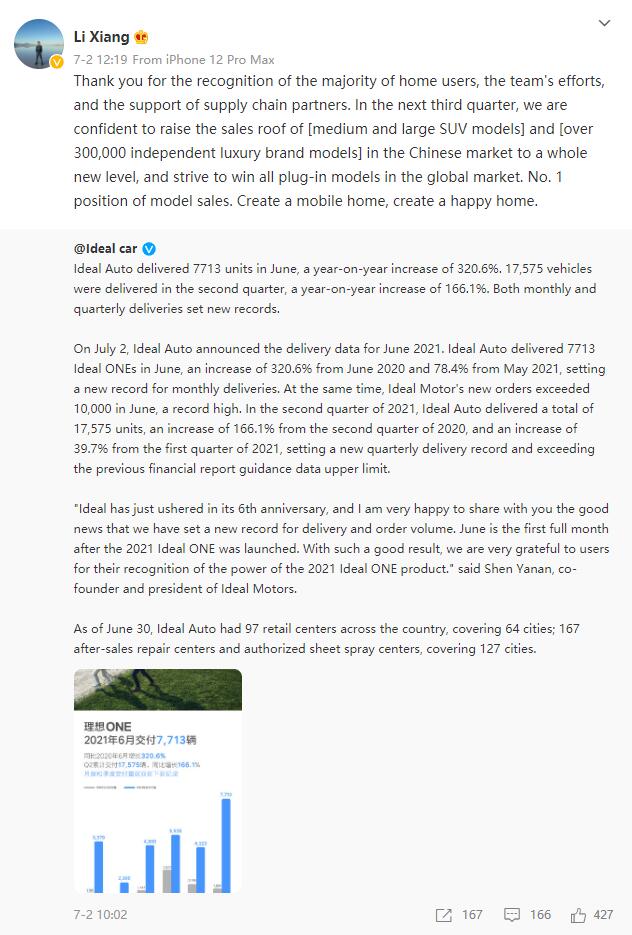 Li Auto delivered a record 7,713 units of the Li ONE, the company's only model, in June, according to figures released by the company earlier today.

Deliveries of the new Li ONE began on June 1. However, perhaps because many potential owners were waiting for the new model, Li Auto's deliveries slipped about 22 percent to 4,323 units in May compared to April.

"June was the first full month since the launch of the 2021 Li ONE, and we are very grateful to our customers for recognizing the 2021 Li ONE with such good results," said Shen Yanan, co-founder, and president of the company.

This is not the first time Li Auto has set aggressive goals.

On Feb. 22, Li said in an internal letter that Li Auto's strategic goal for 2025 is to gain 20 percent market share and become the No. 1 smart electric vehicle company in China.

Li said, "With over 8 million smart electric vehicles expected to be sold in China in 2025, capturing more than 20 percent market share is a necessity to become the leading company in China."

On Thursday, the company reiterated that goal in an article marking its sixth anniversary, saying it expects sales in China's new energy market to be 8 million units in 2025 and that the company wants to capture 20 percent of the market share or reach 1.6 million units per year.