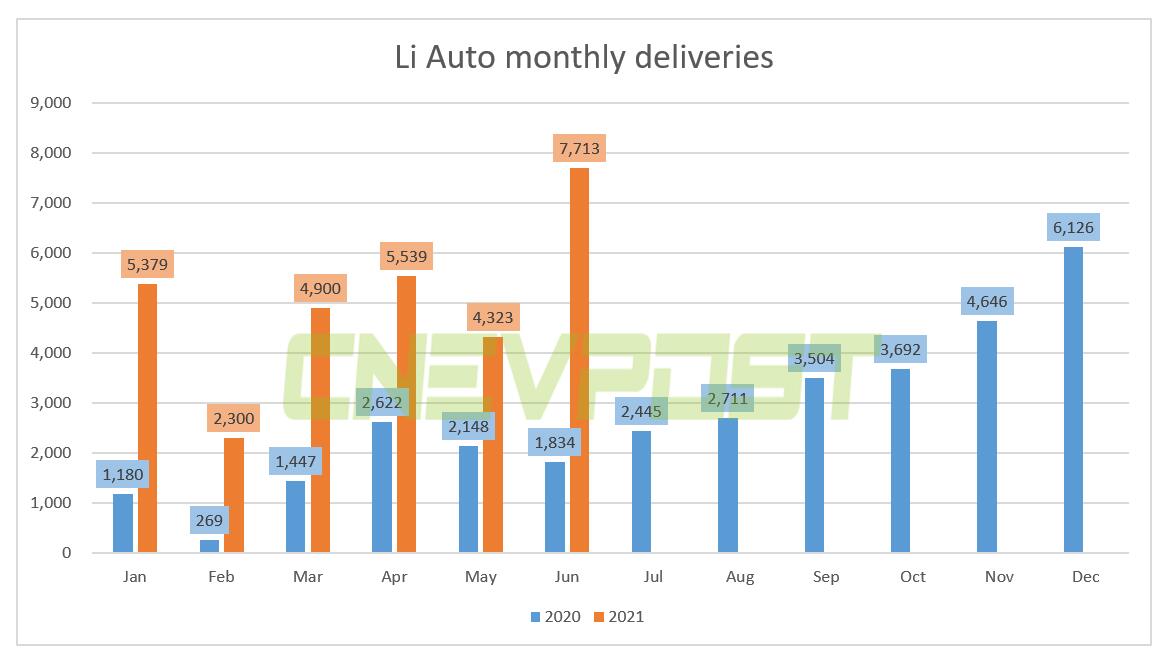 Chinese electric carmaker Li Auto delivered a record 7,713 units of the Li ONE, the company's only model, in June, benefiting from a model refresh.

That's up 320.6 percent from a year ago and up 78.4 percent from May, data released by the company Friday showed.

Deliveries of the new Li ONE began on June 1. However, perhaps because many potential owners were waiting for the new model, Li Auto's deliveries slipped about 22 percent to 4,323 units in May compared to April.

"June was the first full month since the launch of the 2021 Li ONE, and we are very grateful to our customers for recognizing the 2021 Li ONE with such a good result," said Shen Yannan, co-founder and president of the company.

Li Auto's second-quarter deliveries were a single-quarter high and exceeded the upper end of its previous earnings guidance figures of 14,500-15,500. 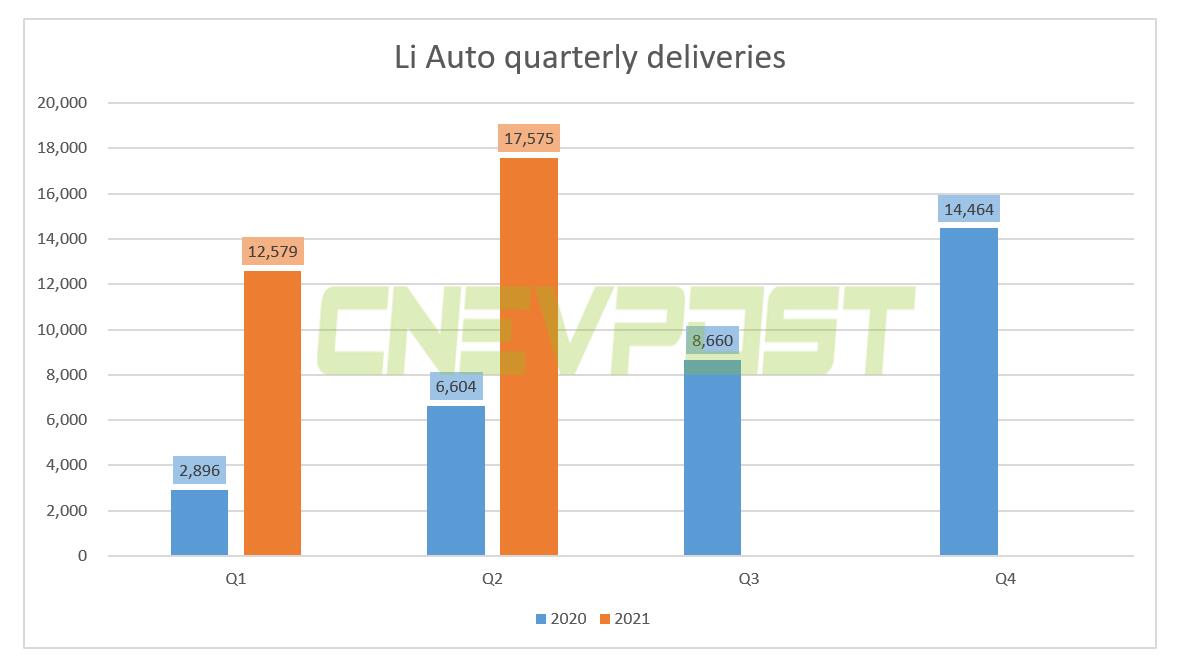 This was the first time the company exceeded 8,000 deliveries in a single month, up 20.4 percent compared to May.

The company also delivered 17,398 units in the second quarter, its strongest quarterly delivery result ever.