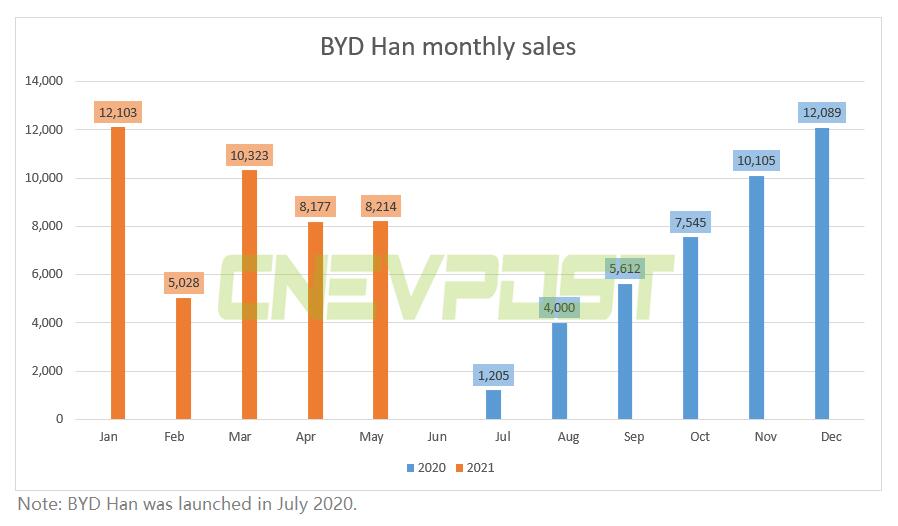 BYD Han sales reached 8,214 units in May, essentially unchanged from 8,177 units in April, according to figures released by the new energy vehicle company backed by legendary US investor Warren Buffett.

The Han EV has an average sales price of RMB 260,000 yuan or more, and the Han top model accounts for 60 percent of overall sales, BYD said.

Among Han owners, 67 percent are already owners of luxury or ultra-luxury cars, with a large proportion of people with high education and high income.

A total of 72 percent of Han owners are distributed in first and second-tier cities such as Beijing, Shanghai, Guangzhou, Shenzhen, Hangzhou and Xi'an.