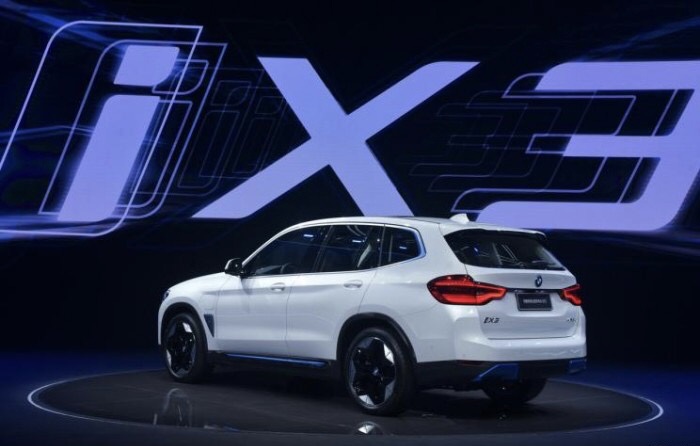 With the rapid growth of the smart car industry in China, there are more and more recalls by car companies due to software design, and BMW is the latest one.

BMW Brilliance, a joint venture between BMW and Brilliance Auto based in the northeastern Chinese city of Shenyang, has announced a recall of 6,636 China-made iX3 electric vehicles with production dates from September 1, 2020 to April 30, 2021, effective June 1.

According to a statement published Friday on the official website of China's State Administration for Market Regulation (SAMR), BMW Brilliance announced the recall because of a design problem with the software in the battery control unit of these vehicles, which poses a safety hazard.

In the event of a serious vehicle crash, the software in their battery control units does not ensure that the intermediate circuits in the high-voltage on-board network discharge quickly within the required time frame, the statement reads.

BMW Brilliance will upgrade the battery control unit software for the vehicles covered by the recall free of charge through the Over-the-air (OTA) method, which can be completed by users without visiting a store.

For vehicles that cannot be recalled via OTA, BMW Brilliance will contact customers through authorized dealers to upgrade the battery control unit software for free to eliminate the safety hazard.

BMW unveiled the iX3 last September, the first all-electric midsize SUV in the company's history and the first to be sold to the global market with China as its sole production base.

This price is also comparable to the NIO ES8, but higher than NIO's midsize SUV, the ES6.

BMW had hoped to use this model to challenge Tesla and new car makers, including NIO, in the Chinese market, but the latest recall is expected to hit it in that ambition.

This is the latest recall in the Chinese market due to a software design issue.

With the increase in software-related problems in vehicles, the number of recalls by car companies has increased significantly, and OTAs have become an important way to fix "vulnerabilities" and resolve product problems.

The IHS Markit 2020 annual report showed that from 2014-2019, there were 213 vehicle recalls around program or software issues in China, involving 6,830,200 vehicles, accounting for 9.0% of the overall number of recalls.

Among these 213 recalls involving program or software, there were 169 recalls conducted through OTA, accounting for 79.3%, and the number of vehicles involved was 5.097 million, accounting for 74.6%.

It is noteworthy that in the face of the increasing number of software-related problems, on November 25, 2020, the SAMR issued the Notice on Further Strengthening the Regulation of Automotive OTA Technology Recalls, which for the first time set forth uniform requirements for vehicle companies to conduct recalls through OTA.

Following the release of these requirements, on March 12, Mercedes-Benz recalled more than 2.6 million vehicles through mass OTAs due to design issues with its communication module software.

"While we encourage companies to implement recalls by OTA, they cannot use OTA to avoid recalls or replace them," Xiao Lingyun, director of the SAMR Defective Products Management Center's automotive department, said previously.

Xiao said that for products with high safety requirements like automobiles, manufacturers cannot hide the truth about software problems in the name of OTA upgrades.