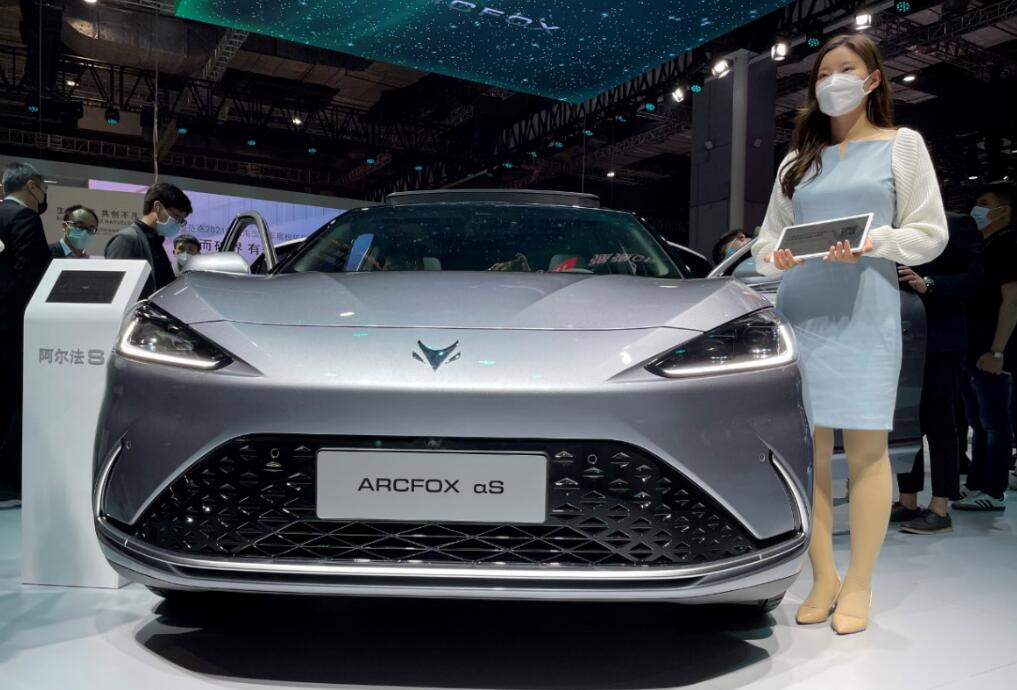 As one of China's most powerful tech giants, Huawei is starting to show strong potential in the automotive sector, with models associated with it gaining popularity.

Arcfox, the BAIC-owned EV brand, unveiled its highly anticipated Arcfox α-S model last month, with the higher-spec version featuring the Huawei Inside solution. Now, according to the Beijing News, orders for this model have exceeded 1,000 units in only one month.

Arcfox Vice President Wang Qiufeng revealed this information to the Beijing News on Tuesday, saying that the model will be delivered on a small scale in the fourth quarter of this year.

The starting price for this version is RMB 388,900 and a higher-spec premium version is priced at RMB 429,900. They are expected to be delivered in November this year.

Its self-driving capabilities were demonstrated in a video that went viral on April 16.

The video showed the vehicle smoothly driving across a roadway where pedestrians, electric vehicles and cars are weaving back and forth.

The car automatically detects pedestrians and vehicles in front of it and sends a warning tone to the car, in addition to a red warning image on the car's center console.

On a road full of parked cars on both sides, the car will automatically avoid vehicles in the opposite direction, and will also leave some space for non-motorized vehicles and pedestrians on the right when meeting.