Home › Huawei › Huawei says its self-driving technology is better than Tesla's, and this video convinced us 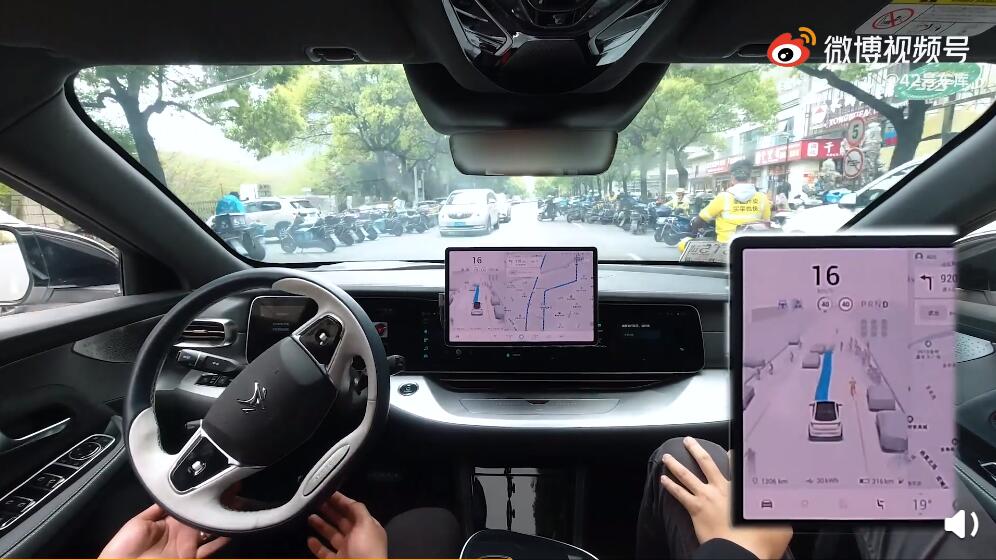 Huawei said on Monday that its self-driving technology is better than Tesla's, and we were a little skeptical. Now, with a vehicle equipped with its technology on the road, we're starting to believe that Huawei's claim was true.

On April 16, a video documenting the driving process began to spread virally on the Chinese Internet.

The video shows the vehicle equipped with a safety officer driving smoothly across a road where pedestrians, electric vehicles and cars are crossing back and forth.

You can watch the video here: Tencent Video

In addition to automatically detecting pedestrian vehicles in front of the vehicle and sounding a warning beep to the interior, the vehicle also alerts via a red warning image on the center console.

On the road full of vehicles parked on both sides, the car will automatically avoid vehicles in the opposite direction, will also be able to leave a certain amount of space for non-motorized vehicles and pedestrians to pass.

The staff said the car has a 360° camera in addition to a LiDAR in front of the vehicle as well as a millimeter-wave radar for sensing.

The car's self-driving function has better range accuracy than many of the ordinary smart cars currently on the market, the staff said.

The tech blogger who released the video said the BAIC Arcfox α-S may be available in different versions, with the high-end version supporting the Huawei Inside smart car solution with HarmonyOS smart cockpit.

"I don't know if they're bragging, but they told me that our car can do 1,000 kilometers in the city without intervention, which is much better than Tesla," Xu Zhijun, vice chairman and rotating chairman of Huawei said on Monday.

Huawei has partnered with BAIC New Energy, Changan Automobile and Guangzhou Automobile to create three sub-brands in the future.

Among them, Huawei and BAIC New Energy jointly create Arcfox, and will launch a series of models starting from the fourth quarter of this year.

The relevant models will be marked with HI logo on the body, which stands for Huawei Inside. These models are equipped with Huawei's advanced autonomous driving system and all Huawei intelligent vehicle solutions.