Cars equipped with the Huawei Inside can achieve 1,000 kilometers of intervention-free autonomous driving in urban areas, stronger than Tesla, the Chinese technology giant said in an April 12 event.

Xu Zhijun, vice chairman and rotating chairman of Huawei, said that every component made by Huawei has been put into use in the market.

Cars equipped with Huawei Inside will offer self-driving experiences in urban areas during the Shanghai Auto Show.

"I don't know if they're bragging, but they told me that our car can drive 1,000 kilometers in the city without intervention, which is much better than Tesla," Xu said.

Xu said that the smart car BU is a key industry for Huawei to invest in, and Huawei has the most complete BU with the most functions.

Xu said China sells 30 million cars a year, and that number will be even bigger in the future, so it seems that Huawei doesn't need to do anything outside of China.

Of course, any industry Huawei does is a global industry, not just the Chinese market, Xu explained.

Huawei to launch sub-brand 'Huawei Inside' for cars in Q4 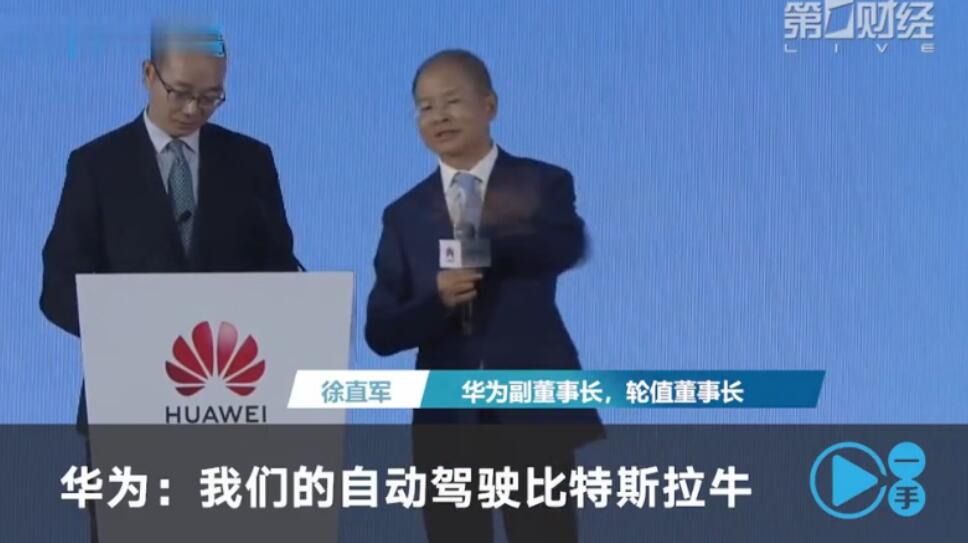