The female Tesla owner who climbed on top of a Model 3 at the Shanghai Auto Show to complain about faulty brakes was released from a five-day detention on Sunday.

The owner, surnamed Zhang, from the northern Henan city of Anyang, went to the hotel where her husband, Mr. Li, was staying, who said he wanted his wife to get some rest, according to Daxiang News.

Previously, the woman's father had a traffic accident while driving her car home, saying he was braking when the vehicle accelerated instead of slowing down, causing it to rear-end multiple cars in front of him.

The local traffic police determined that Zhang's father had caused the accident by driving the vehicle illegally and should be held fully responsible for the accident.

On March 9, the Zhengzhou market regulator invited Tesla and the female owner to mediation, where the two parties disagreed and the mediation was unsuccessful. Zhang then protested several times.

On April 19, at the Tesla booth at the Shanghai auto show, the owner stood on top of a red Model 3 wearing a T-shirt that could be translated as "Brake Failure" and protested, causing widespread concern.

She was then forcibly carried out by staff and detained for five days for disturbing public order.

While she was in custody, on April 22, Tesla released to the media the driving data from the minute before the accident and provided a written explanation. But the move was challenged by the owner's family, who claimed privacy was violated. 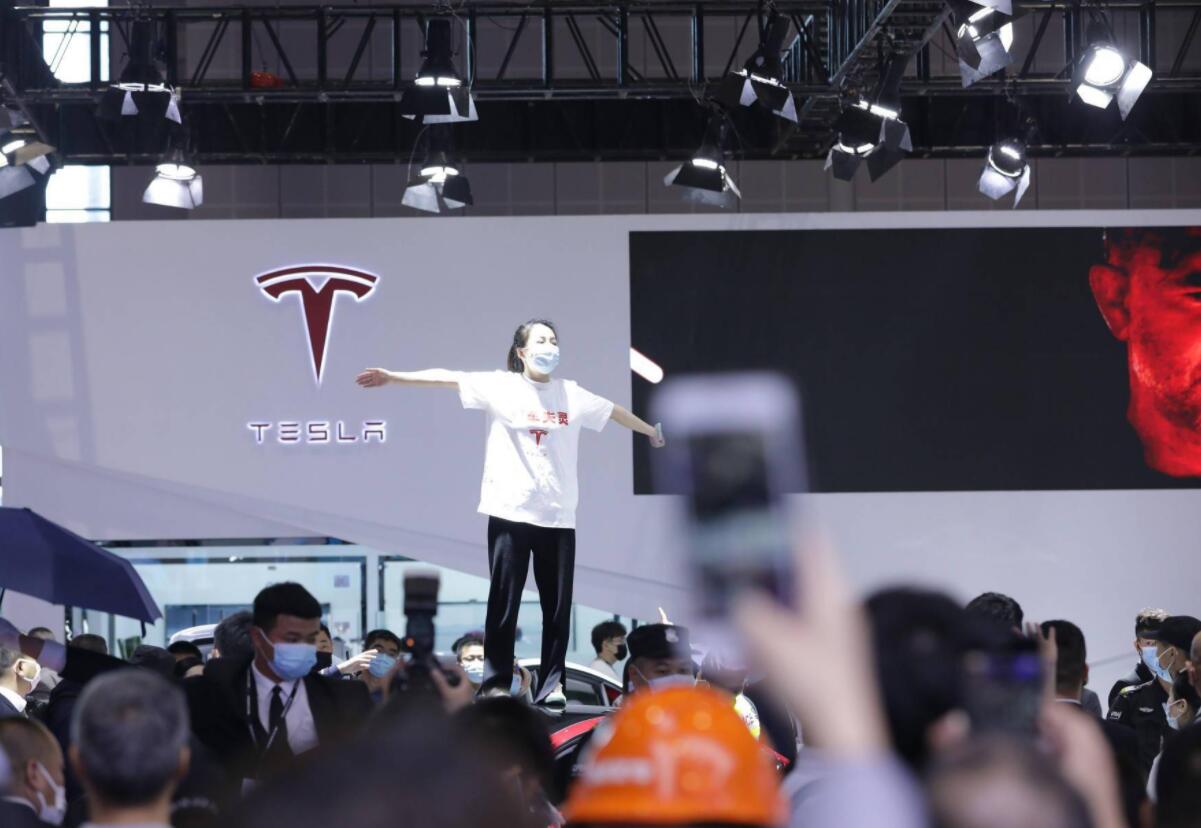