Tesla involved in yet another crash that injured 4 people 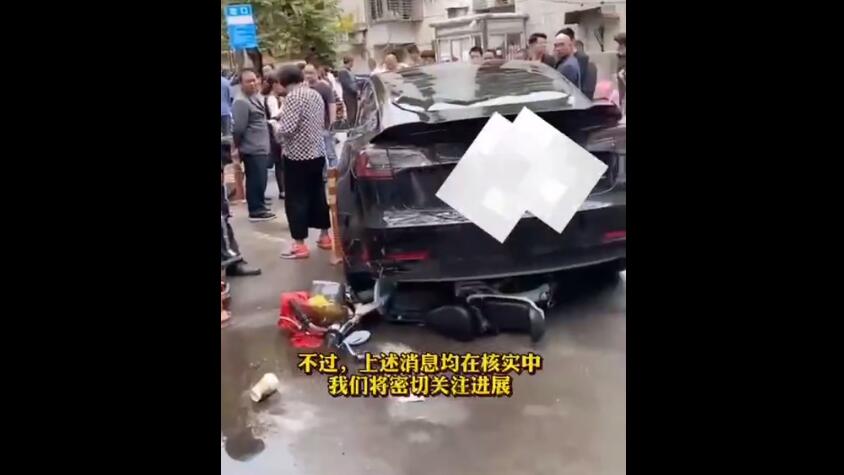 The recent negative news about Tesla seems to have no tendency to stop.

According to a report in the Xiamen Daily, a Tesla in the southeastern coastal city hit an electric scooter while backing up at 11:53 a.m. on April 25, injuring four people.

The report said the injured were a family of four, including the mother, her 7-year-old son, and twin 3-year-old sons.

The owner of the car, a 56-year-old woman, collided with an obstacle on the left side of the car when the vehicle was started. She then collided with a moving two-wheeled electric vehicle at the rear while backing up.

The accident resulted in injuries to the 35-year-old electric vehicle driver and three children on the electric vehicle who fell to the ground, one of whom suffered a broken leg and the others suffered bruises, according to the report.

The injured have been taken to hospital and the driver is cooperating with the police investigation, which initially ruled out drunk driving, and the cause of the accident is under further investigation, the report said.

The Weibo account "Tesla Customer Support" said the vehicle did not have a brake system failure before the accident and is cooperating with traffic authorities for further investigation.

This is another accident involving a Tesla vehicle in China.

Guangzhou police issued a notice on April 21 saying that at around 22:00 on April 17, a Tesla collided with a concrete barrier on the road and another small car, resulting in the death of the Tesla's passenger on the spot.

The accident did not cause any other injuries and the cause of the accident is still under further investigation, police said.

On April 19, at the Tesla booth at the Shanghai Auto Show, a female owner wearing a T-shirt with the words translated as "Brake Failure" stood on top of the car in protest, causing widespread concern. She was then forcibly carried out by staff and detained for five days for disturbing public order.

The incident put Tesla in the spotlight, and the owner was released Sunday, but her dispute with Tesla has not yet been resolved.

A Tesla in Guangzhou catches fire in collision, killing one passenger