A Tesla owner wearing a T-shirt with the words translated as "Brake Failure" shouted that Tesla's brake was not working on the roof of a car at Tesla's booth during the Shanghai auto show on Monday, humiliating the company at the highly anticipated event.

The move seems to have been planned in advance to attract media attention, as the Shanghai auto show was only open to registered media on Monday and Tuesday.

Three minutes later, the car owner was forcibly pulled off by security guards and a fence was erected at the Tesla booth. 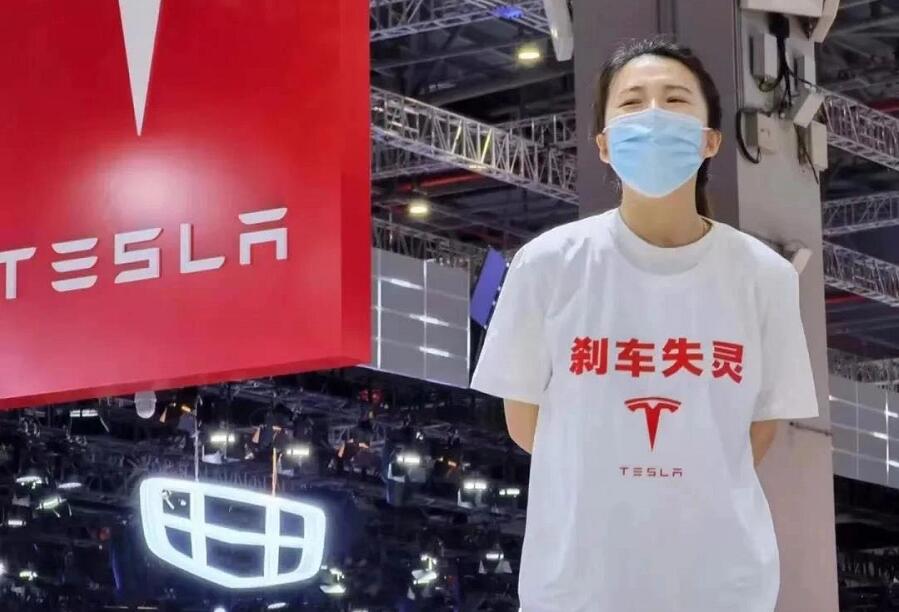 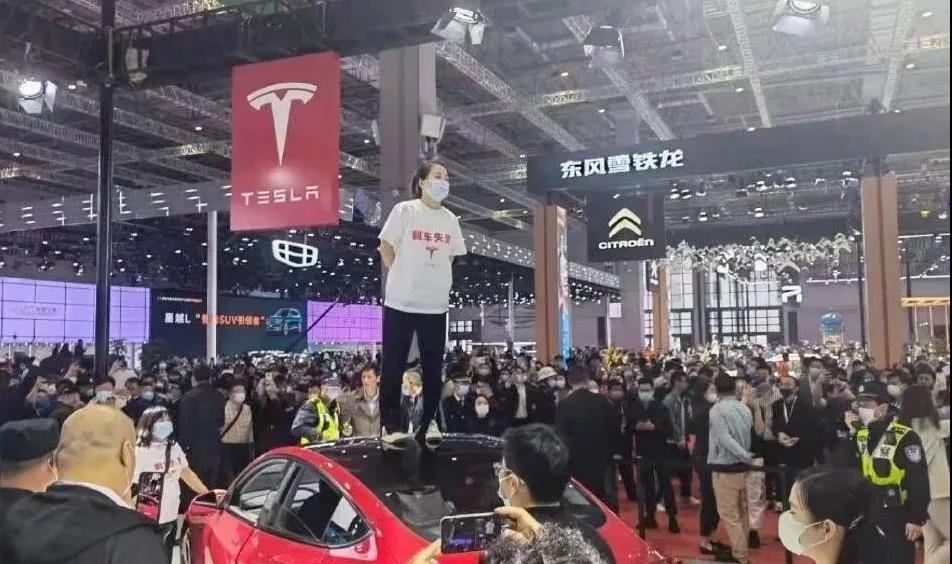 Videos from the scene went viral among Chinese internet users, making Tesla's ordeal a stark contrast to the highly popular itinerary of other electric car companies on the floor.

Tesla responded that it had verbally persuaded the user several times at the booth and, after consulting with the show organizers, asked public security enforcement officials to persuade the user to leave. 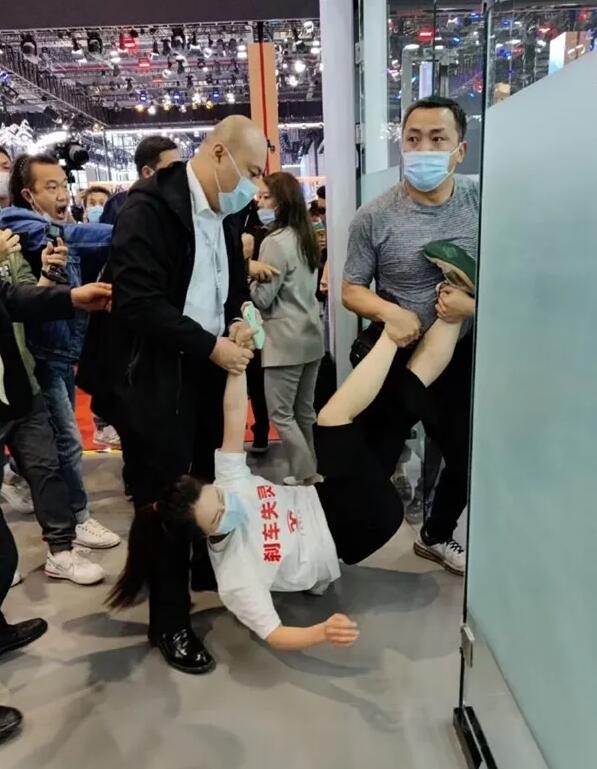 Tesla said the user in Anyang, Henan Province, had a collision in February due to speeding violations and insisted on the return of the car on the grounds of product quality.

Tesla said it had offered multiple solutions during the past two months that were rejected by the user, who did not accept any form of third-party testing.

Grace Tao, vice president of Tesla China, said at the booth that the company has no way to compromise, which is a necessary process for new product development. She added that research shows 90 percent of customers are willing to choose Tesla again.

Last month, the same Tesla owner in Anyang sat on top of her Model 3 with a loudspeaker and wrote in black letters on a white cloth, "Tesla brakes are not working."

The user also used a megaphone to play a recording of "Tesla Model 3 brakes failed during the Spring Festival holiday, causing a traffic accident that nearly killed a family of four.

Join our Telegram group to be alerted the moment we publish an article: t.me/CnEVPost
#Auto Show#Shanghai Auto Show#Tesla#Tesla China
1
Comments (0)