Car companies' sales in China mostly dropped sharply in February because of the impact of the Chinese Lunar New Year holiday. With the arrival of March, their sales rebounded.

Tesla China's March sales reached 35,478 units, up 94 percent from February and 249 percent from a year ago, according to data released Friday by the China Passenger Car Association (CPCA). 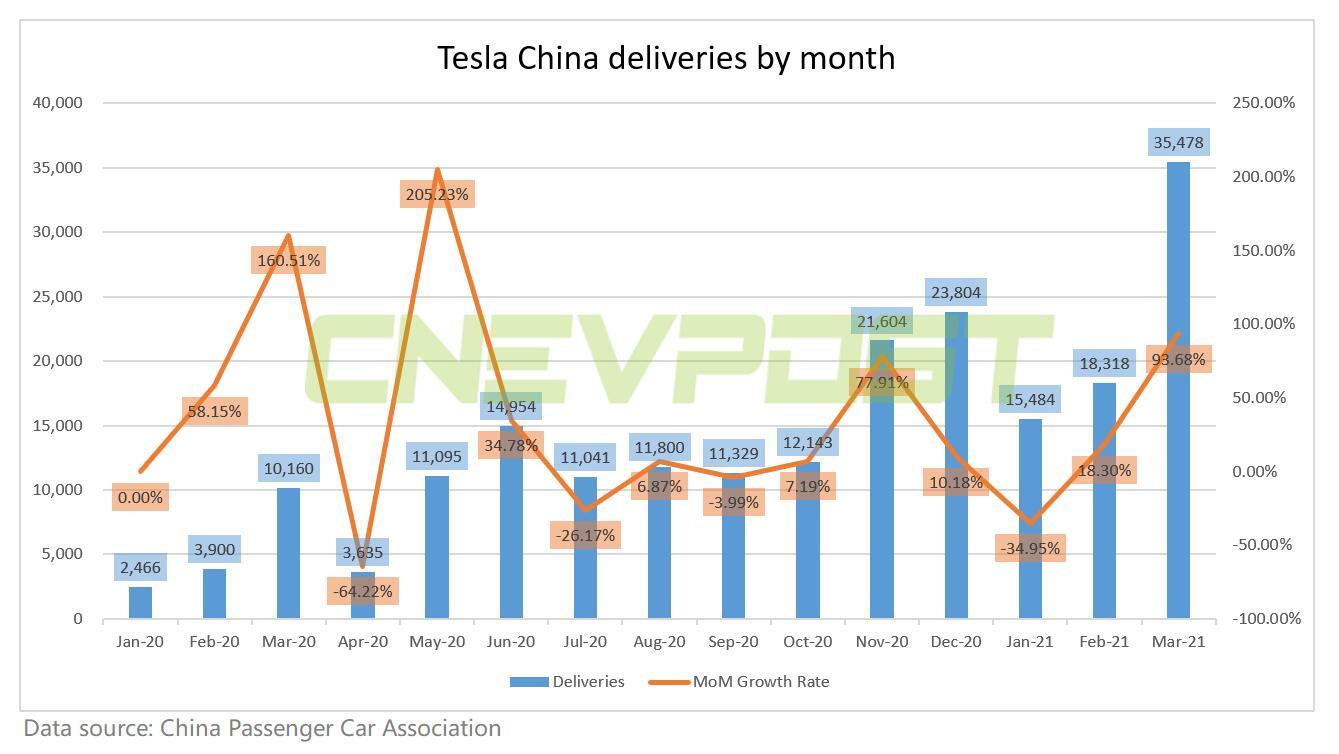 On January 1, Tesla announced that the China-made Model Y went on sale with a starting price reduction of approximately RMB 150,000 compared to the previous imported version.

Subsequently, it was reported that within 10 hours of the China-made Model Y going on sale, the number of orders soared to more than 100,000 units.

However, according to Yicai.com, Tesla insiders said that reservations and test drives for the Model Y were brisk, but that the 10-hour, 100,000-unit figure was exaggerated.

NIO delivered 7,257 vehicles in March, up 373.4 percent year-over-year and up 30 percent from February, setting a new high for deliveries in a single month.

The company announced at the end of March that production at its Hefei plant would be suspended for five working days from March 29, 2021, due to a chip shortage.

NIO accumulated 20,060 deliveries in the first quarter, surpassing 20,000 units for the first time in a single quarter.