Li Auto's sole model, the Li ONE, delivered 4,900 units in March, up 238.6 percent from the same month last year and 113 percent from February, according to data released by the company today. 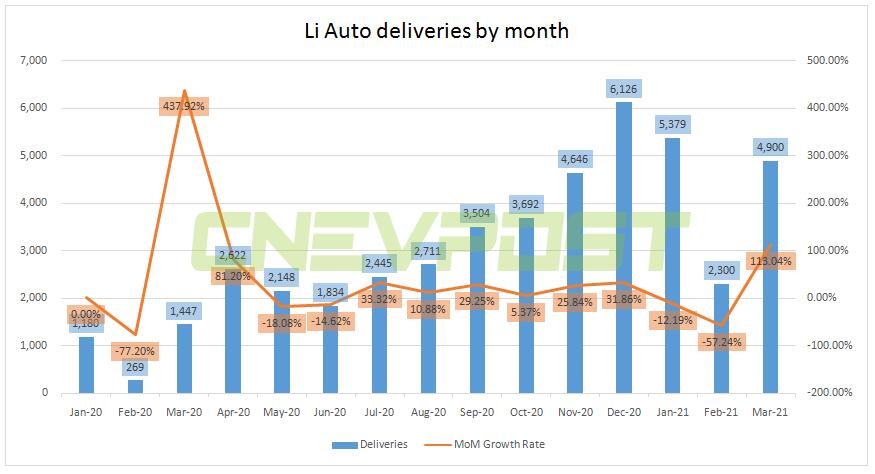 This delivery volume of NIO is another record high for single-month deliveries. It delivered a total of 20,060 units in the first quarter, surpassing 20,000 units for the first time in a single quarter.

XPeng Motors announced yesterday that it delivered 5,102 vehicles in March, up 384 percent year-over-year and 130 percent from February.