Why did shares of US-listed Chinese EV trio NIO, XPeng Motors and Li Auto fall in Monday's premarket, even though there was no bearish news directly related to them? 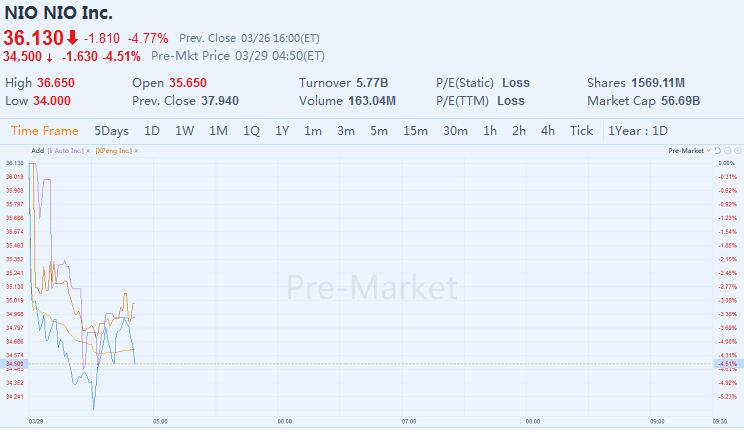 For these three companies - especially NIO and XPeng - there was actually good news earlier today.

Local media cls.cn cited sources familiar with the matter as saying that NIO and XPeng have submitted their listing applications to the Hong Kong Stock Exchange, while Li Auto has yet to submit its application.

This means NIO and XPeng are one step closer to going back to Hong Kong, and once they complete their listing in Hong Kong, it means they will be able to get financing from closer to home.

Another good news for NIO earlier today is that it signed a strategic cooperation agreement with the Chinese arm of German retail giant METRO, which will see the two cooperate on the construction of charging stations and battery swap stations.

So, why are they still being sold off? Official media skepticism about the industry could be a major reason.

A Xinhua article critical of the industry

New energy vehicles are listed as one of China's strategic emerging industries, but there are currently many problems in the industry, according to an article published by the official Chinese media Xinhua on Sunday.

These problems include "exaggerated product specifications," "companies that haven't even sold a single car yet but already have a market value of hundreds of billions," and "false marketing," and they have become a constraint on the industry's hidden worry for further healthy development.

The report said Evergrande Auto's market capitalization has reached HK$500 billion, making it the second-largest car company in Hong Kong stocks after BYD, but the company has yet to have a mass-produced model on sale.

Evergrande Auto has released nine new vehicles, but none of them have been mass-produced so far. Despite this, the company's shares are up about 100 percent this year, with a current market value of about HK$550 billion. 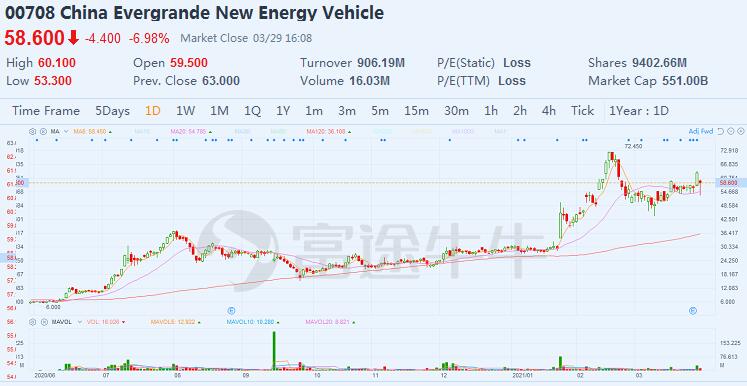 Perhaps influenced by this report, Evergrande Auto fell quickly after the opening bell today, down 15% at one point, before closing down about 7%.

The Xinhua report also mentioned that a well-known car company's previous claims about its breakthroughs in battery technology were said to be untrue, drawing criticism from many experts and the industry.

Although NIO was not named, it seems that in China's new energy vehicle industry, only NIO has previously sparked controversy for its solid-state batteries.

At the NIO Day held on January 9, NIO, in addition to unveiling its first sedan, the ET7, said it would deliver a 150kWh solid-state battery capable of giving the sedan a range of more than 1,000 kilometers in the fourth quarter of 2022.

The move has aroused great concern, with shares of electrolyte suppliers plunging in China's A-share market, and speculation ruing high about who NIO's solid-state battery supplier will be.

For solid-state batteries, however, the battery industry previously agreed that a short-term launch was unlikely. CATL, China's largest automotive lithium-ion battery maker, has said that its solid-state batteries will be launched by 2030. Toyota, which entered the game earlier, will not be able to launch it until 2025.

State-run media cnr.cn at the time quoted Xiong Boqing, chairman of the Guolian Automobile Power Battery Research Institute, as saying that solid-state batteries will not be commercially available so soon. "All-solid-state batteries are nowhere near commercialization, and it's still difficult to even do a demo right now."

Completely conquering the technology of all-solid-state batteries within 10 years is difficult and not possible for at least these five years, he said, adding that "we also study this."

Li Auto was directly named, and the report said that some car companies often try to shrug off their responsibilities, "For example, in the Li ONE new energy car axle breakage incident, the car company first used the 'hardware optimization upgrade' excuse, and only later admitted the existence of design flaws under public pressure."

The brand's products were not ejected after a serious collision, and the car company responded that "the place where it hit was not the point," the article said.

The article also mentions Tesla, saying that in a number of accidents caused by the unexplained acceleration of Tesla electric cars, the company has tried to attribute the cause of the accident to owner misuse.

The company went so far as to blame the State Grid in the new car power outage in January this year, the report said.