Carbon neutrality has been a hot topic of discussion among Chinese companies recently, with the A-share index for this sector having risen 30% this month. Now fossil fuel energy giant China Petroleum & Chemical Corporation (Sinopec) has also set its timeline for achieving this goal.

With net-zero emissions as the ultimate goal, Sinopec will strive to achieve carbon neutrality 10 years ahead of China’s commitments and make a positive contribution to the fight against global climate change, the company's chairman Zhang Yuzhuo said Monday.

Zhang made the pledge at an earnings conference. The company's results announced Sunday showed that it achieved a turnover and other operating income of RMB 2.11 trillion ($322 billion) and profit attributable to shareholders of RMB 33.1 billion in 2020.

Zhang said Sinopec will actively embrace the energy revolution and industrial change, promote the formation of an industrial pattern based on energy resources, with new energy, new materials, and the new economy as important growth poles, and make every effort to build a world-leading clean energy and chemical company.

In the context of carbon peaking and carbon-neutral, Sinopec will coordinate the transformation and upgrading with carbon reduction process, structure optimization, and carbon emission control, Zhang said.

The company has set net-zero emissions as its ultimate goal, to ensure that it achieves CO2 peaking before the national carbon peaking target, and aims to achieve carbon neutrality by 2050, 10 years ahead of the national target, Zhang said.

He also mentioned that Sinopec will make hydrogen energy the main direction of its new energy business, and will build 1,000 hydrogen refueling stations or combined oil-hydrogen stations during its 14th five-year plan to build "China's No. 1 hydrogen energy company".

It is worth noting that it was previously rumored that NIO would collaborate with Sinopec on the construction of the former's iconic exchange stations.

In an article published earlier this month, the Securities Daily said, "Going to a gas station to change the battery of a new energy vehicle? That scenario is becoming a reality."

In this context, when the "scandal" of cooperation between Sinopec and NIO came, industry insiders were mostly optimistic, the report said. 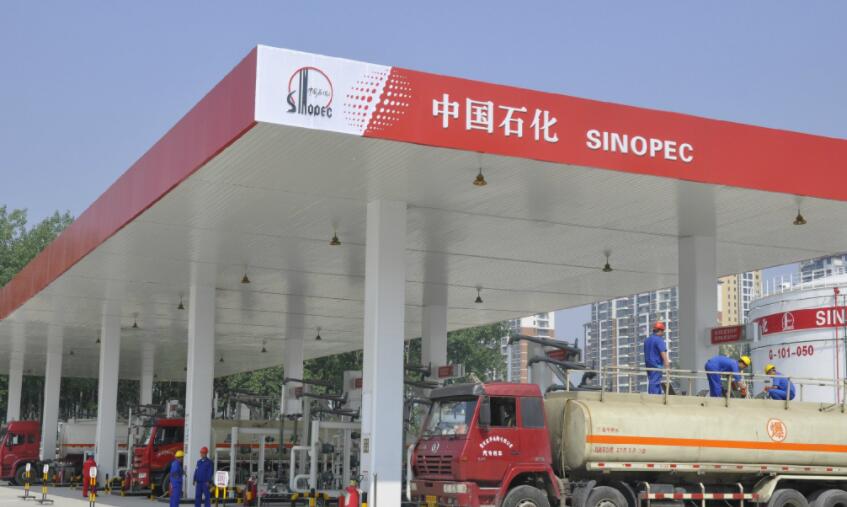