NIO falls 10% pre-market amid broad market sell-off, here is why

The US stock market was widely sold off in pre-market trading on Tuesday, with the Chinese electric car trio also falling sharply. 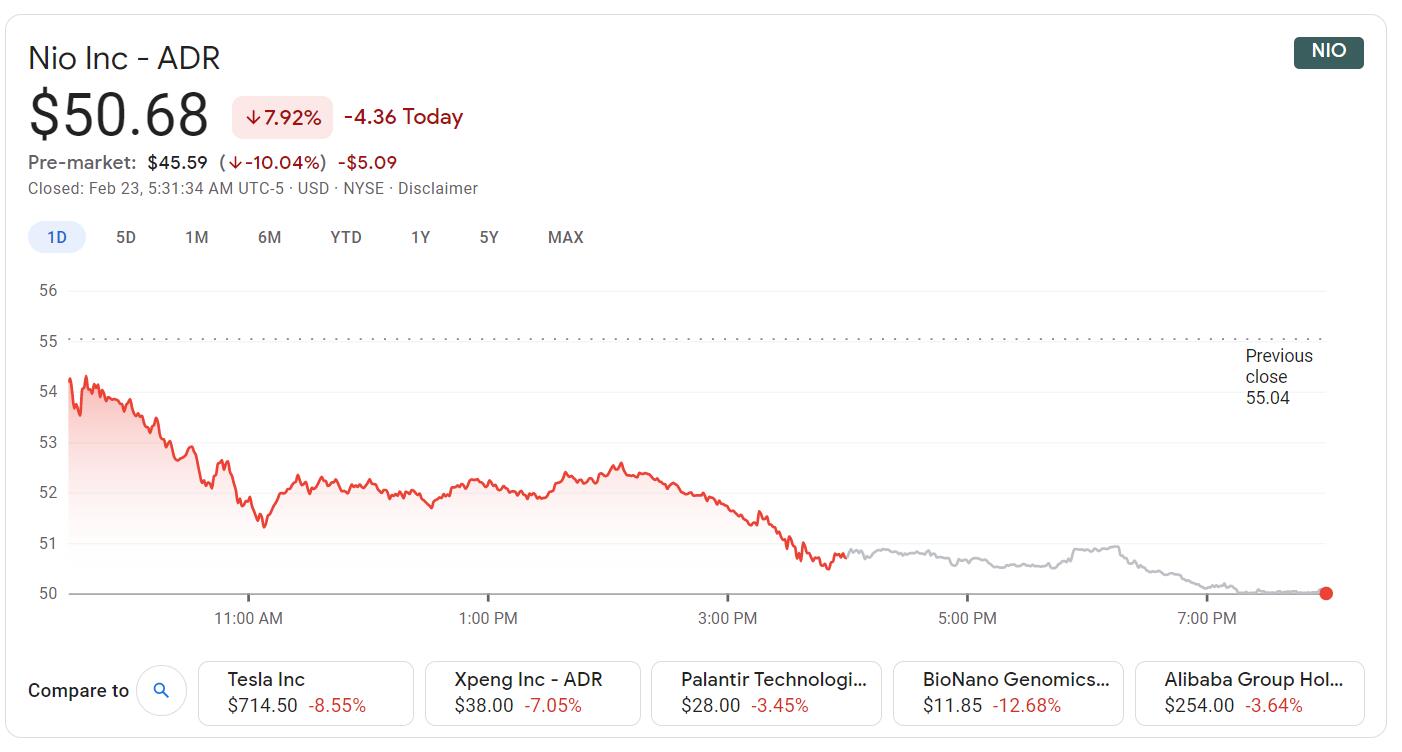 There is no immediate catalyst for the decline of these popular electric car stocks, which comes at a time of widespread selling in the US market.

The Chinese EV trio all saw significant year-over-year growth in deliveries in January. In the view of analysts, this trend will continue.

In a report on Monday, Zhongtai Securities said the Chinese new car maker has differentiated itself from Tesla in terms of meeting customer demand or pricing, and Tesla and the new car maker's competitors are dominated by fuel vehicles, the report said.

"As the sales network continues to expand, we expect the new forces' deliveries to remain at a high growth rate," the report said.

As for NIO, the latest development is that its second-generation battery swap station has completed validation and has begun critical pre-deployment testing, with formal deployment set to begin in April.

William Li, founder, chairman, and CEO of NIO, and the company's president Qin Lihong were on site for the testing, proving the importance the company places on the next-generation battery swap station.

For XPeng, the 180-day lock-up period on its shares expired February 22 EST, and they will be free to float from February 23.

That means XPeng insiders will be able to trade their holdings freely. The size of the lockup is currently unknown.

Edison Yu, an analyst at Deutsche Bank, alerted this to investors on Twitter, saying "it's been a tough few weeks for bulls......4Q ER (earnings report) can potentially change narrative."

Li Auto on Monday set an ambitious goal of becoming the No. 1 smart electric vehicle company in China with a 20 percent market share by 2025.

The company's founder, Li Xiang, laid out the plan in an internal letter today, implying that Li Auto wants to reach the level of VW and Toyota in the smart electric vehicle segment. VW's market share in China in 2020 is 19.3% and Toyota's share is 10%.

Li said he is optimistic about the sales growth of new energy vehicles, but at the same time believes that there is uncertainty in the global economy under the influence of Covid-19 and global debt.

US Treasury Secretary Janet Yellen said Monday that trading with bitcoin is an "inefficient" way to handle these exchanges, which consume an incredible amount of energy. Bitcoin is also a highly speculative asset, she argued.

As these assets plunge, many investors are becoming concerned about the rise in US Treasury yields.

The yield on the benchmark 10-year US Treasury note has risen to 1.357%, the highest level since February of last year. And this higher rate is usually bearish for risk assets. 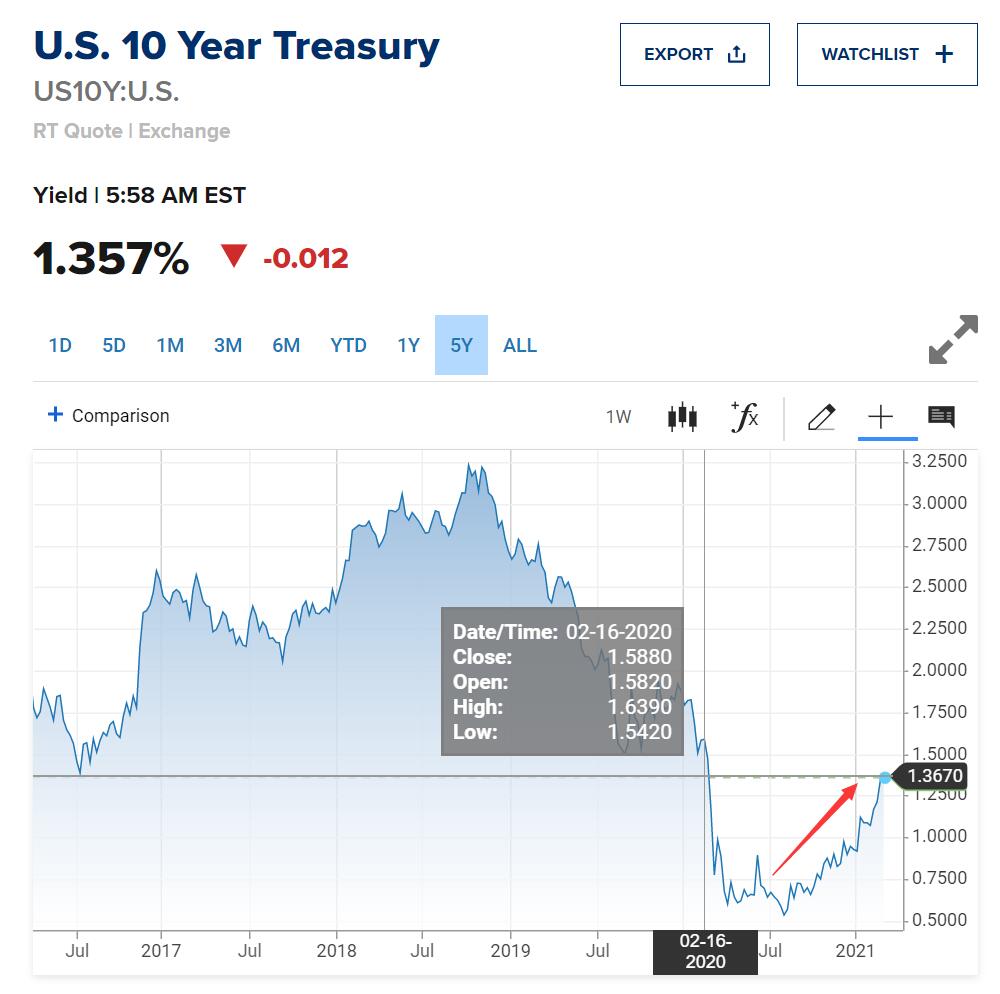