At the end of last year, NIO said owners drove more than 100 million kilometers with the NIO Pilot, reaching 100,162,943 kilometers.

This means that not only is NIO's product ownership growing, but users' trust in NIO Pilot is also growing.

The accumulation of data from many users brings a direct benefit that NIO can continue to iterate and upgrade the NIO Pilot in the future through big data analysis.

As an auto-assisted driving system developed by NIO, NIO Pilot has undergone 9 important iterations through FOTA since its launch 614 days ago, bringing as many as 20 major functions.

NIO Pilot's Navigate on Pilot is the first navigation-assisted driving function in China that uses high-precision maps for mass production. 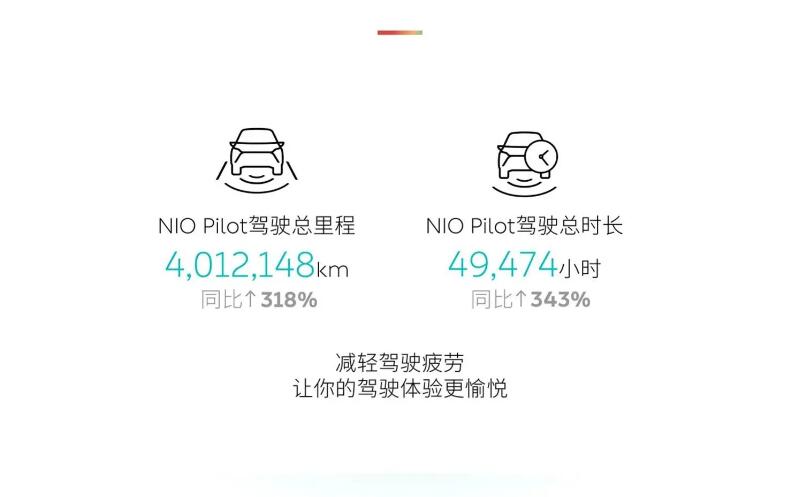