CATL launched the first generation of CTP (Cell To Pack) battery technology for passenger cars in 2019, allowing the electric cells to be integrated directly into the battery pack. 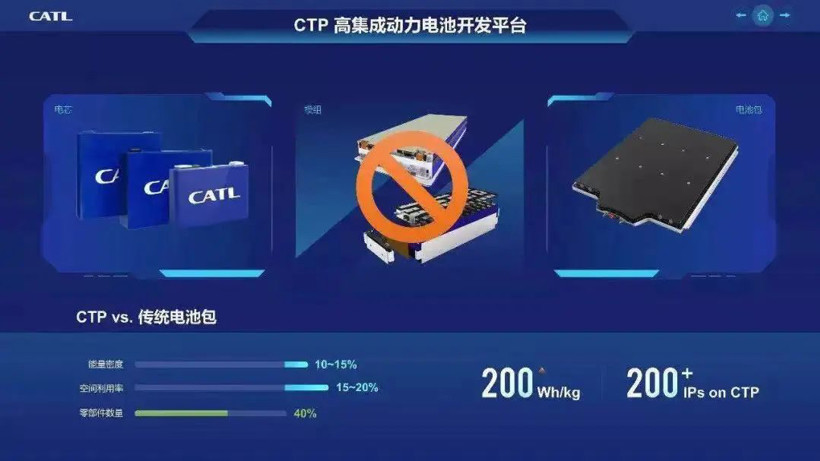 This type of battery, by eliminating the need for a battery module, allows for a 15-20% increase in volume utilization, a 40% reduction in the number of parts, and a 50% increase in production efficiency compared to traditional battery packs.

To date, CATL's CTP battery technology has been used in a number of hot selling pure electric models including the China-made Tesla Model 3 and NIO.

The same naming principle as CTP, but the second C in CTC is the meaning of Chassis. In other words, under CTC battery technology, the electric cell can be integrated directly into the chassis, thus achieving a higher degree of integration.

According to CATL Chairman Zeng Yuqun's previous introduction, CTC technology will not only rearrange the battery, but also take the motor, electric control, and high-voltage module into consideration. In the future, CTC technology will further optimize power distribution and reduce energy consumption through intelligent power domain controllers.

In terms of range, CTC technology can minimize the weight and space of battery packs by eliminating the need for castings, thus enabling electric vehicles to have a range of at least 800 km.