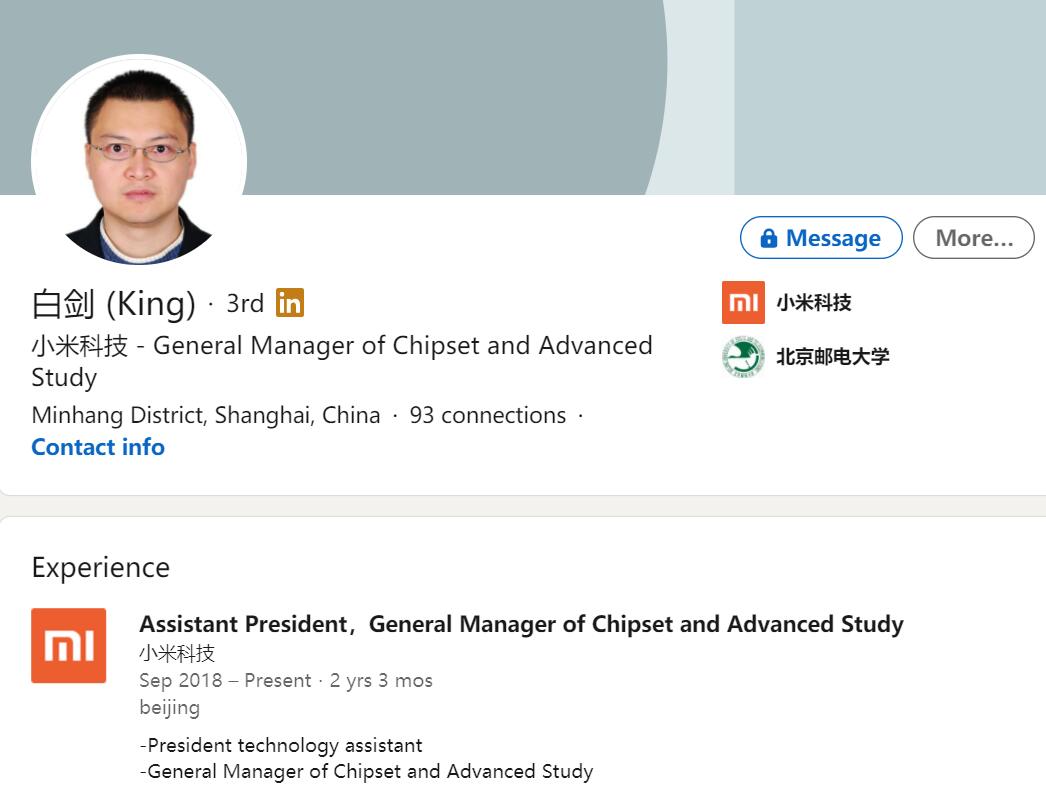 Earlier reports indicate that NIO is planning to develop its own automated computing chip. NIO has set up a separate hardware team, internally called "Smart HW (Hardware)", to push forward the development of its own chip.

Bai is also not the first techie that NIO has brought on board since the relaunch of its Autopilot program.

Prior to Bai, Ren Shaoqing, former director of R&D at Momenta, joined NIO in August as assistant vice president, reporting directly to Li.

However, as financial pressure increased, NIO made several layoffs in the North American team in 2019. Jamie Carlson, the original vice president of autopilot based at NIO North America, left in June to return to Apple's Special Projects Group.

In response to the chip-making report, NIO was quoted by iAutoDaily late in October as saying, "NIO has been continuing to invest in the field of automated driving technology. We will communicate details about AD's specific technology route, research, and development hardware and software when the time is right, and we can't respond to market rumors one by one."