Many owners have complained about the blackout of the onboard screens, frequent loss of network connectivity, and various fault codes randomly appearing in VW's ID series electric cars. 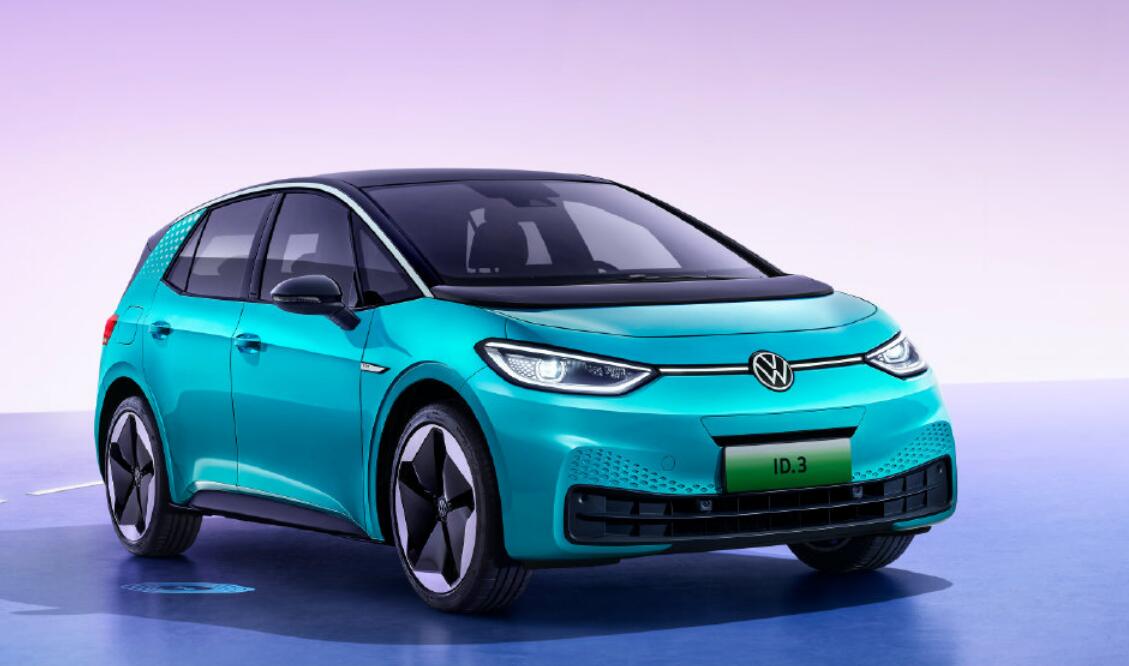 A number of videos recently shared on Chinese social media by alleged owners of Volkswagen's ID series models show their vehicles experiencing abnormal blackout on the onboard screens, with all driving information, including speed and remaining charge, disappearing.

These owners then released an open letter to SAIC-Volkswagen, a joint venture between Volkswagen and SAIC, detailing the problems they experienced with their vehicles and setting out their demands.

Starting in June 2021, SAIC-Volkswagen's ID.4 and ID.6, as well as the ID.3, which went on sale in China in October 2021, have experienced in-car system failures, including black screens on the center console and the instrument screen, according to the open letter, which is dated December 1.

Owners have been giving feedback to dealer stores about these problems, but SAIC-Volkswagen and its dealers have not been able to provide substantial solutions, according to the open letter.

In October 2022, the number of owners who reported these problems gradually increased and on November 29 these problems broke out on a large scale in China, the open letter mentions.

The open letter lists these failures as:

Some vehicles have fault codes after powering on, and the vehicle cannot start.

These faults seriously affect the driving experience and safety, and bring safety risks to the owners as well as others, the open letter reads.

These owners demanded that SAIC-Volkswagen immediately stop the sale of the vehicles with problems and rectify them under the supervision of the regulatory authorities.

They demanded that SAIC-Volkswagen completely repair the vehicles sold and eliminate the safety hazards, and compensate consumers whose daily use was affected by the malfunction.

They also demanded that SAIC-Volkswagen issue a written apology to the affected consumers.

In Sunday's report, local media Jiemian quoted a SAIC-Volkswagen source as saying the company would address the issues as soon as possible and apologized for the inconvenience they had caused to consumers.

"After a series of technical analyses, software optimization, and testing and verification, we have the appropriate technical solutions for the current feedback from users, which will be launched soon," the source said.

It's worth noting that these problems are not limited to SAIC-Volkswagen's ID series, as another Volkswagen joint venture in China, FAW-Volkswagen, also has similar problems with its ID series.

This is the second high-profile user complaint action in China's new energy vehicle (NEV) industry so far this year.

On January 18, dozens of Mercedes-Benz EQC owners issued a joint statement saying they had been asked to replace their motors or power cells after their vehicles had experienced at least one motor malfunction.

These owners demanded that Daimler China acknowledge the error and provide a reasonable response.

Mercedes-Benz Beijing subsequently announced a recall of 10,104 EQC electric vehicles in February and expanded that recall in late October. 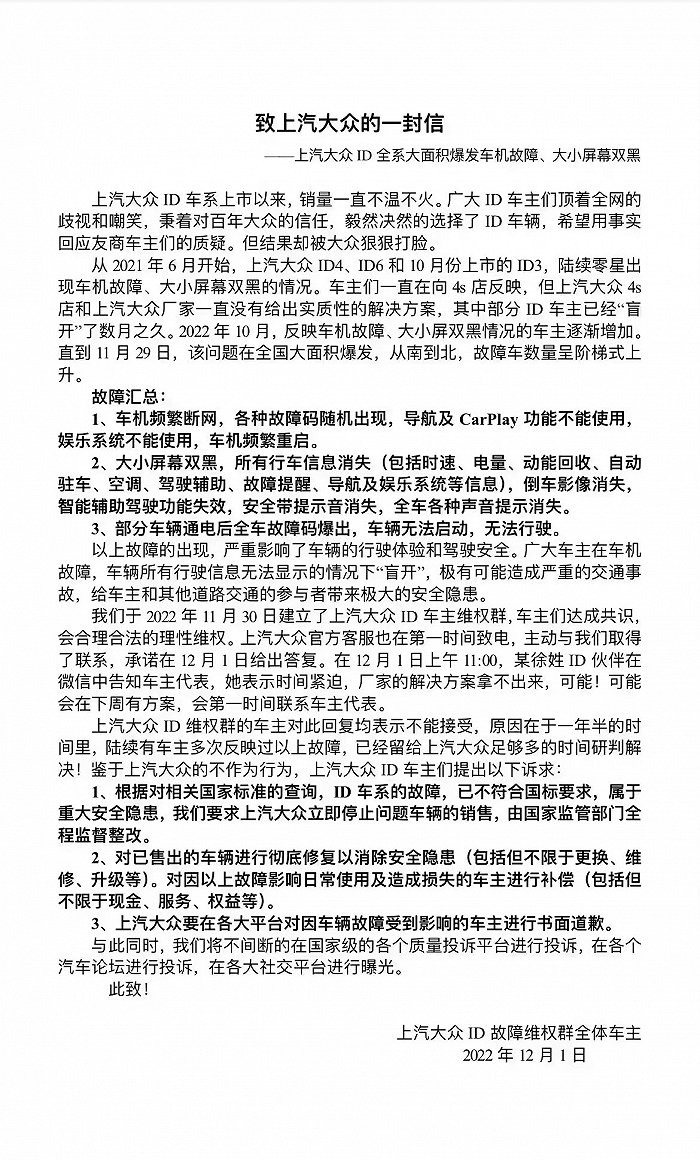