Gotion High-tech was awarded the mining right for a period of five years, with a design production scale of 3 million tons per year.

A subsidiary of Gotion in Yichun, Jiangxi province, was awarded a five-year mining right on November 28 for a lithium-bearing clay mine with a design capacity of 3 million tons per year, according to a press release today.

This is another important move for Gotion in the upstream raw materials sector, and the company is currently accelerating the project for the early operation of the mine, it said.

In February 2021, Gotion signed a contract with the Yichun municipal government to establish a subsidiary in Yichun.

In March 2022, the subsidiary became the controlling shareholder of a local lithium producer, which has prospecting and mining rights in the area.

On May 20, Gotion was awarded the exploration right to a lithium mine located in Yichun's Yifeng county in an auction for RMB 460 million ($65.9 million).

The company acquired an exploration right covering 0.26 square kilometers with a porcelain ore resource of 55.07 million tons and an associated lithium metal oxide volume of 181,750 tons.

Gotion ranked fourth in China in October with a 4.52 percent share of power battery installations, according to data released last month by the China Automotive Battery Innovation Alliance (CABIA). 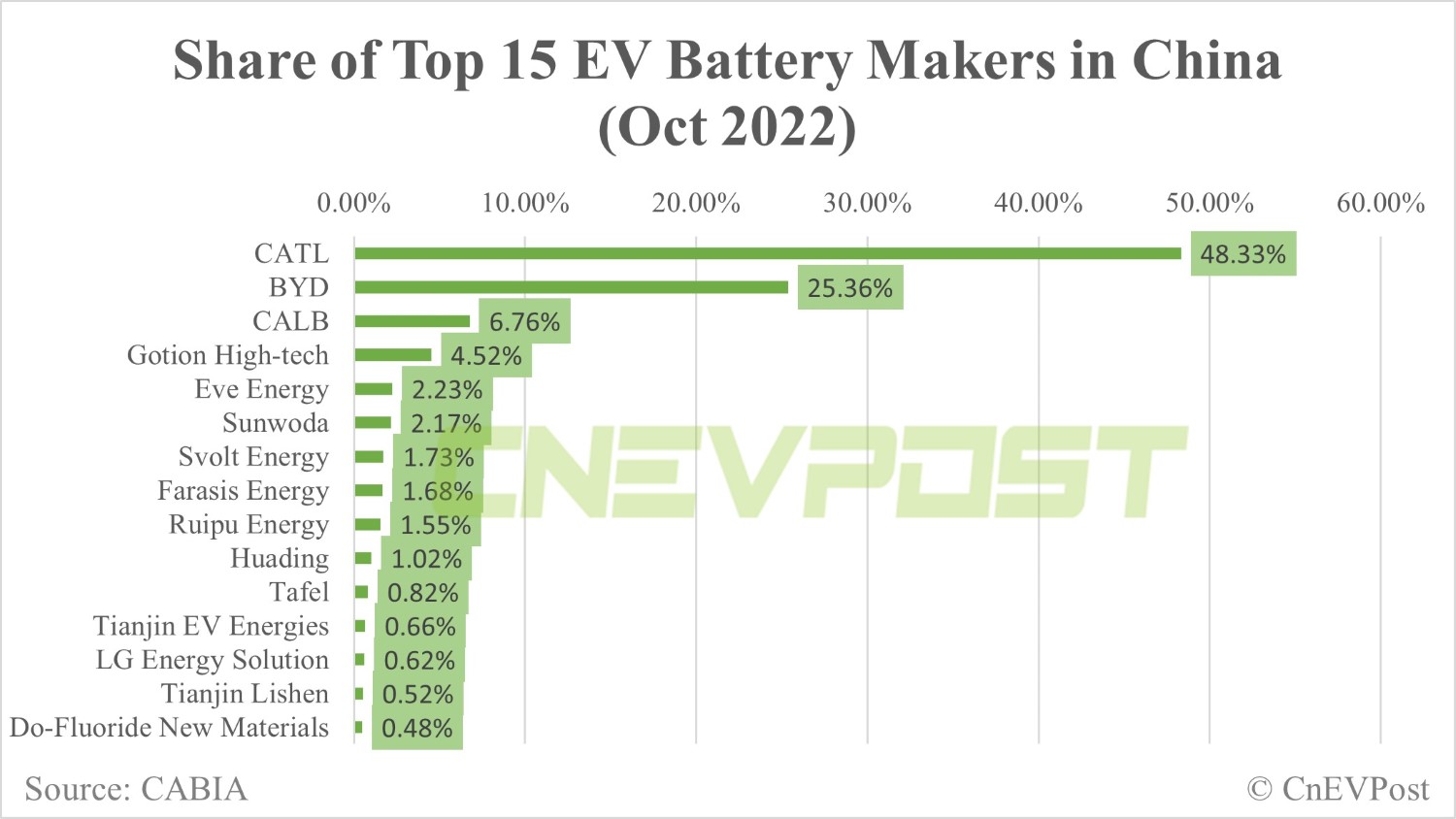 As one of the key raw materials for power batteries, lithium resources are critical for manufacturers.

In recent days, the price of lithium carbonate has fallen slightly in China and now stands at around RMB 577,500.

In the long term, however, Morgan Stanley argued in a research note last week that there will still be a supply shortage of lithium that could slow the transition to electric vehicles.

While the lithium sector has an impressive pipeline of projects, long-term supply growth looks challenging given the execution risks, the team said.