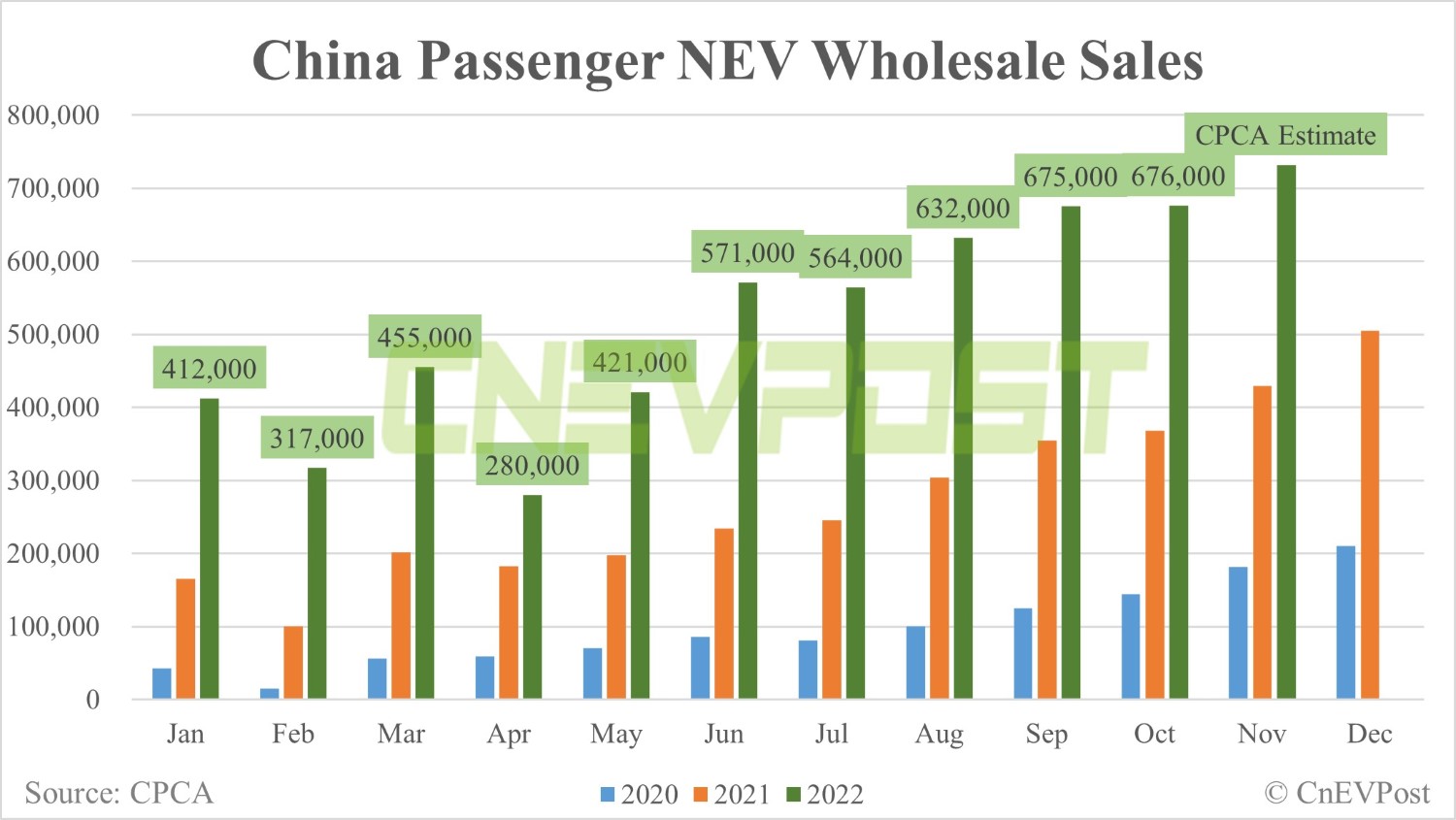 China's wholesale sales of new energy passenger vehicles in November were about 732,000, according to estimates released today by the China Passenger Car Association (CPCA).

At a time when international oil prices are at a high level, demand in China's new energy vehicle (NEV) market has remained steady, the report said.

Production and sales in China's new energy passenger vehicle market were strong in November, with leading players such as BYD, Tesla and SAIC-GM-Wuling maintaining good momentum, the CPCA said.

For those companies that sold more than 10,000 units in wholesale sales in October, their estimated sales in November were 614,000 units.

That means Chinese new energy passenger vehicle sales in November were at 732,000 units, a record high, the CPCA said.

Among the major NEV companies, some manufacturers cut production in November, the CPCA said, without mentioning the companies by name.

However, the number of major vehicle companies with sales of more than 10,000 units in November remained largely stable compared with October, the CPCA said.

BYD ranked No. 1 in wholesale sales of new energy passenger vehicles in November with 229,942 units, according to the CPCA.

Tesla China ranked second with 100,291 units, and SAIC-GM-Wuling ranked third with 76,165 units, according to a list published by the CPCA. 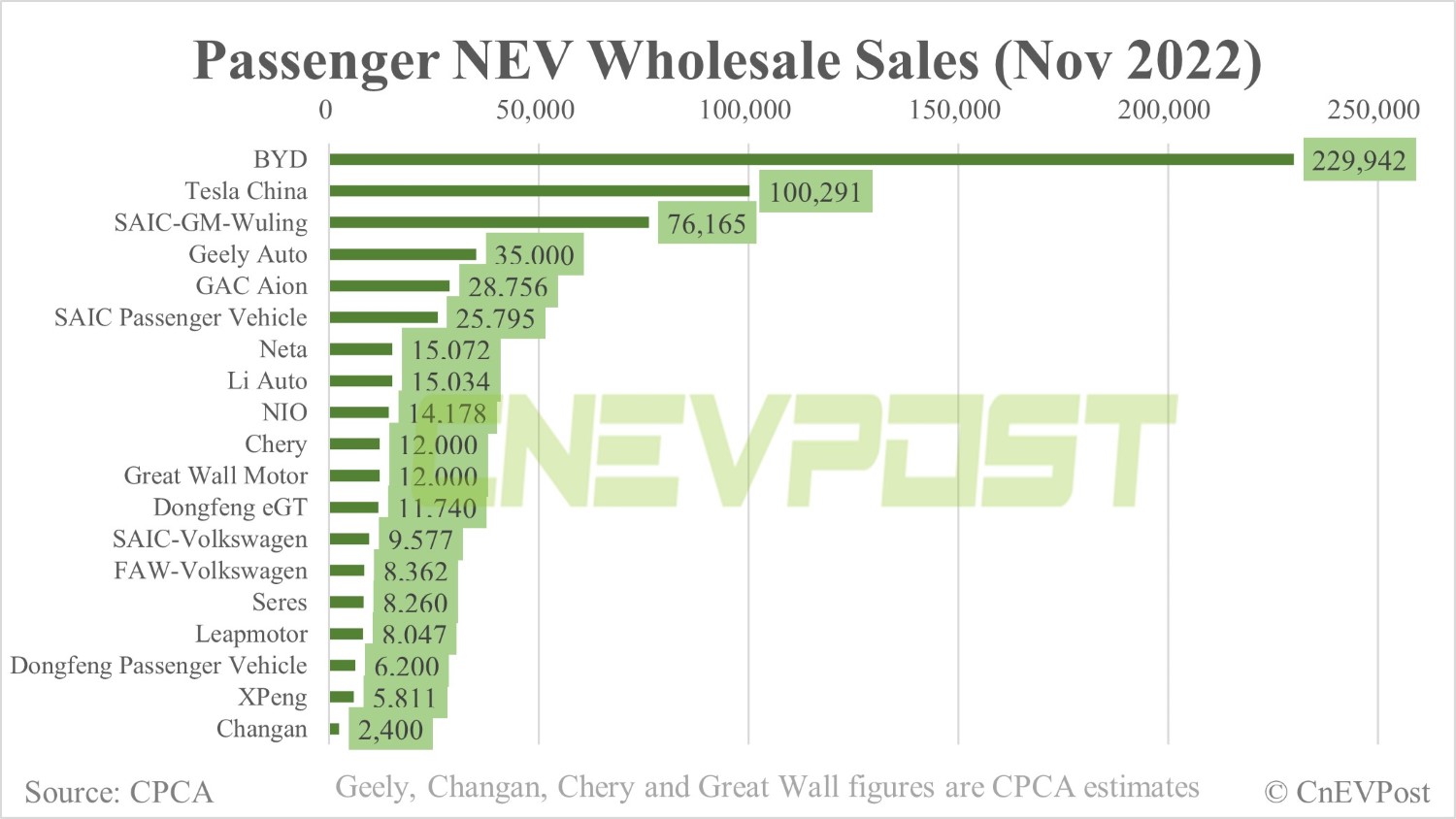 For Tesla, its November sales of 100,291 China-made vehicles were a record high.

Tesla's Shanghai plant produces the Model 3 sedan as well as the Model Y crossover, which are not only delivered to local consumers but are also used for export.

Export, as well as local delivery figures for Tesla Shanghai, are not yet available, and they are expected to be known in a few days.

Notably, earlier today, Bloomberg reported that Tesla plans to reduce production by about 20 percent at its Shanghai plant as soon as this week.