The NIO ET7 has won the Technological Frontrunner award from Auto Awards Denmark, beating out rivals including the Mercedes-Benz EQS and Tesla Model Y. 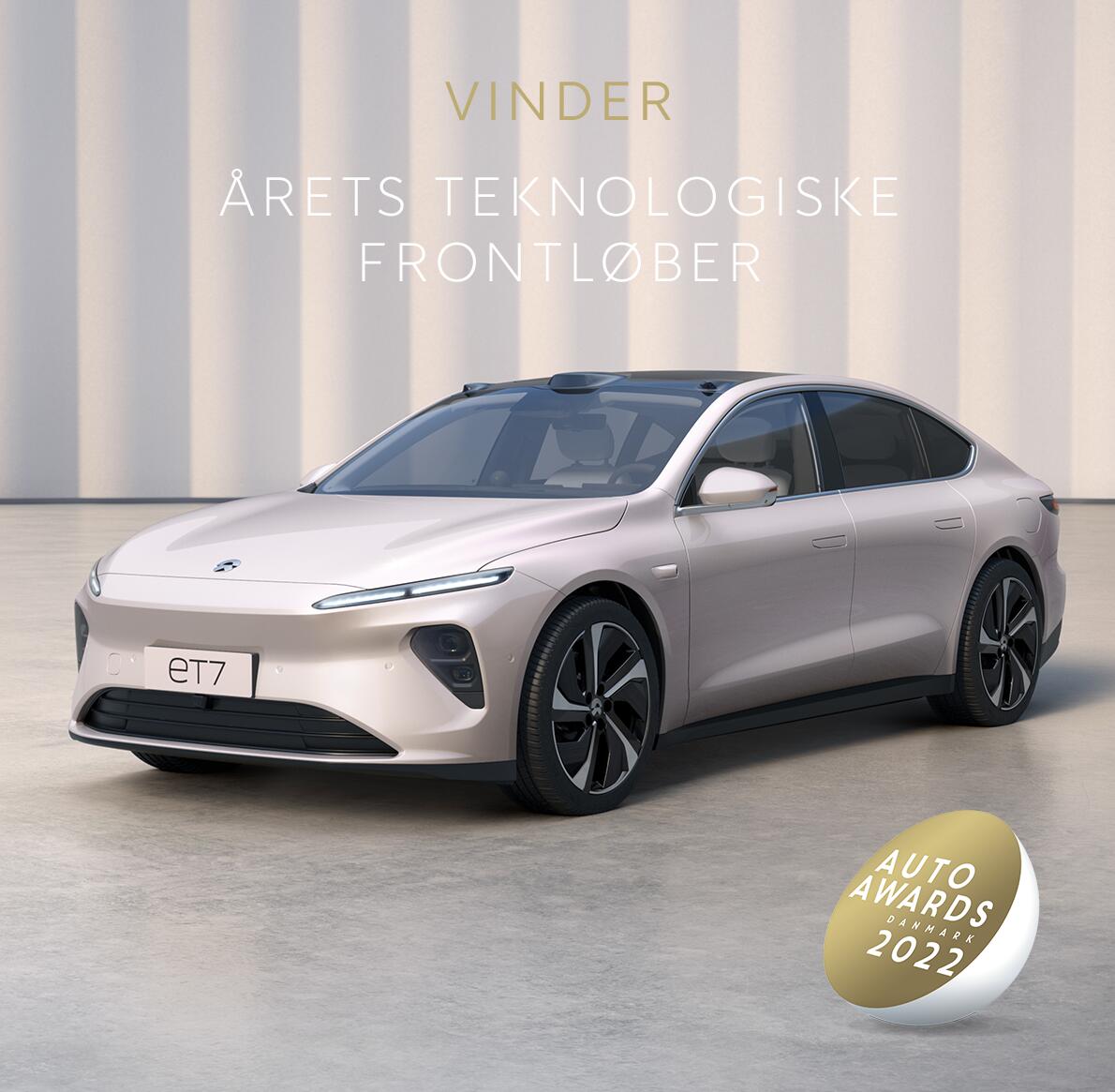 NIO's flagship sedan, the ET7, won a new award in Denmark, after the model won a prestigious award in Germany earlier this month.

The NIO ET7 won the Technological Frontrunner award from the Auto Awards Denmark on November 22 local time, beating out strong rivals including the Mercedes-Benz EQS and the Tesla Model Y, according to an article posted by NIO on its mobile app today.

The Auto Awards Denmark is prestigious in the Danish automotive community and recognizes models and brands in the industry that have made outstanding contributions, inspired others or challenged conventional thinking, according to the article.

The Technological Frontrunner award is given to models that have brought about change and innovation in areas such as environmental protection and autonomous driving technology.

Other models competing with the NIO ET7 for the award include the Mercedes Benz EQS, Tesla Model Y, Renault Megane e-tech, Kia EV6 GT, and VW ID. Buzz, according to the Auto Awards Denmark website. 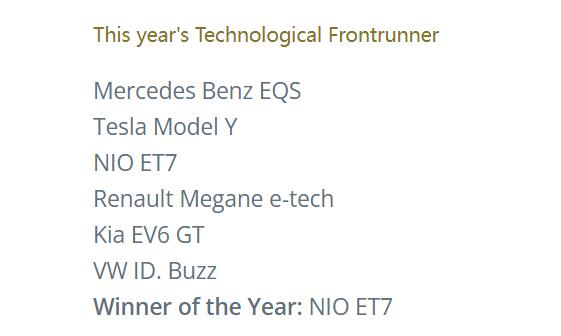 At the award ceremony in Copenhagen, the capital of Denmark, the first ET7 users in Denmark, together with NIO staff, received the trophy from Daniel Søgaard Hald, editor-in-chief of Mobilsiden.dk magazine, according to the article in the NIO App. 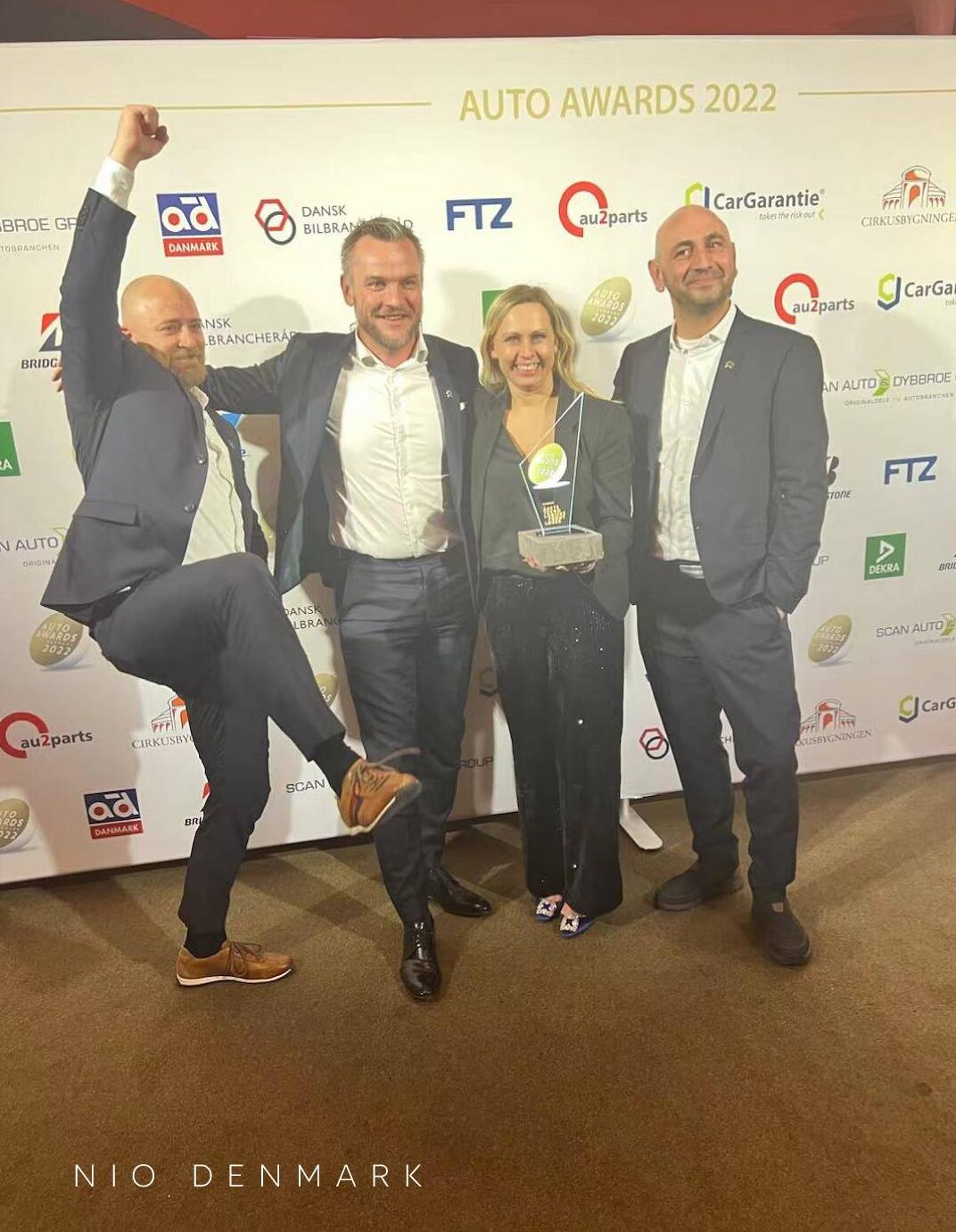 The award for the NIO ET7, which has been available in Europe for just one month, demonstrates the recognition of users and the industry, said Marius Hayler, general manager of NIO Denmark.

On October 7, NIO introduced the ET7, EL7 and ET5 to European consumers at the NIO Berlin event, although at that time only user leasing was allowed in Germany, the Netherlands, Sweden and Denmark instead of buyouts.

On November 21, NIO began offering purchase options for all three models in these four European countries as planned.

On November 10, NIO announced that it had won the Golden Steering Wheel Award in Germany, with the ET7 winning in the " Medium and Upper Class" category.