Chinese team builds flying car prototype unlike any other

The flying car consists of three separate modules: an autonomous vertical takeoff and landing vehicle, an intelligent control cockpit, and an autopilot chassis. 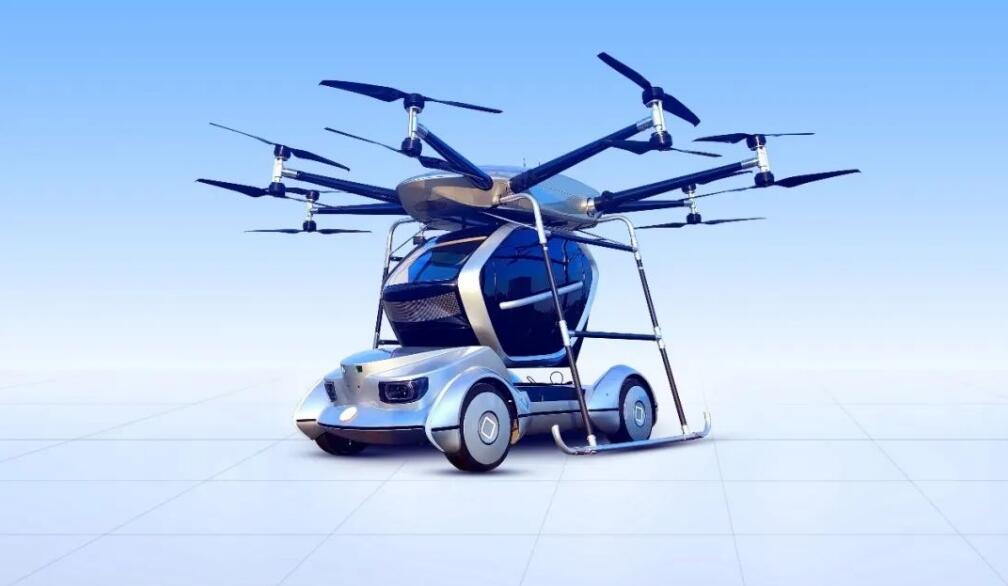 In the field of electric vertical takeoff and landing (eVTOL) manned vehicles, some are exploring helicopter-like forms, while others are exploring forms that can travel on land and fly in the air.

Each of these designs is different, but they are all one integrated product. Now, a Chinese team has designed a prototype that demonstrates another possibility.

A team led by Xiang Changle, a member of the Chinese Academy of Engineering, and including members of the Beijing Institute of Technology, recently unveiled a two-seat engineering prototype of a manned flying car, the world's first such product with a split design, according to information released Saturday by the university.

The flying car consists of three separate modules: an autonomous vertical takeoff and landing vehicle, an intelligent control cockpit and an autopilot chassis, capable of switching between driving and flight modes. 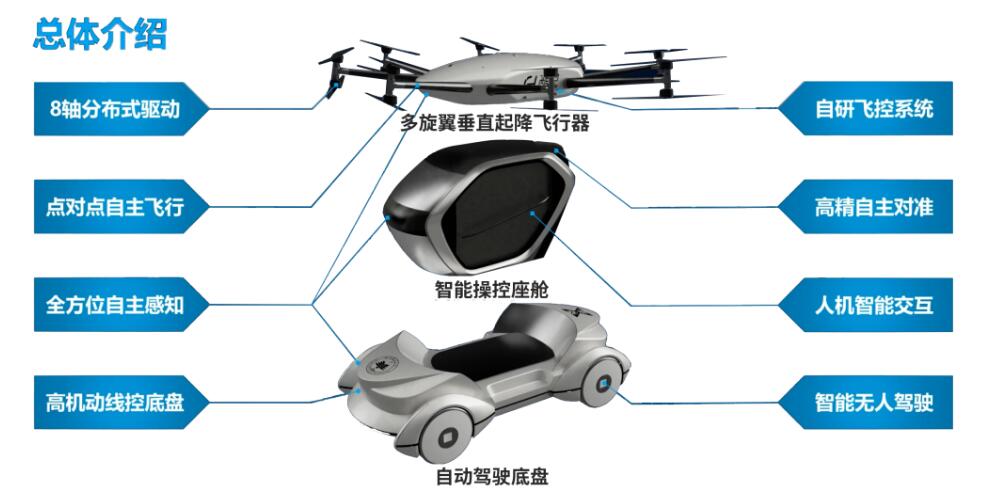 The autonomous vertical takeoff and landing vehicle has a maximum takeoff weight of 650 kg and a net payload of 280 kg.

The cockpit has an ultra-lightweight design, weighing only 80 kg.

The maximum load of the autopilot chassis is over 500 kg, and the maximum speed can reach 80 km per hour.

Compared with the unibody structure flying car, the 3 modules of the split design has greater flexibility, according to the report.

After the driver drives the vehicle underneath the vertical takeoff and landing vehicle, the chassis will lift the cockpit to make a fixed docking.

The chassis then drives away from the cockpit and the vertical takeoff and landing vehicle carries the cockpit into the sky.

This design is unlike anything currently being explored in the eVTOL space, and the closest to its concept is probably XPeng Aeroht, a subsidiary of XPeng Motors.

At last year's Tech Day event on October 24, XPeng unveiled its sixth-generation flying car, which can both drive on land and fly in the air.

At the annual event this year, XPeng unveiled the latest version of the flying vehicle, the X3, saying it is closer to production status and that the test vehicle has successfully completed its first flight and multiple single-motor failure tests.

In driving mode, it rivals any conventional car in terms of functionality and measurements, the company said.

In flight mode, the flying car uses the steering wheel and the right shifter as controls to move forward and backward, turn, ascend, hover and descend.