Rumors have previously suggested that BYD's new personalized brand to be launched in 2023 will target the pickup truck market.

A model suspected to be a BYD pickup truck has been spotted testing, following rumors that the new energy vehicle (NEV) maker's personalized model will be a new energy pickup. 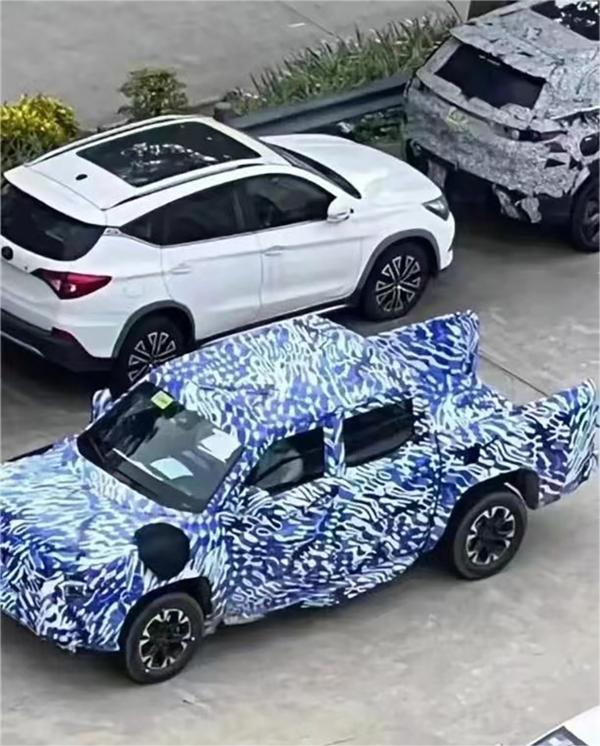 The pickup has a personalized rear cargo bed that looks very well proportioned to the body of the vehicle, the report said.

This is the first time we have a seen spy photo of what is suspected to be BYD's pickup truck model. The company's chairman and president Wang Chuanfu said on November 16 that BYD will launch a highly specialized and personalized new brand in 2023, in addition to the Yangwang brand.

The new brand will meet the increasingly prominent personalized needs of consumers, will focus on building with users and will recruit outstanding dealers to join, Wang said at the time.

The new personalized brand BYD will launch next year is likely to target the pickup truck market, and its first models will be those with hybrid and pure electric powertrains, Yiche said in a report Sunday.

So far this year, several Chinese cities have eased restrictions on access to pickup truck models, bringing a renewed interest in such models.

In October, pickup truck sales in China were down 6.8 percent to 41,000 units, also down 6.8 percent from September, according to data released earlier this month by the China Passenger Car Association (CPCA).

Great Wall Motor is the leader in the segment, selling 15,697 units in October, with SAIC Maxus in second place with 6,217 units and JAC in third place with 4,187 units, according to the CPCA's figures.