Owner's review of NIO ET7: It's good-looking, and quick!

It's not perfect. But then which car is? There are trade-offs that have to be made. 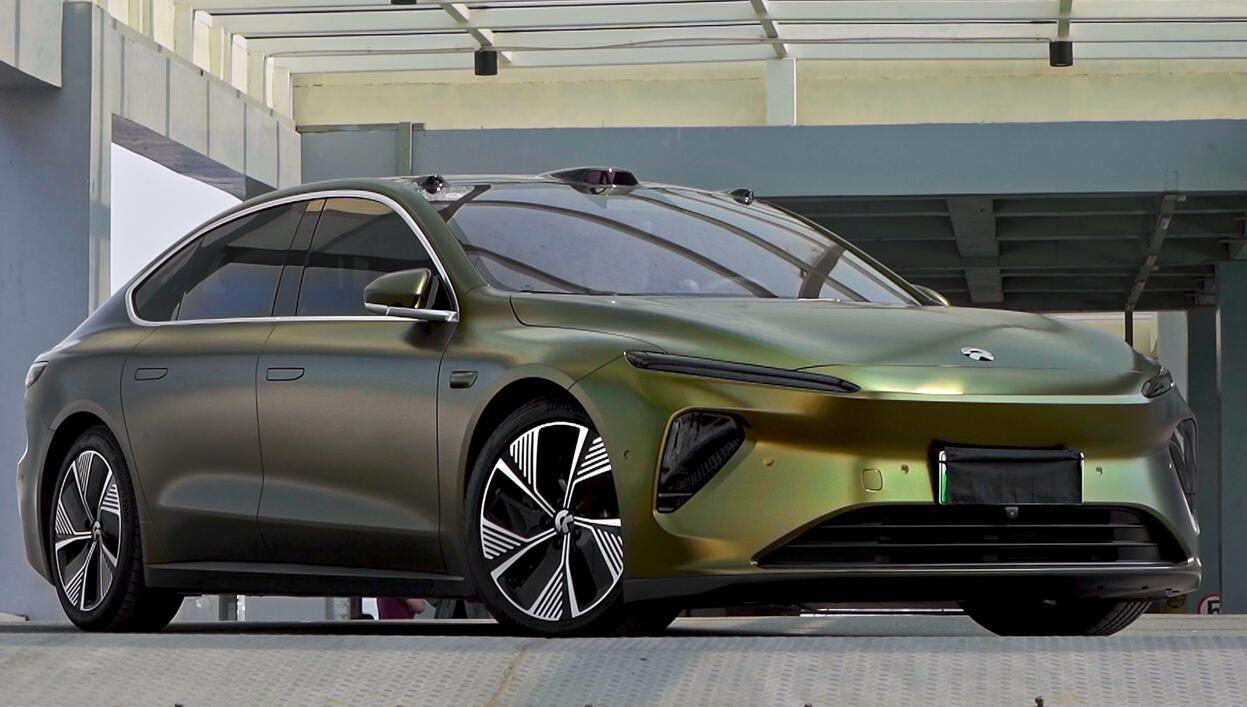 I've driven and reviewed quite a few different Chinese EVs for ChinaDriven on YouTube, so when it came time for me to buy a new car, I had a pretty decent handle on what I wanted.

I didn't want an SUV but with a family, I needed some space. However, due to my boyish immaturity, it needed to be quick. And being a bit older I wanted something that was premium with a comfortable ride for the daily grind. Bonus if it was good-looking.

The last and maybe the defining factor in my choice, I don't have anywhere to install a home charger, battery swap was optimal.

This really left me with only one choice, and what a choice it is, the NIO ET7. 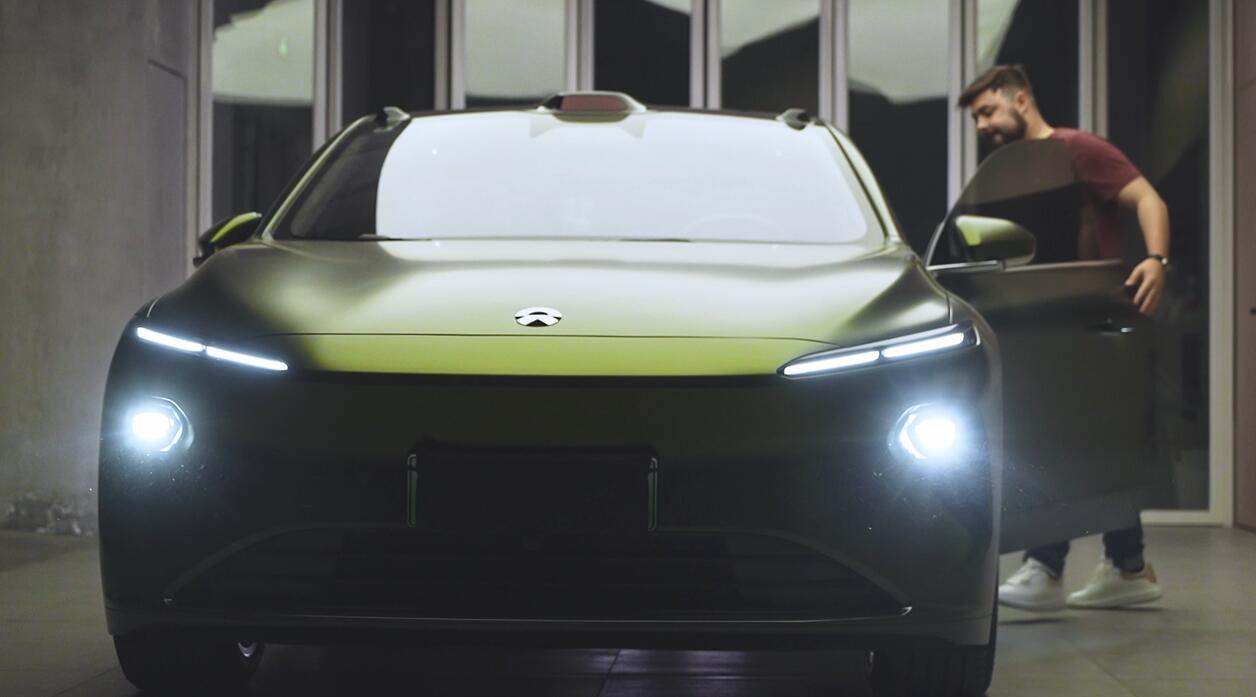 NIO ET7s don't have a lot of options to choose from, but choices were made.

First was the battery, I opted for 75kWh BaaS with a monthly fee of $136. At any time I can flex up to 100kWh and pay the difference. The other way around I'd only be compensated in NIO points for the difference every month.

75kWh BaaS gives me maximum flexibility. It also knocked $9,900+ off the upfront cost, even with the monthly $136 that's 6 years before it's more expensive. I'll probably sell after 5 years. Forgoing my home charger gave me two additional free battery swaps so I have 6 a month, more than enough.

I opted for the Artic Green a $1,400 cost color and then wrapped my car in Avery Hope Green Satin wrap, which I adore. However, my wife thinks I'm insane and it's a fair point.

I also opted for the $1,600 20-inch Aero-style alloys, and they might well get swapped at some point as well. I don't advise anyone to follow what I'm doing, it's probably not the best course of action.

To finish up the build I picked up the $3,000 Napa leather interior in "Gold Sand Rice" color which is a very faint pinkish tan color. And of course, I grabbed the Nomi AI bobblehead upgrade. Totaling $60,370, so a fair bit of money on a Chinese EV. 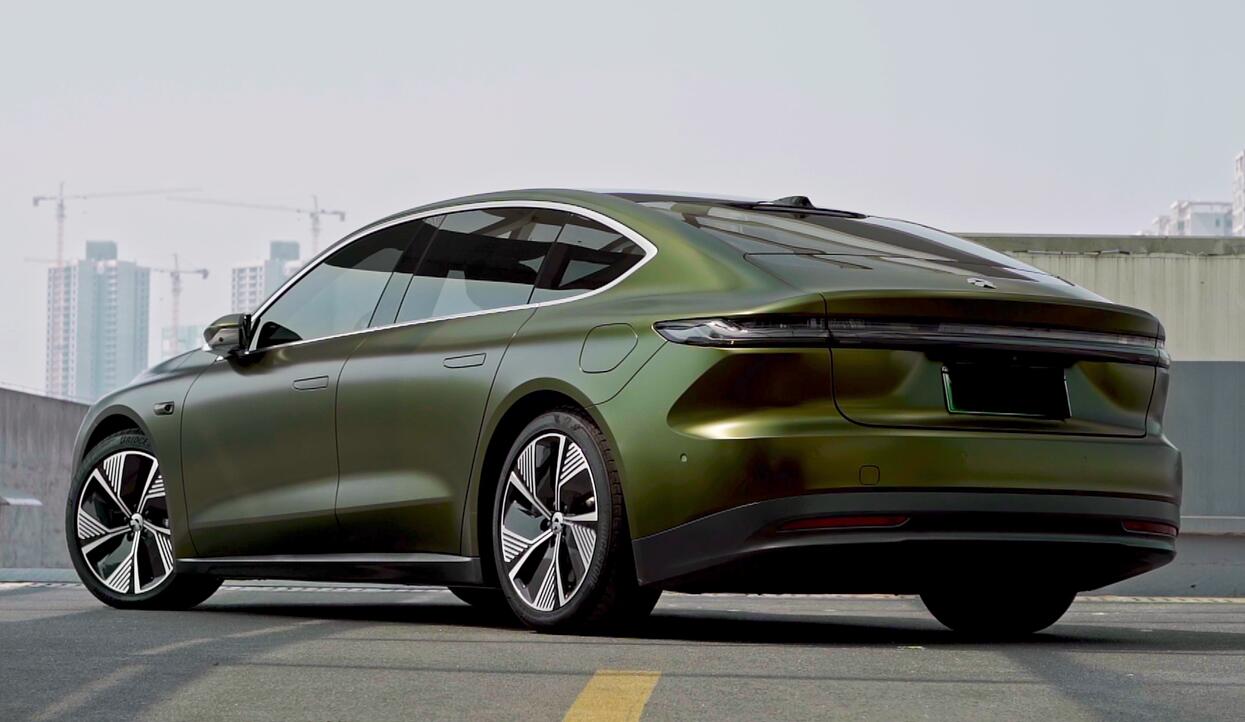 But it's 5.1m of pure sexiness. Four-door, coupish styling. The front DRLs give it a meanish look, while it still manages to look elegant and sleek all the way to the rear where the trunk lid kicks up just a touch.

Personally, in my biased opinion, it's one of the best-looking sedans on the market in China right now. The Artic Green in the right light is fantastic, but in the wrong light it comes off as very dull and almost greyish. Hence why I opted to spend more money and wrap it.

Looks are in the eye of the beholder, but I think objectively the NIO Et7 falls into the category of good-looking. The fastback-like rear, the wide haunches, the long nose. It's got a lot of the hallmarks of a good exterior design. It looks premium, looks classy, looks suave. 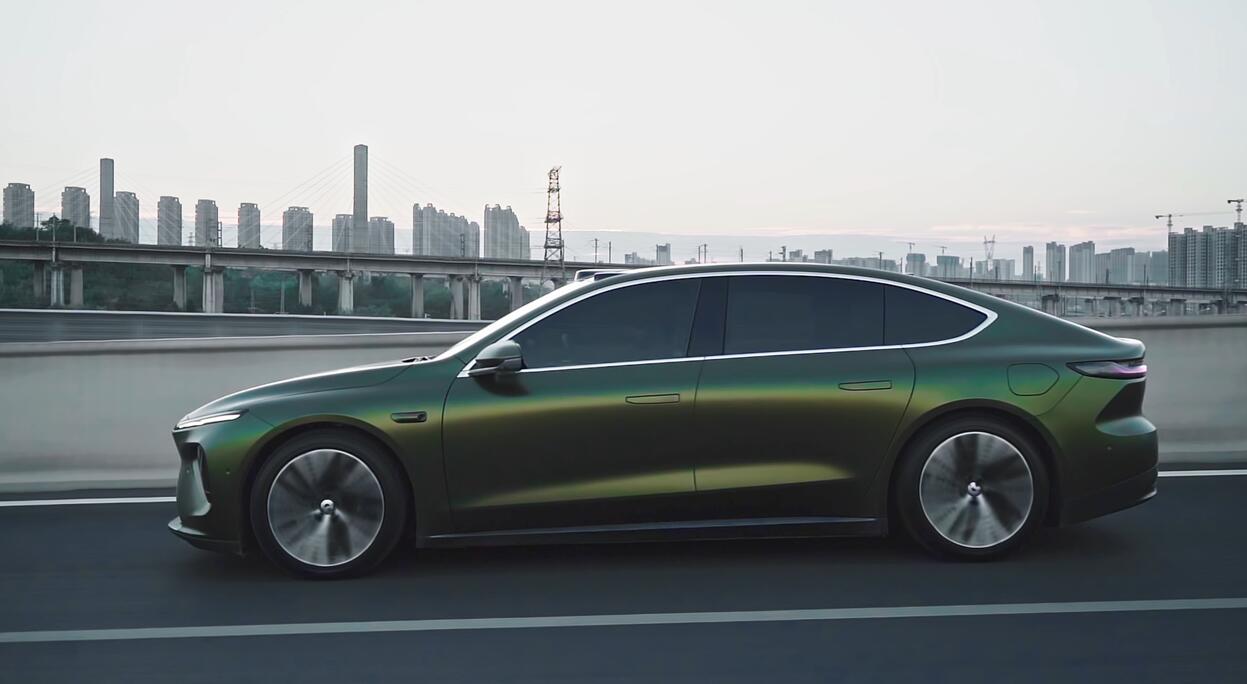 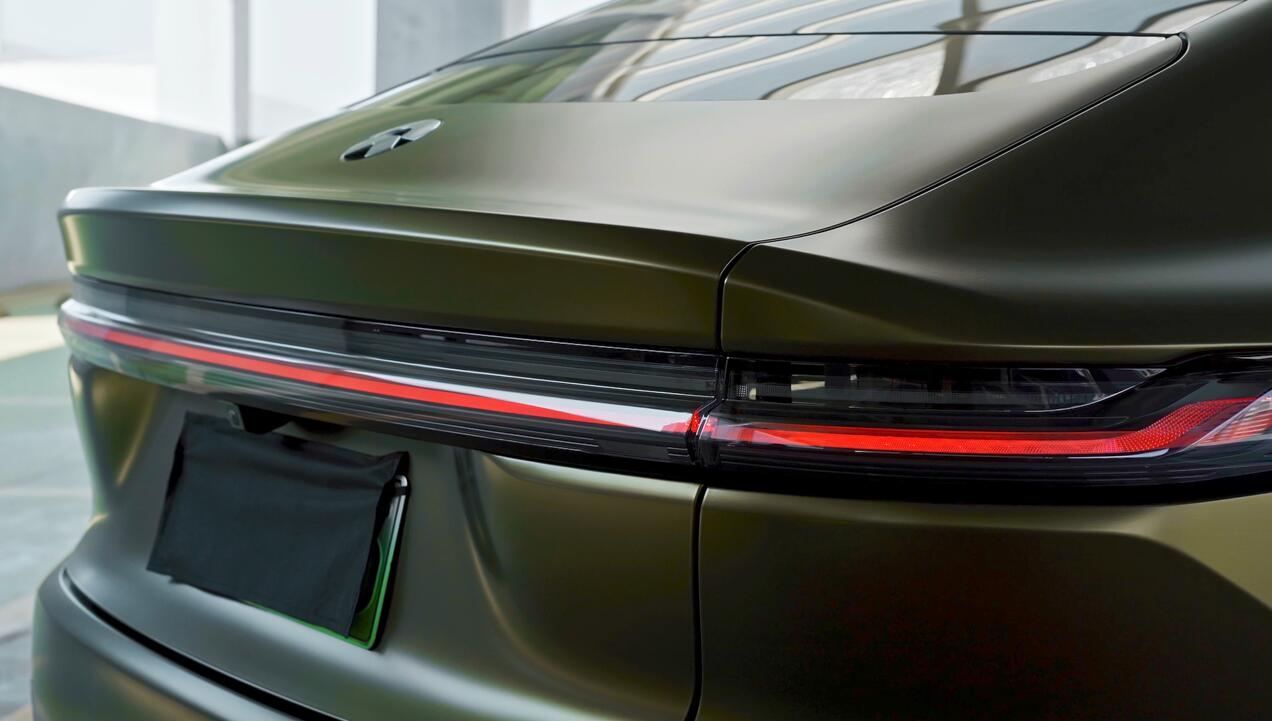 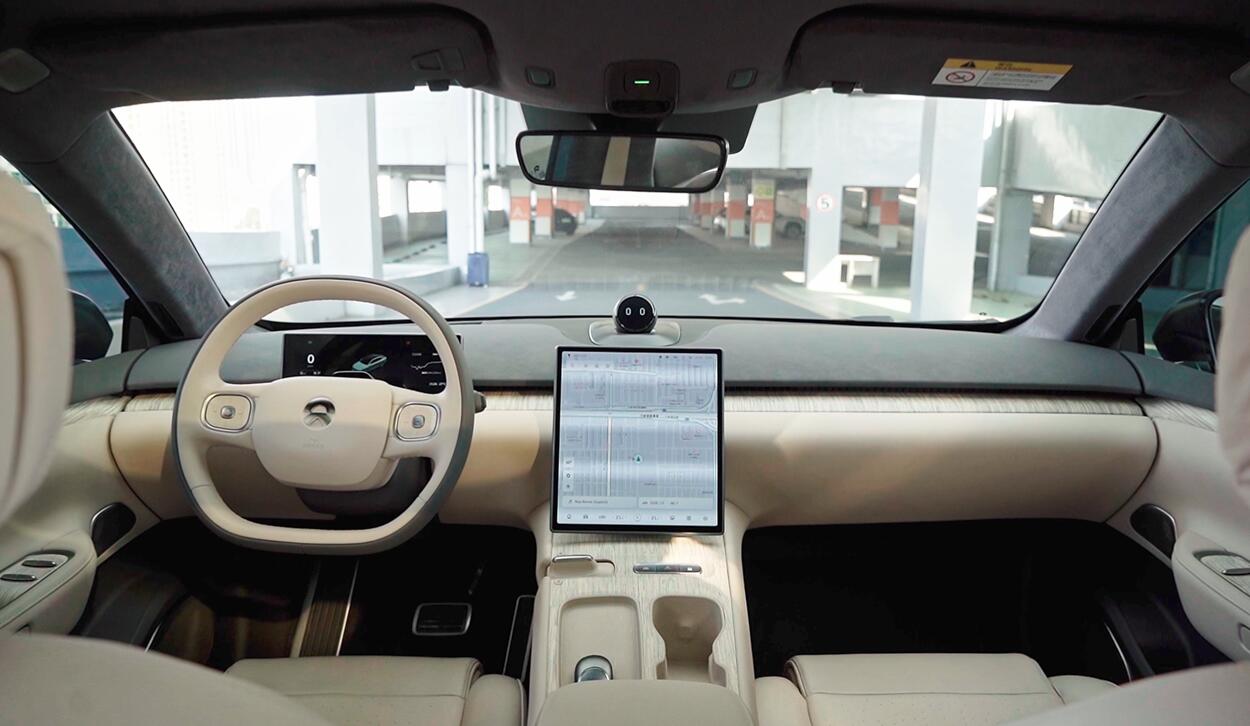 The interior is a great example of minimalistic styling that manages to give an air of premium. The materials feel great, although down low you will find some less desirable plastics, but nothing horrendous.

The seats are comfortable, the Napa leather soft and with heat, ventilation and massage front and back the ET7 offers all the trimmings you'd expect of a premium car. Expect the rear seats don't recline which is a bit of a miss in a premium backseat rider when it's standard on so many rivals. 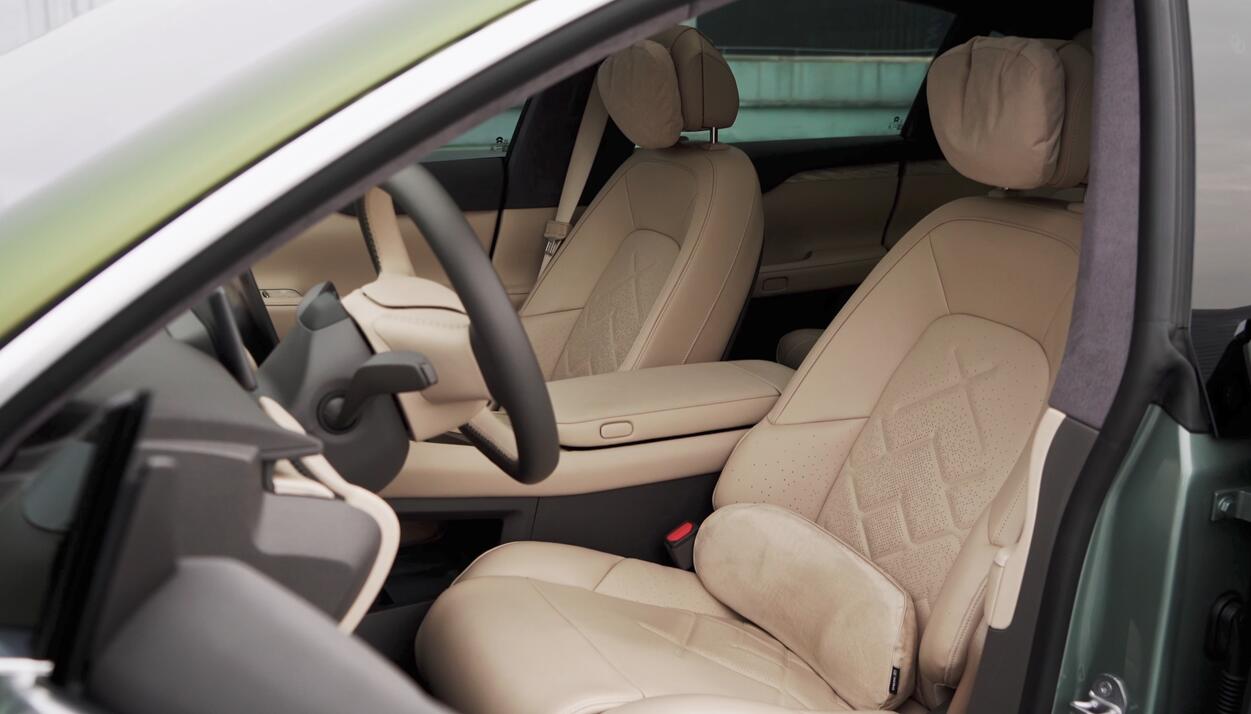 Rear space is more than decent with its 3060mm wheelbase, and headroom is ok, but those over 6ft might struggle.

The Dolby spatial studio is another wonderful thing, if you haven't experienced it in a car please do go and check it out. The Karuun Material is a reconstituted wood, I think it looks quite nice, but I do know others aren't a fan, I'm just glad it's not some aluminum that's going to get dinged or gloss black plastic grabbing fingerprints. 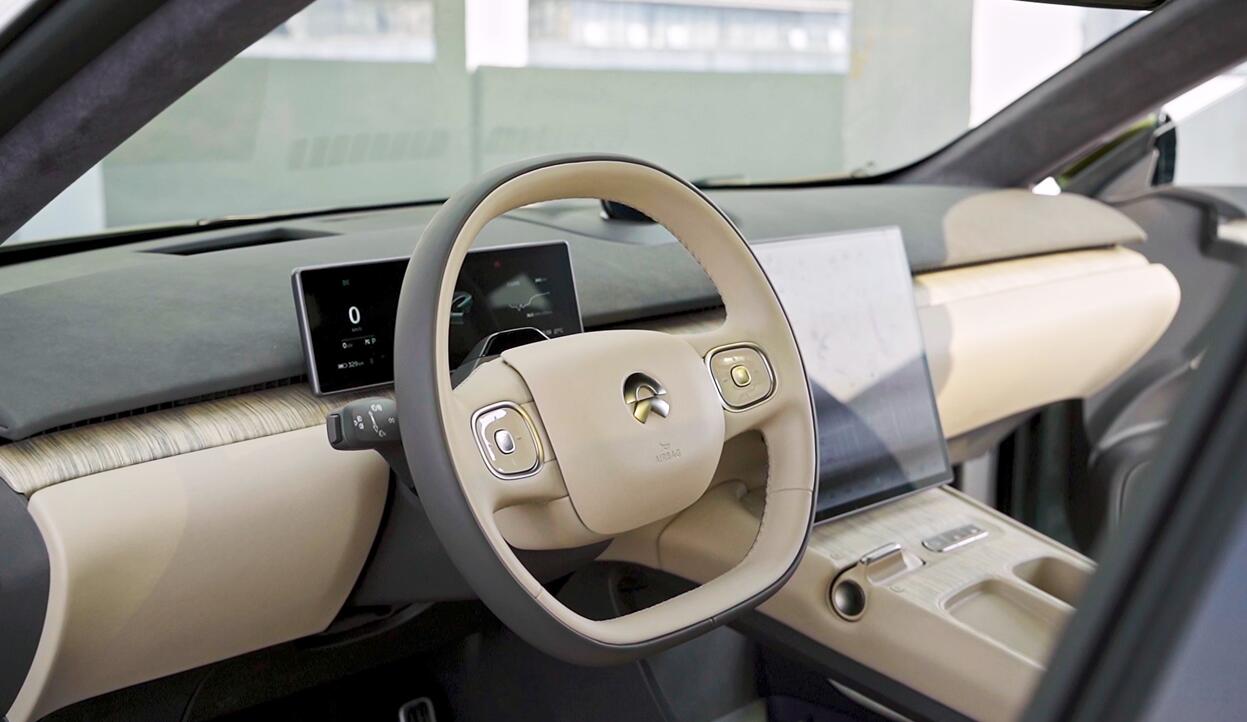 Storage space is a problem in the ET7, no frunk indicative of NIOs or glovebox and the boot isn't massive, it will fit two 28-inch suitcases side by side but not much more.

The rear seat also can't be folded down. I do wish NIO had opted to make it a lift-back like the Model S, might have made more space in the trunk. 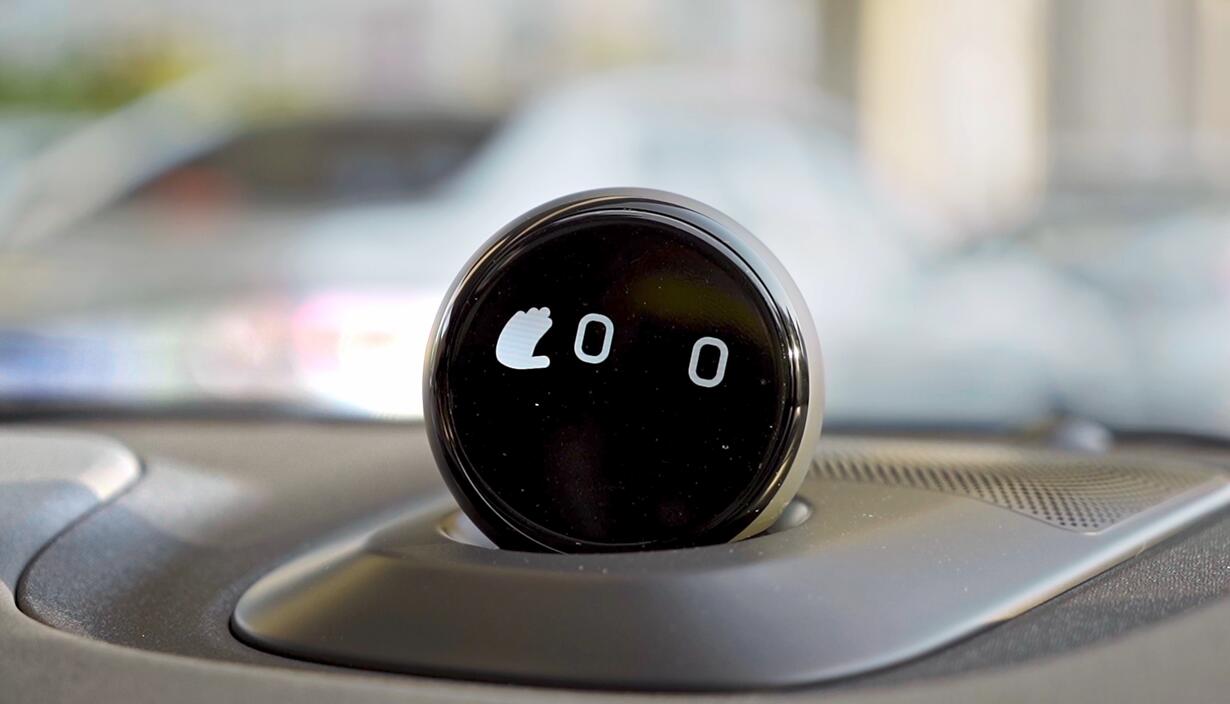 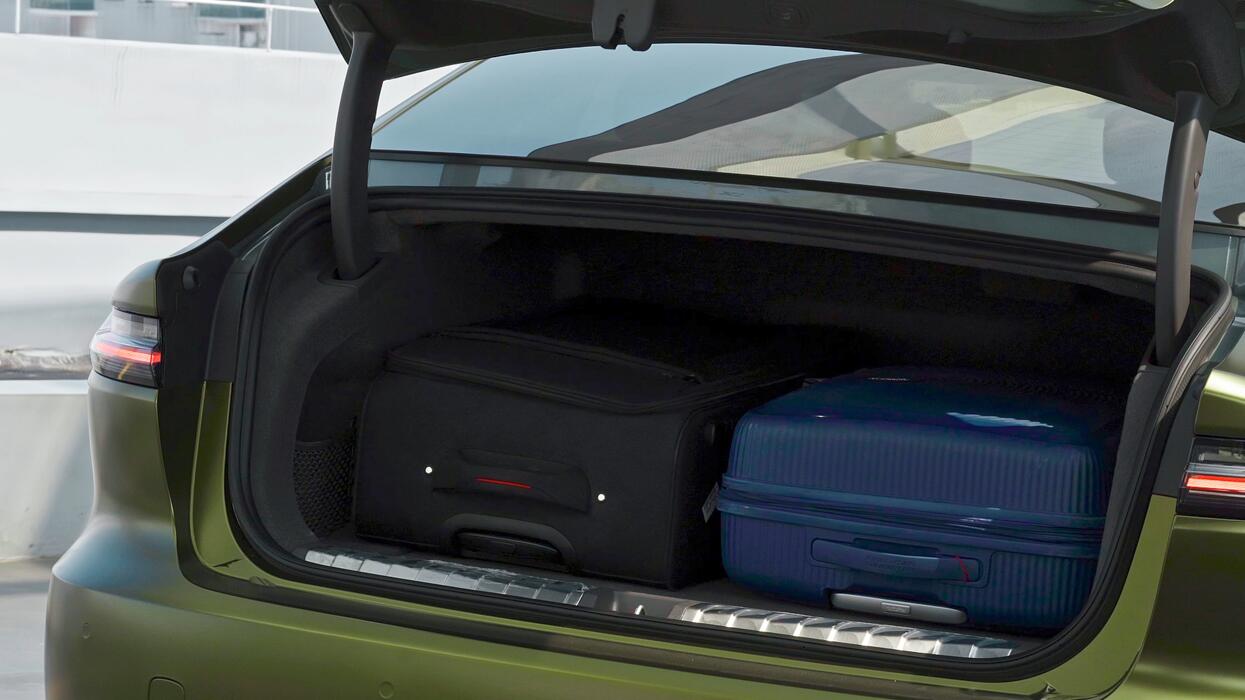 Battery swapping is the highlight of the NIO cars, and the new NT 2.0 platform cars return much better efficiency when driving.

The 75kWh is claimed to return 330 miles (CTLC) but in normal driving, it's more like 230-250miles which is more than enough for my daily needs with 6 swaps a month.

I could always flex up to the 100kWh if I need more, and later NIO will release a 150kWh semi-solid state battery that will also slip right in.

It's all horses for courses really, if you need super long range then the ET7 might not give you what you're looking for. Maybe with the 150kWh with its claimed 620 miles (CTLC) which should see around 480miles in the real world, might appease those who need a longer range. 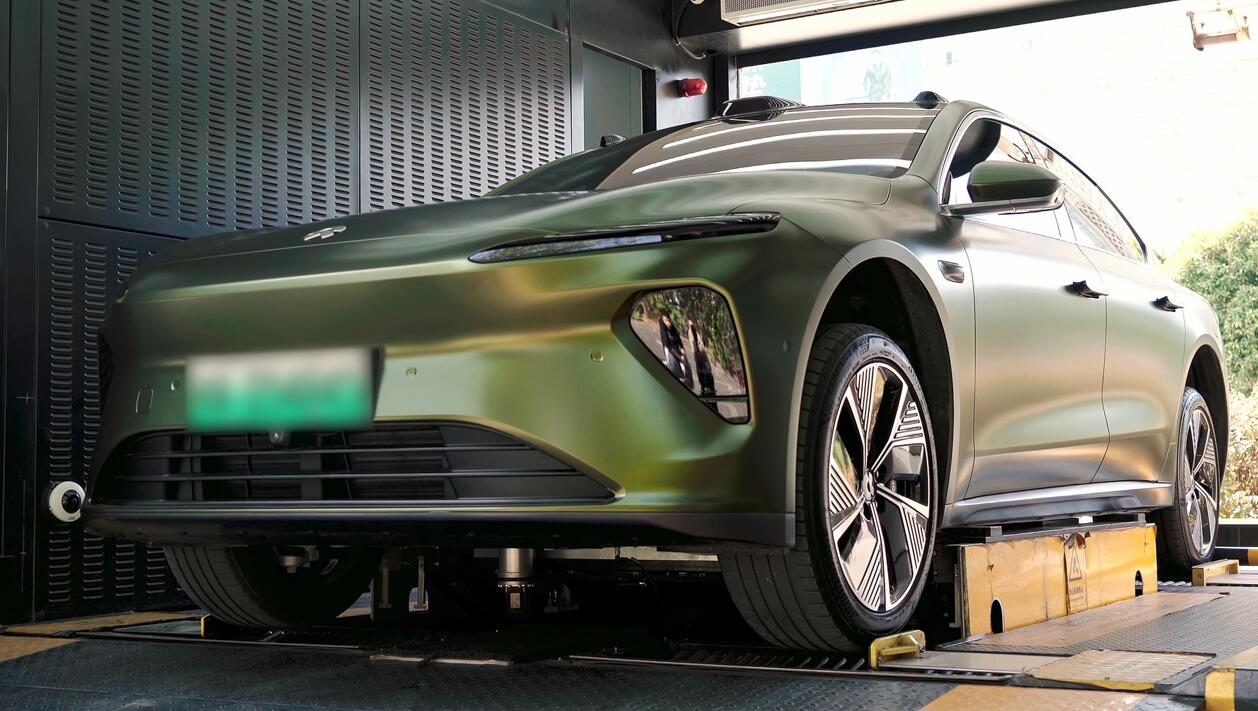 The ET7 comes with all the standard things you'll find in a premium smart EV. Like 5G connection, fragrance system, HUD, OLED instrument panel and touchscreen, and a premium audio system.

It's also got a small screen in the back to control media, and the seat functions include pushing the passenger front seat out of the way for more space. A personal favorite after a night out being driven back home by the Didi driver service.

The ET7 comes standard with a level 2 ADAS system called NIO pilot, and it works very well in my experience, handling curved on-ramps and off-ramps although it's not navigation on autopilot system.

For that, we need to wait for the release of NADs, which will be a subscription-based service.

NIO Pilot and NADs will take advantage of the multiple sensors the ET7 is adorned with. Roof-mounted lidar, seven 8MP cameras, four 3MP cameras and 5 milliwave radar & 12 ultrasonic radars. They are all fed into quad Nvidia Orin-X chips for a staggering total of 1016 TOPs, so the system should be able to handle some pretty intensive data.

The sensors also work in combination with the HD mapping to adjust the standard air suspension, to help smooth out the road. The ride is very comfortable indeed, Mercedes magic carpet is better right now, however, the ET7 should be able to keep improving with OTAs so I look forward to that.

One thing I'm hoping to try out soon is the NIO AR glasses. As NIOs only have a singular central touchscreen entertainment on the move is limited to what song is playing, however, the NIO AR glasses will allow a passenger an IMAX-like cinema viewing experience. I just wish more than one pair worked at a time, it's a bit mean on all the other passengers. 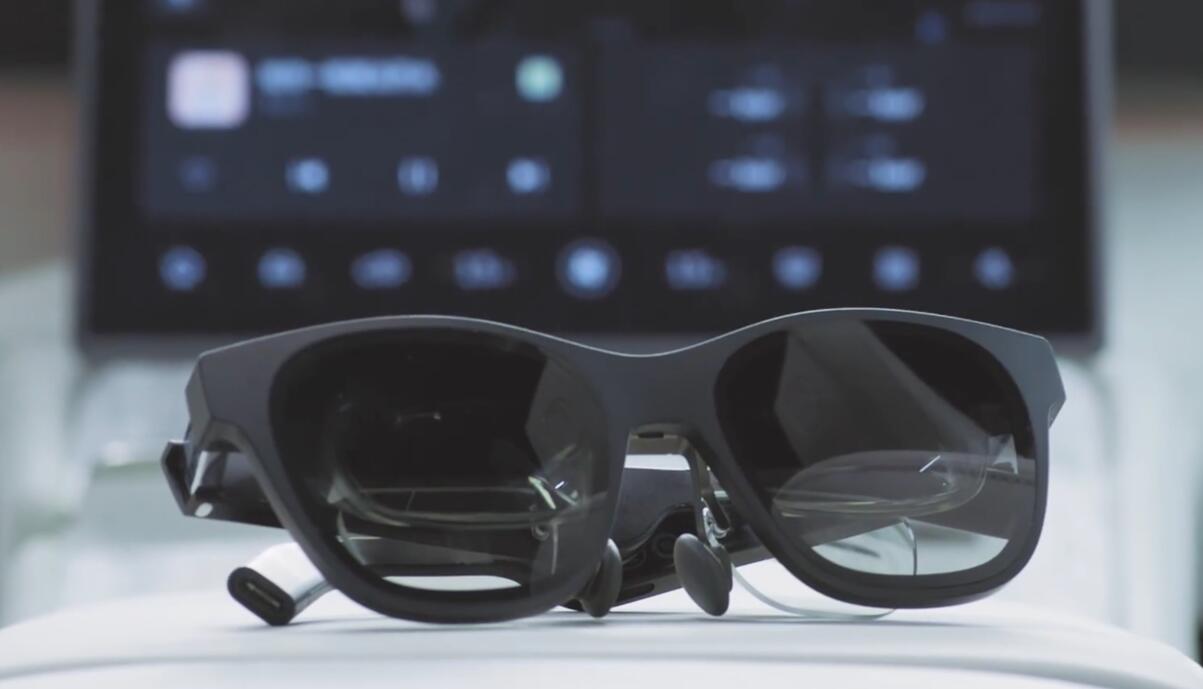 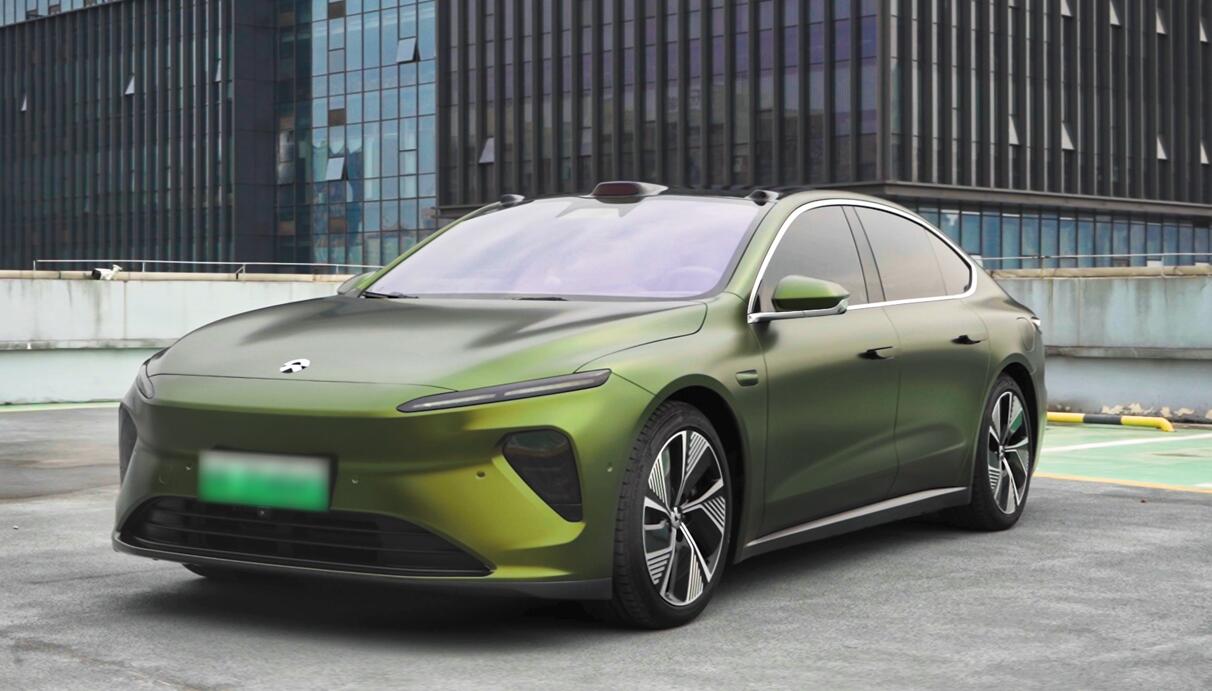 IT.IS.FAST. The ET7 will go from 0-62mph in a claims 3.8s. That sprint time is measured by NIO with a driver, passenger and half a load in the trunk. No 1ft rollout.

Some rumors online say in reality it's quicker than a Model 3 performance in a straight line. I can't attest to that, but what I can say is there is no noticeable drop in performance until 10% SOC, when the acceleration is then throttled.

And it's a monster everywhere at any speed, with 653hp and 625ft-lbs. Except in the wet. In the wet the Bridgestone Turanza tires are diabolical. This a massive reason why I'm considering changing tires and rims, in all likelihood going wider than the stock 245/45. For reference, a model 3 performance has 265/45 P Zeros.

Now the ET7 is not a "sports car" it's meant to be a comfortable cruiser but with this much power and weight, the tires just don't do enough.

I think NIO was trying to run too many races at the same time, Straight line performance, range and comfort. But with stickier tires that 250-mile real-world range might drop a bit and that would be a problem for most.

Handling in the ET7 is what you'd expect of a heavy, comfort-orientated cruiser. Think more Audi S8 than RS7. It will go around a corner at a decent lick, but it's not built for it with multi-link suspension front and rear. In this respect, the ET5 with its double wishbone up front will be the NIO you want for handling. 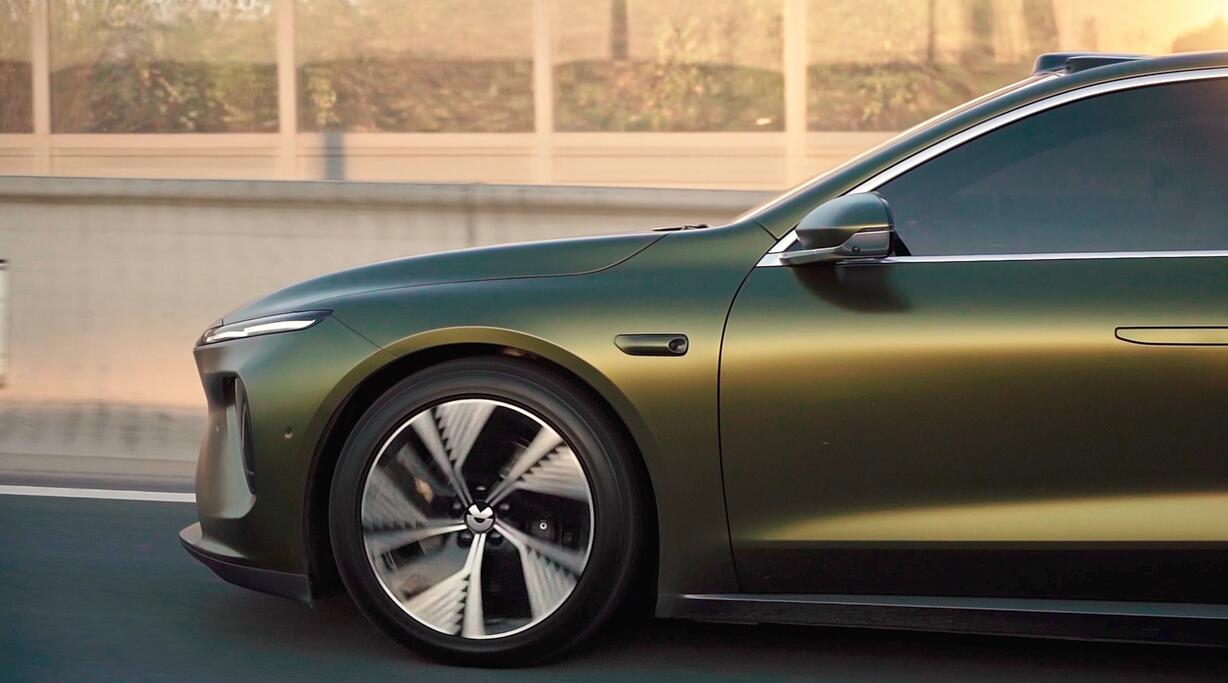 It's not perfect. But then which car is? There are trade-offs that have to be made.

I'm absolutely besotted with my ET7, it ticks all the boxes I wanted in this car. Comfort, speed, loads of space for people (not a lot for stuff though) and it looks absolutely incredible.

The interior is a great place to be, rear passengers seem overwhelmingly positive about the ride in the back. Also the ease of battery swapping is a no-brainer as well.

If you want a canyon carver maybe a 5.1m premium barge isn't what you should be shopping for, drop down to the ET5 and I think you'll be happy. For all of those who want to travel at a quick pace in comfort and style, check out the ET7.