Since its launch, the Li L8 has received positive feedback and widespread recognition from consumers, and the number of orders continues to grow, Li Auto said. 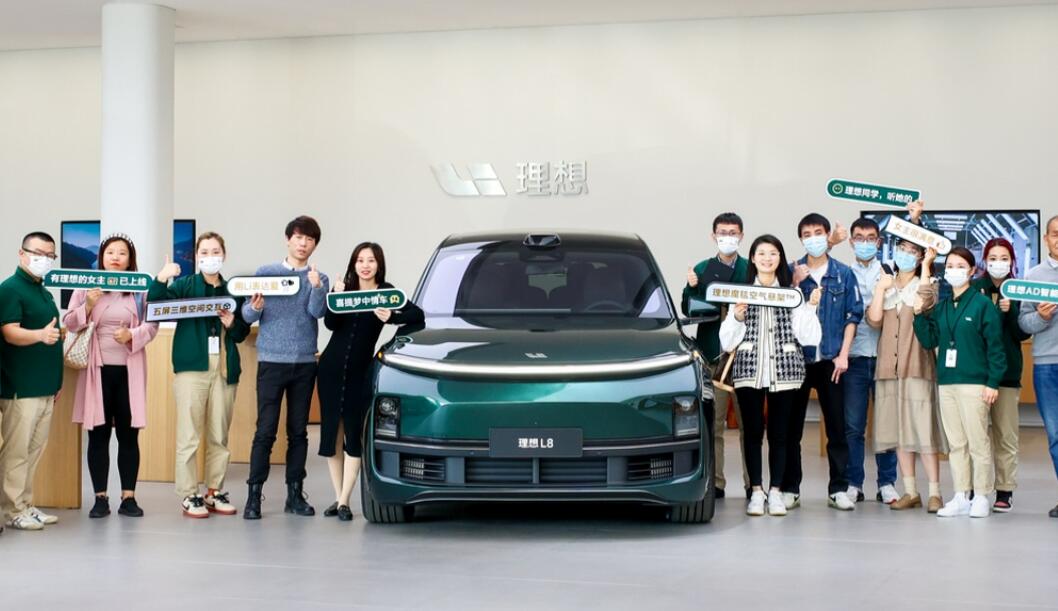 Li Auto's new SUV, the Li L8, officially began deliveries today, which appears to be a few days earlier than it had originally planned.

The company announced the development in its WeChat post today and continues to emphasize that the Li L8 is the successor to the Li ONE, although the model is essentially a scaled-down version of its flagship SUV, the Li L9.

The Li L8, the replacement for the Li ONE, inherits the Li ONE's mid to large-size six-seat SUV space and layout, creating six seats of luxury and comfort around family users, the company said.

Li Auto officially launched the Li L8 during an event on September 30, with prices starting at RMB 359,800 ($49,700). The company said at the time that deliveries of the model would begin in late November.

Li Auto is positioning the Li L8 as a successor to its first model, the Li ONE, rather than a scaled-down version of the Li L9, thus avoiding the "discontinued" language that has led it to face criticism from existing owners.

While the Li L8 was officially launched, Li Auto also announced at the time that the Li L7 would be available for pre-order and its official debut would be at the Guangzhou auto show in November.

The Li L7 will begin touring Li Auto stores across China in December and will begin allowing consumers to lock in their orders and begin deliveries in February of next year, the company said at the time.

Notably, the organizing committee of the Guangzhou auto show announced on November 4 that the event, which was scheduled to take place from November 18 to 27, would be postponed, citing the Covid situation in Guangzhou.

Guangdong added 500 confirmed cases of Covid as well as 2,507 asymptomatic infections on November 9, according to data released today by local health authorities.