October was the first full delivery month for the ET5. Deliveries of the model began on September 30, with 221 units delivered in September. 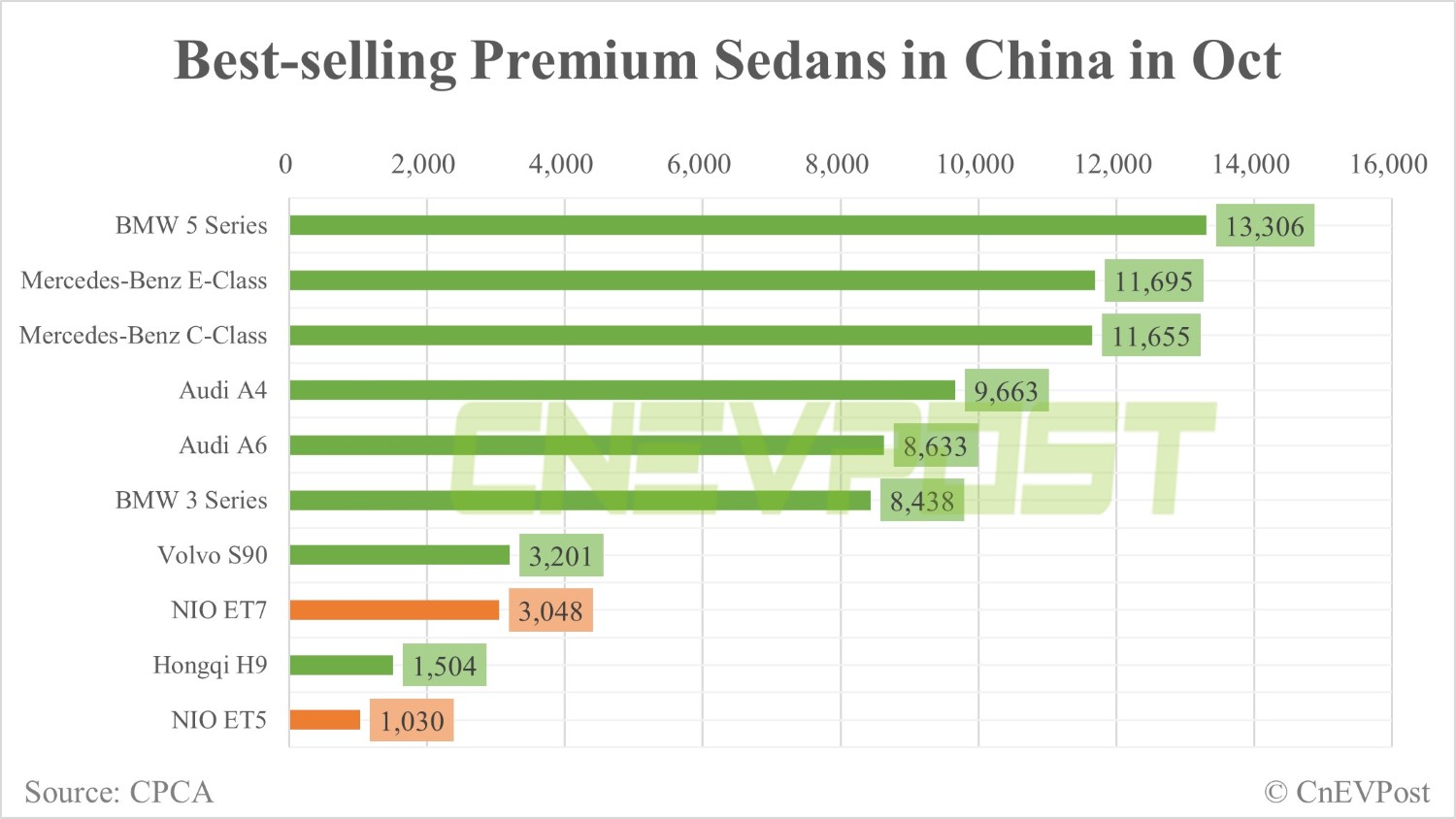 NIO's new sedan ET5 was one of the best-selling premium sedans in China in October, its first full month of delivery, according to a recent list.

With 1,030 retail sales in October, the NIO ET5 ranked 10th in China in sales of premium sedans with a starting price above RMB 300,000 ($41,400), according to the list released today by the China Passenger Car Association (CPCA).

The ET5 is the cheapest in the NIO product lineup, with a starting price of RMB 328,000 before subsidies.

Deliveries of the model began on September 30, with 221 units delivered in September. 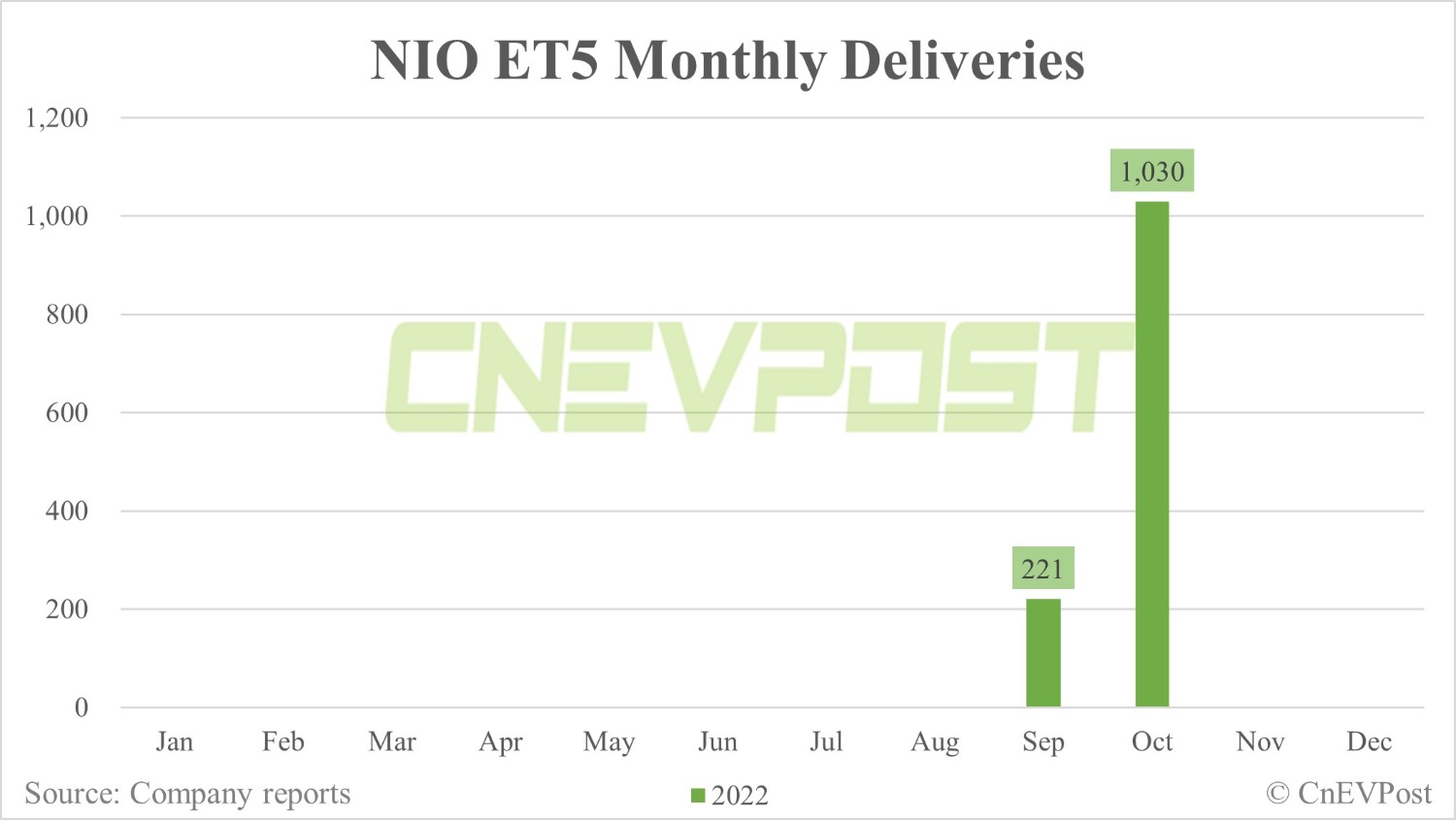 On August 26, on the first day of the Chengdu auto show, NIO co-founder and president Qin Lihong said he expects monthly sales of the ET5 to exceed those of the gasoline-powered BMW 3 Series in China within a year.

Notably, the BMW 3 Series retail sales in China in October were 8,438 units, ranking 6th on the list by the CPCA.

For the BMW 3 Series, it took an unexpectedly large drop in the rankings in October. The model was No. 1 on the list last month with 16,434 units.

The NIO ET7, which has been on the CPCA list since April, ranked 8th in October, the same as in September.

Deliveries of the NIO ET7 began on March 28, and the model sold 2,928 units in September. 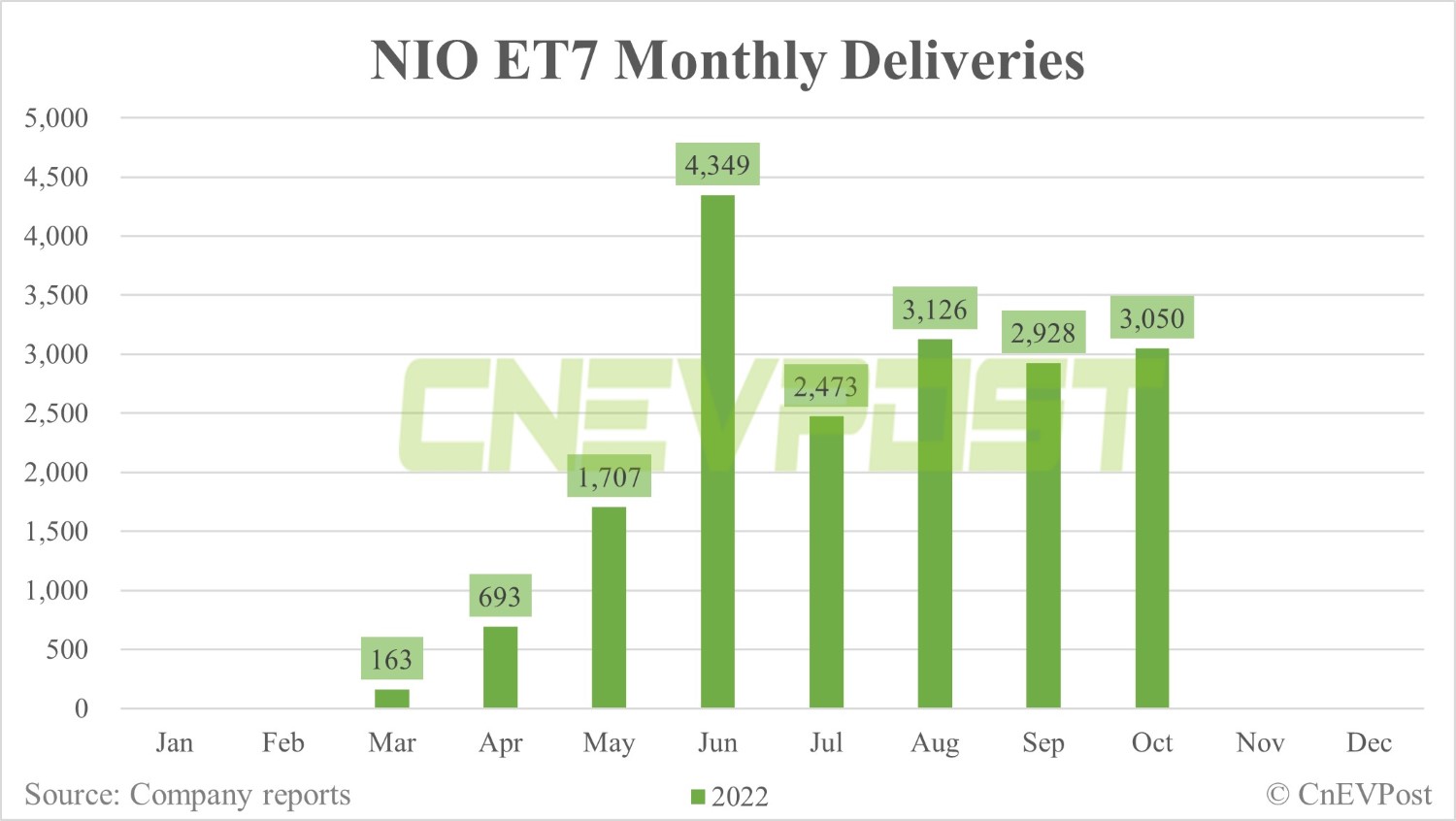 The NIO ET7 ranked ninth with 18,487 units sold from January to October. 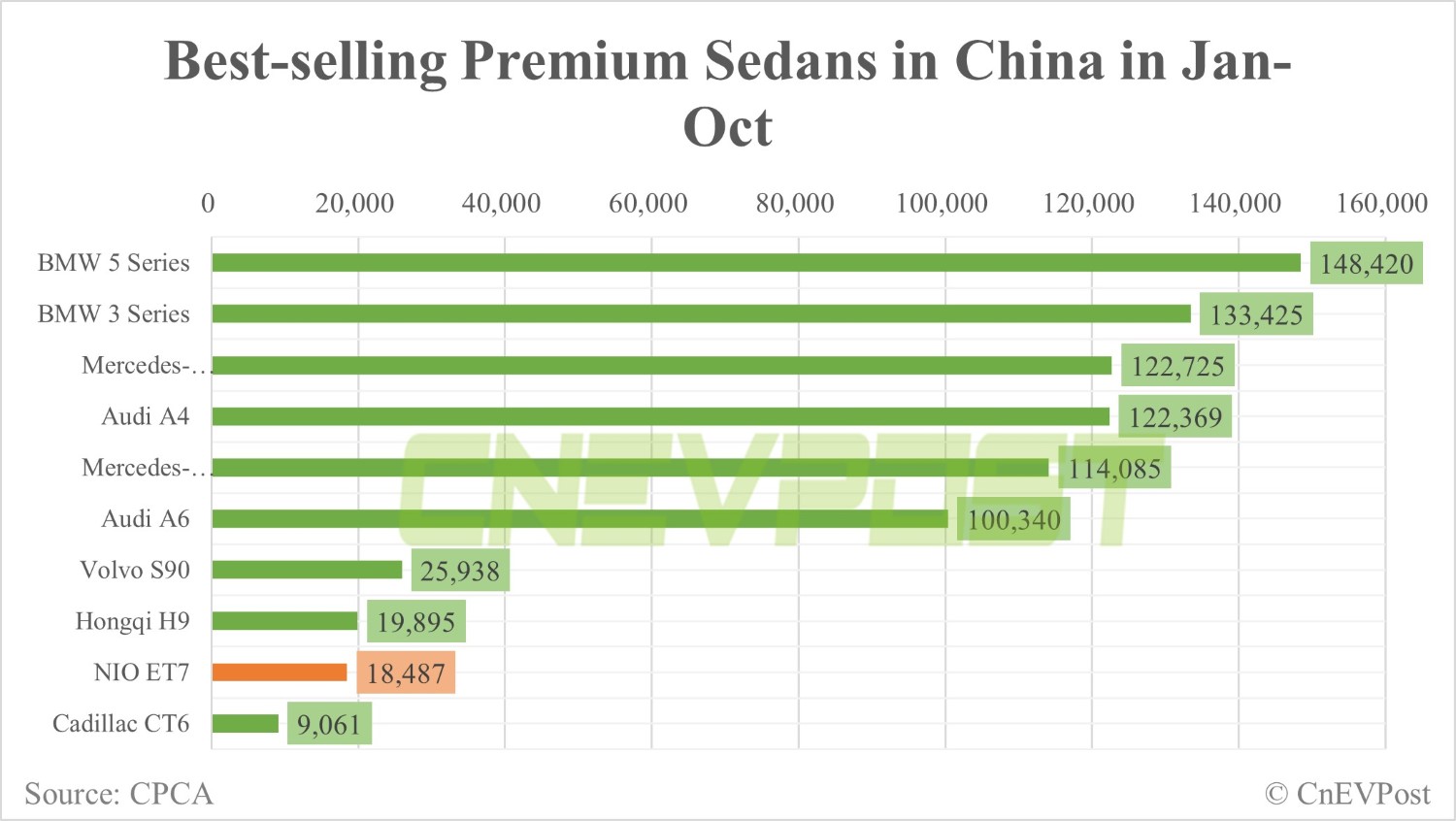