This is the third consecutive month that AITO has delivered more than 10,000 vehicles, bringing cumulative deliveries since March to 57,777. 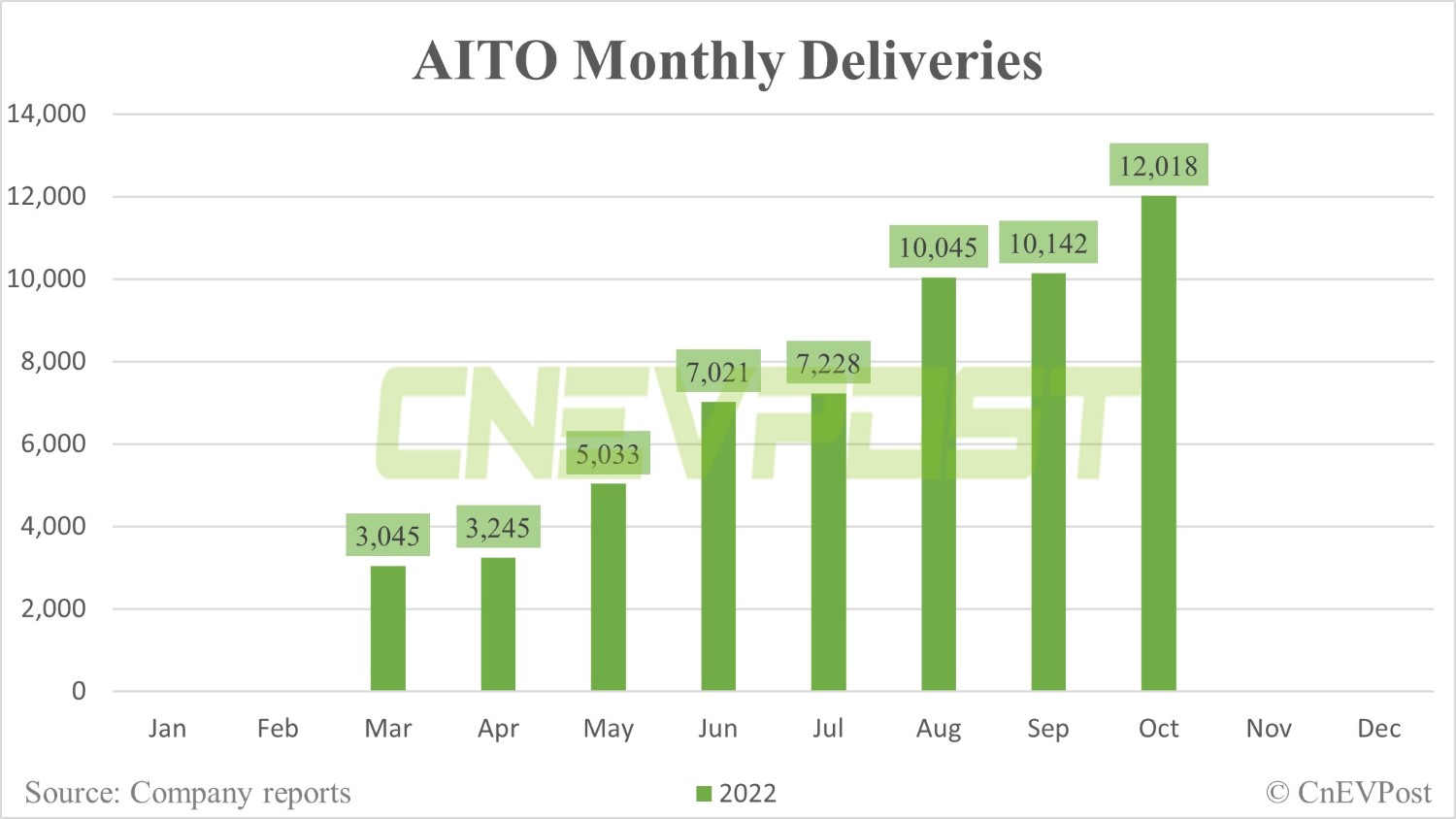 AITO, the electric vehicle brand jointly built by Huawei and Seres Group, delivered a record 12,018 vehicles in October, up 18.5 percent from 10,142 in September, according to data released today.

This is the third consecutive month that the brand has delivered more than 10,000 vehicles, bringing cumulative deliveries since March to 57,777.

In late October, AITO reportedly began offering discounts to car buyers after Tesla cut the prices of its entire Model 3 and Model Y lineup in China.

AITO was offering discounts on both models currently on sale -- the M5 as well as the M7 -- that will save consumers 8,000 yuan ($1,100) on the final payment for the car, local media outlet The Paper said on October 25, citing a sales source for the brand.

Auto Home then cited AITO's response as saying that it had canceled its previous offer of loan interest discounts and gifts from sales stores since the early hours of October 24, but offered a flat RMB8,000 insurance subsidy to consumers who bought some current models.

In an interview with a local automotive blogger last month, Yu said AITO could have delivered more than 16,000 vehicles in September, but the parts factory in Guizhou was affected by the Covid epidemic, resulting in a shortage of supply.

AITO has the capacity to sell 20,000 vehicles per month, he said.