The Niutron NV is available in all-electric and extended-range versions, with deliveries set to begin in December. 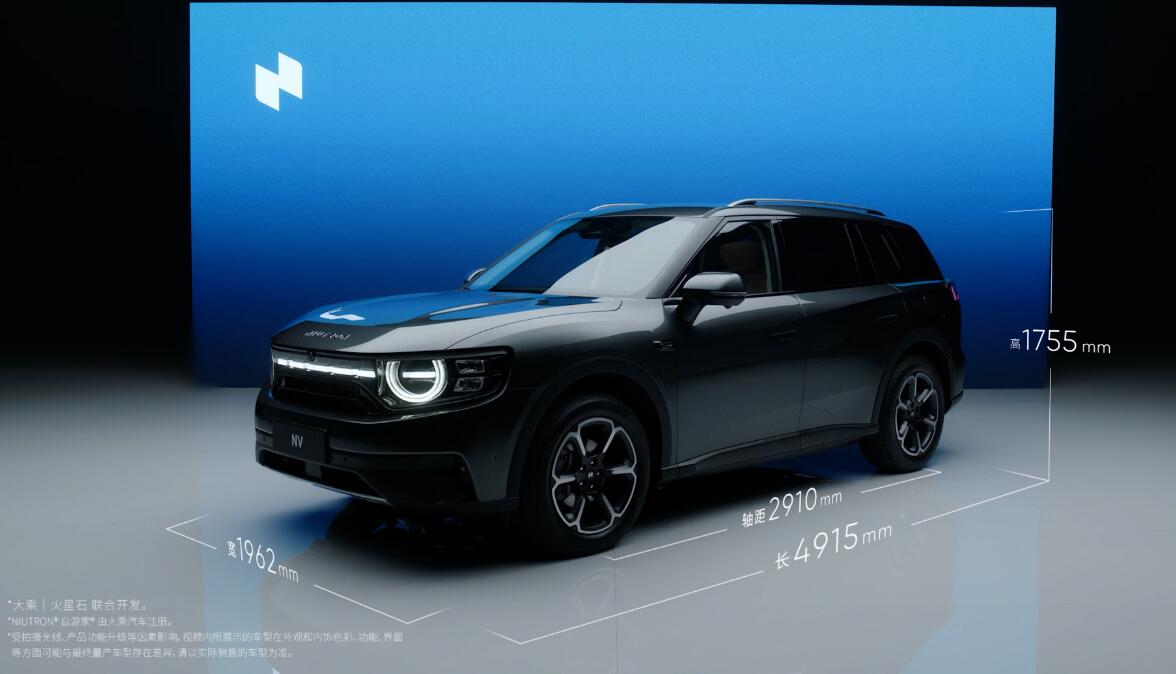 The Niutron NV, the first model from Chinese electric vehicle (EV) startup Niutron, has officially launched, after months of delays in the original plan.

The EV maker, founded by Li Yinan, founder of electric scooter maker Niu Technologies, made the Niutron NV available on October 8 in three models, including two all-electric versions and one with extended-range technology.

The Niutron NV is mid to large-size SUV, and its all-electric version is offered in a standard-range variant as well as a long-range variant at a subsidized price of RMB 278,800 ($39,170) and 318,800 yuan, respectively. Its extended-range version is priced at RMB 288,800 after subsidies. 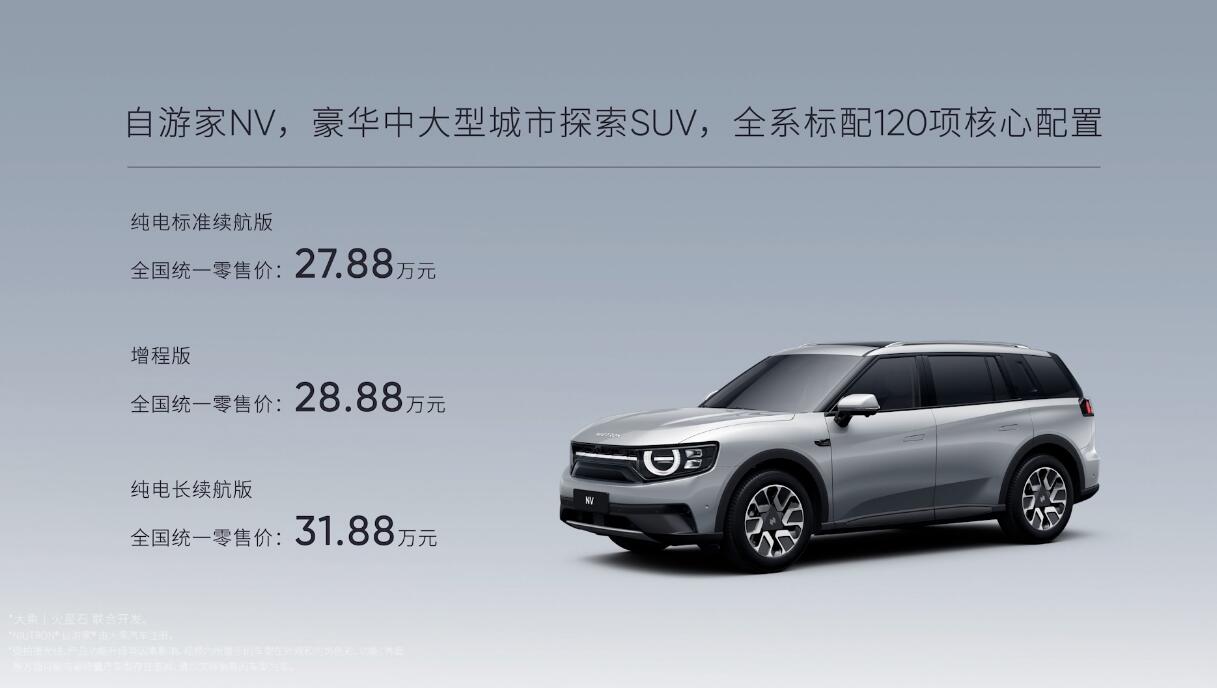 Under current Chinese policy, new energy vehicles (NEVs) priced below RMB 300,000 are eligible for national subsidies, which cover all price ranges for models that support battery swap. The subsidies are expected to be fully canceled next year.

Consumers can reserve the model now by paying an RMB 1,000 deposit, and deliveries will begin in December of this year. 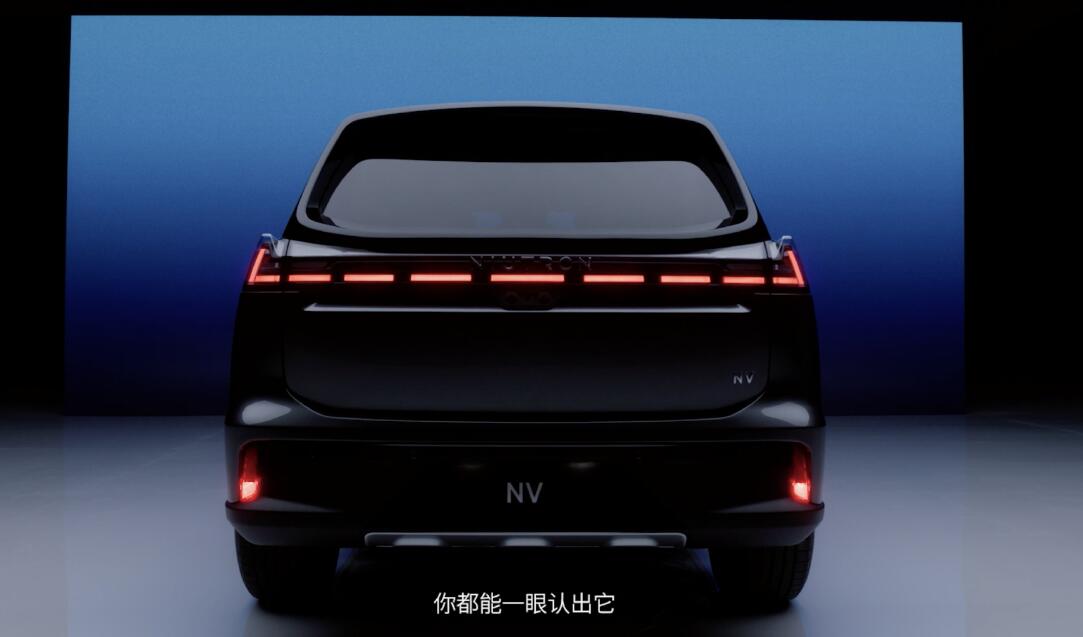 The Niutron brand was announced on December 15 of last year and was originally scheduled to launch the Niutron NV in Beijing on March 31. However, on March 30, the company announced that it was canceling the launch event for its first model due to the Covid pandemic.

Niutron is headquartered in Beijing and has an R&D center in Shanghai. The company has developed the Gemini platform and will build several models on two different technology lines, pure electric and extended-range, it previously said. 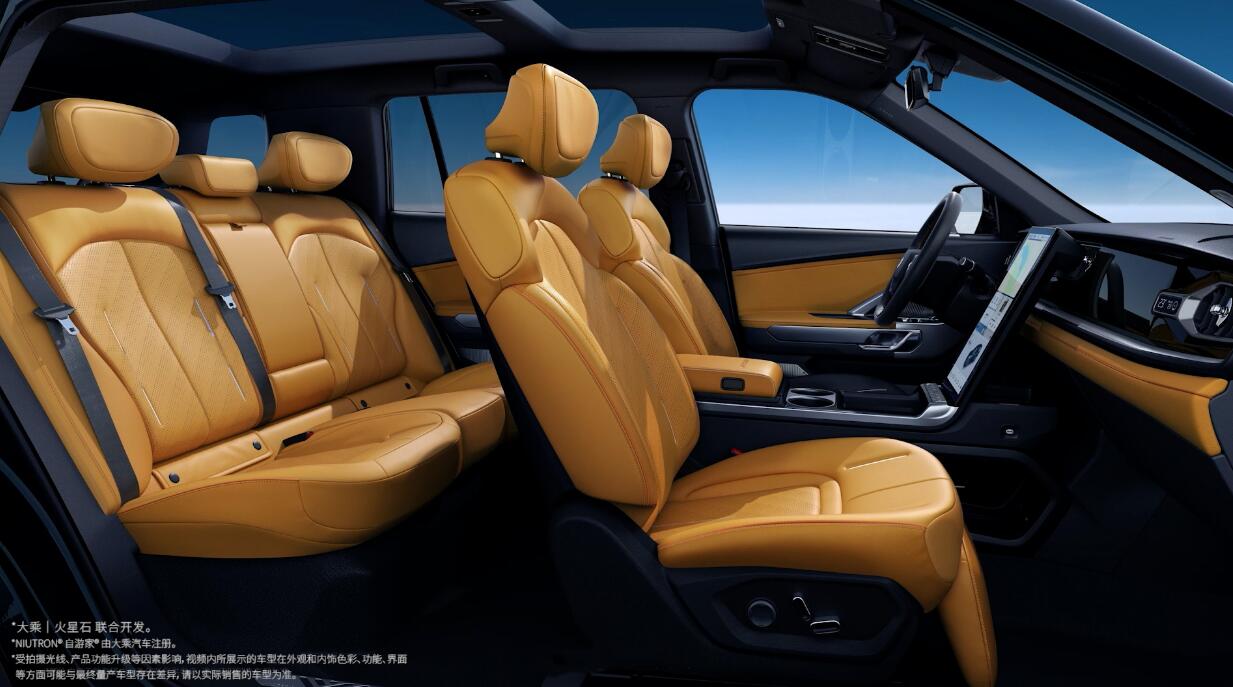 It has a front trunk with a volume of 80L in the pure electric version, while the extended range version does not. 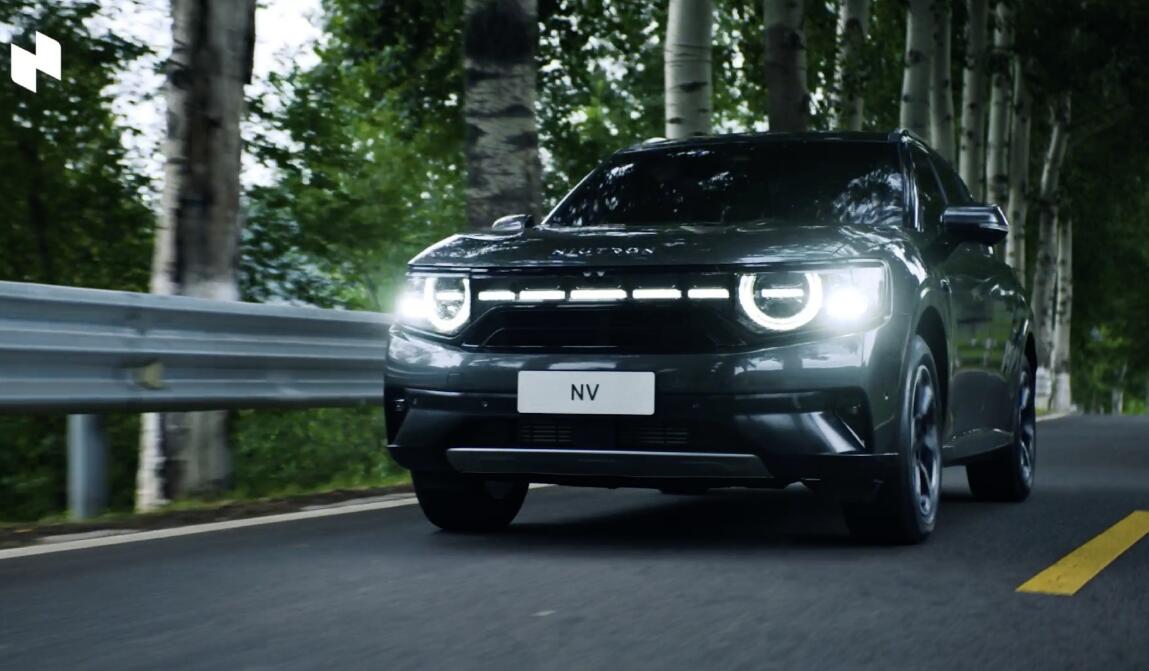 The model comes standard with a dual-motor four-wheel drive system, with 140 kW of drive power for both the front and rear motors in the pure electric version, and 130 kW for the front motor and 140 kW for the rear motor in the extended-range version. They can all accelerate from 0 to 100 km/h in 5.9 seconds.

The car has a 12.3-inch LCD instrument screen and a 15.6-inch vertical screen in the center console, with Niutron OS based on Android Automotive and support for Apple CarPlay. 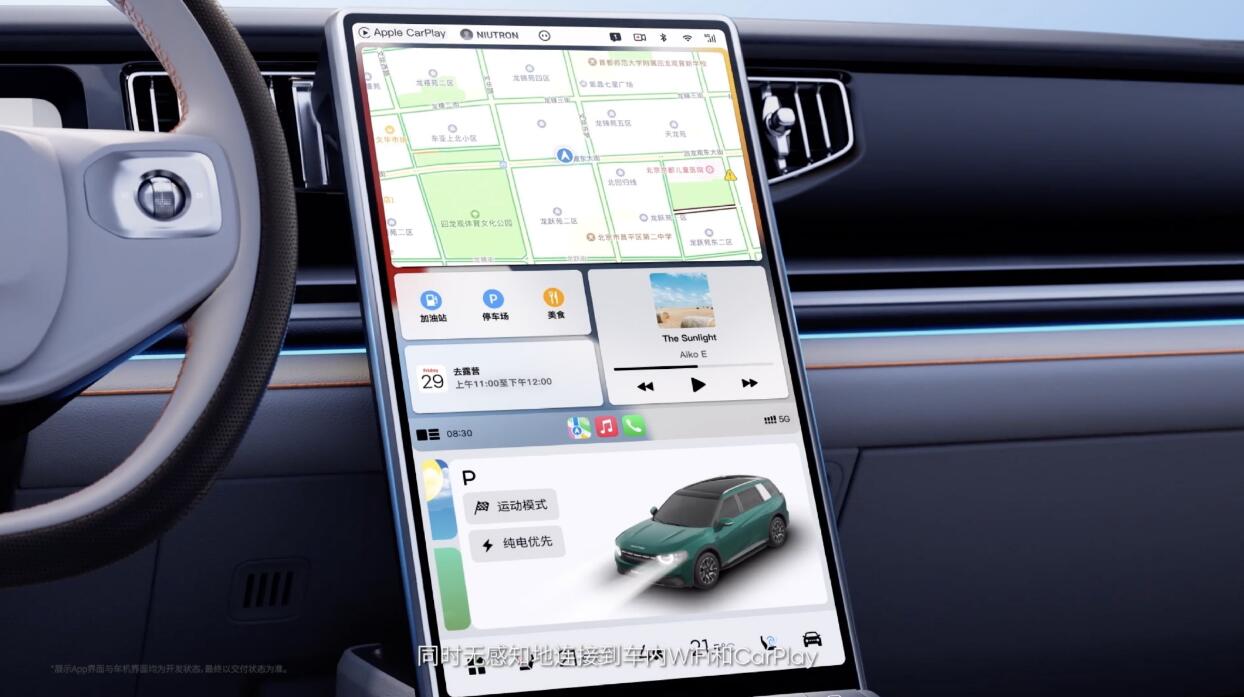 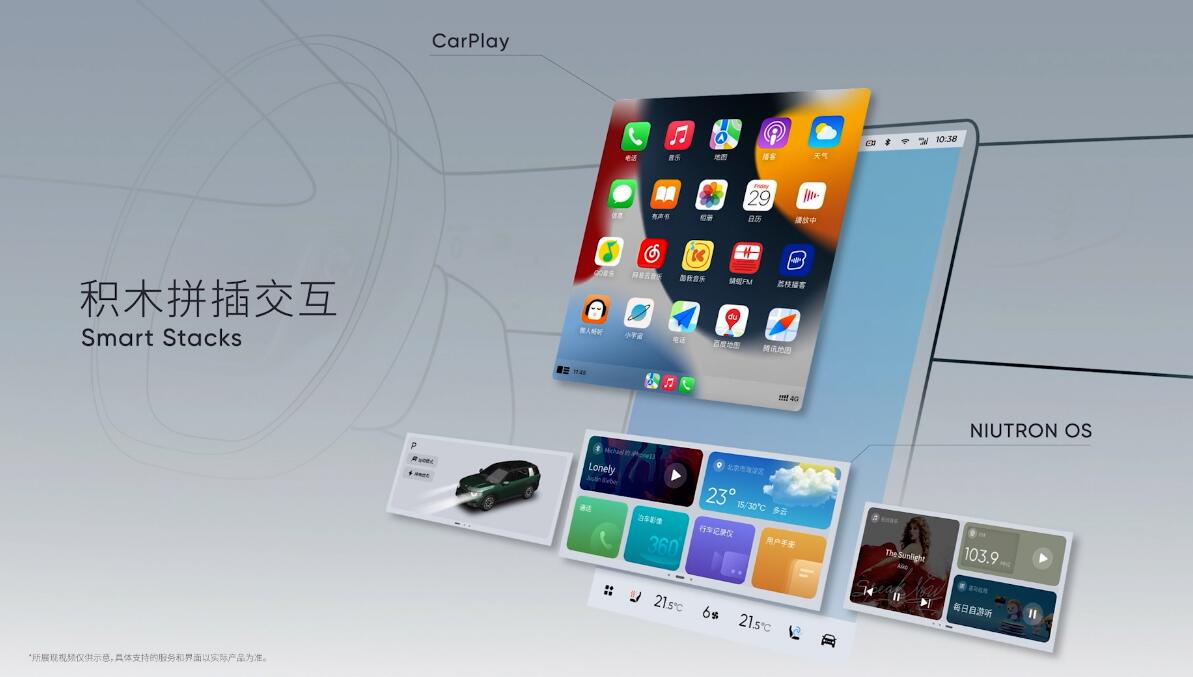 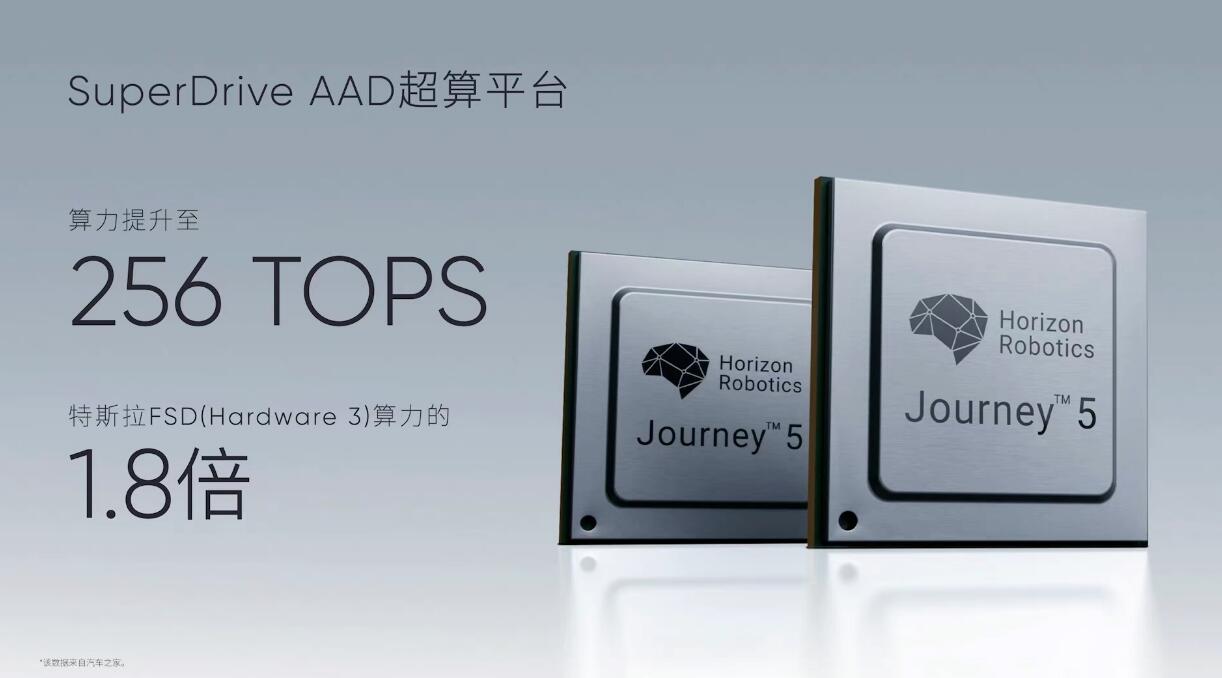 Niutron's sales channel is based on a franchise model, and it has 44 retail centers in 23 cities in China by the end of October 2022. The company expects to reach 120 sales outlets by the end of this year, covering 40 cities.