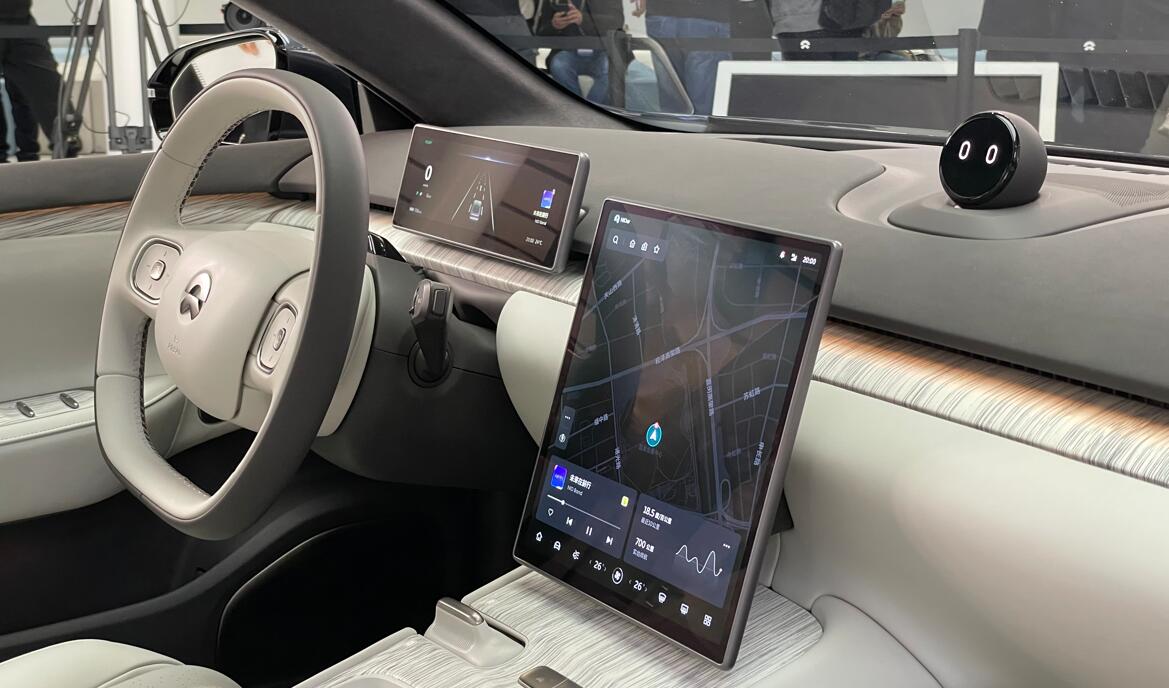 China's three leading new car makers -- NIO, XPeng Motors, and Li Auto -- are developing chips on their own or conducting related research, with NIO making the fastest progress and investing the most, according to local media.

NIO has assembled a chip team of nearly 300 people to develop both self-driving chips and LiDAR chips, according to a report by LatePost on Saturday.

NIO's chip team was formed in the second half of 2020 under its smart driving hardware division, which is headed by Bai Jian, the company's vice president of hardware, who was previously general manager of Xiaomi's chip business and hardware director at OPPO, according to the report.

The team's direct lead comes from Huawei's chip division, HiSilicon, who joined NIO in the first half of last year and reports to Bai, according to the report.

NIO's self-driving chips are not yet in the tape-out stage and could start being used in production vehicles as early as around 2024, according to the report.

NIO's LiDAR chips are being developed by the electric vehicle company in conjunction with its LiDAR supplier Innovusion, according to LatePost.

All three of NIO's models based on the NT 2.0 platform -- the ET7, ES7 and ET5 -- have LiDAR on their roofs, supplied by Innovusion, and deliveries of those models began in late March, late August and late September, respectively.

For LiDAR, functions that require chip support include sending and receiving lasers, ranging and multi-sensor data fusion, for which there is currently no standard solution in the industry, and NIO may have developed one or more of these modules, according to LatePost.

NIO is willing to invest heavily in recruiting chip talent, and some people will get salaries that are about an extra 10-20 percent higher than the chip industry's average increase of 30 percent, according to the report.

But a source close to NIO said that NIO's overall salary increase for these talents is comparable to the industry level, taking into account the different percentages of cash and stock in their salaries.

When it comes to hiring top talent, NIO is also willing to give some chip engineers with 1-5 years of experience a better deal, which has allowed the company to quickly expand its team, LatePost said.

It's worth noting that it no longer seems to be a secret that NIO develops its own chips.

William Li, the electric vehicle company's founder, chairman and CEO, said at the NIO Day 2020 event last January that self-driving chips are not as difficult to develop as general-purpose chips, and that NIO's goal is to maintain its core competency.

In an analyst call after announcing second-quarter earnings in early September, Li said that in core technology areas such as chips, NIO's goal is to build full-stack self-research capabilities.

In addition to NIO, XPeng and Li Auto are also developing their own chips or conducting related research, and their self-driving chips could be in use as early as 2024, according to LatePost.

XPeng has been recruiting a chip team since late 2020, which is currently no more than 200 people in size and is developing a self-driving chip with high computing power similar to Tesla's FSD, the report said, adding that the team expanded rapidly last year but the pace has slowed this year.

The team was headed by Benny Katibian, chief operating officer of XPeng's North American subsidiary, for the first six months after it was formed, but he left earlier this year.

The team is now headed by a former executive at Chinese drone maker DJI, who joined last June and reports to XPeng's vice president of autonomous driving, Wu Xinzhou, according to the report.

XPeng is working on self-driving chips similar to Tesla's FSD, and the first chip is expected to tape out next year with a computing power of more than 1,000 TOPS, the report said.

For reference, the latest generation of Tesla FSD has a computing power of 144 TOPS, Nvidia Orin has 254 TOPS per chip, and its newly released Thor chip has 2000 TOPS per chip.

For XPeng, it wanted to invest more, but is limited by limited resources and needs to consider the overall business objectives, including cost reduction, the report said.

Li Auto expanded its chip team earlier this year and now has dozens of people, but it's still in the early stages of research, according to LatePost.

Li Auto, which focused most of its efforts on vehicle design and manufacturing in its early years, was the last of the three companies to start developing its own autonomous driving system.

With more resources, Li Auto sees power semiconductors as a higher priority than self-driving chips, with a strategy similar to BYD's, according to the report.

Li Auto has formed a joint venture with LED chip maker Sanan Optoelectronics, with a 70 percent and 30 percent stake, respectively.