CALB hopes to reach the top five in the global electric vehicle battery market within a year and become one of the top three in three to five years, its chairwoman said. 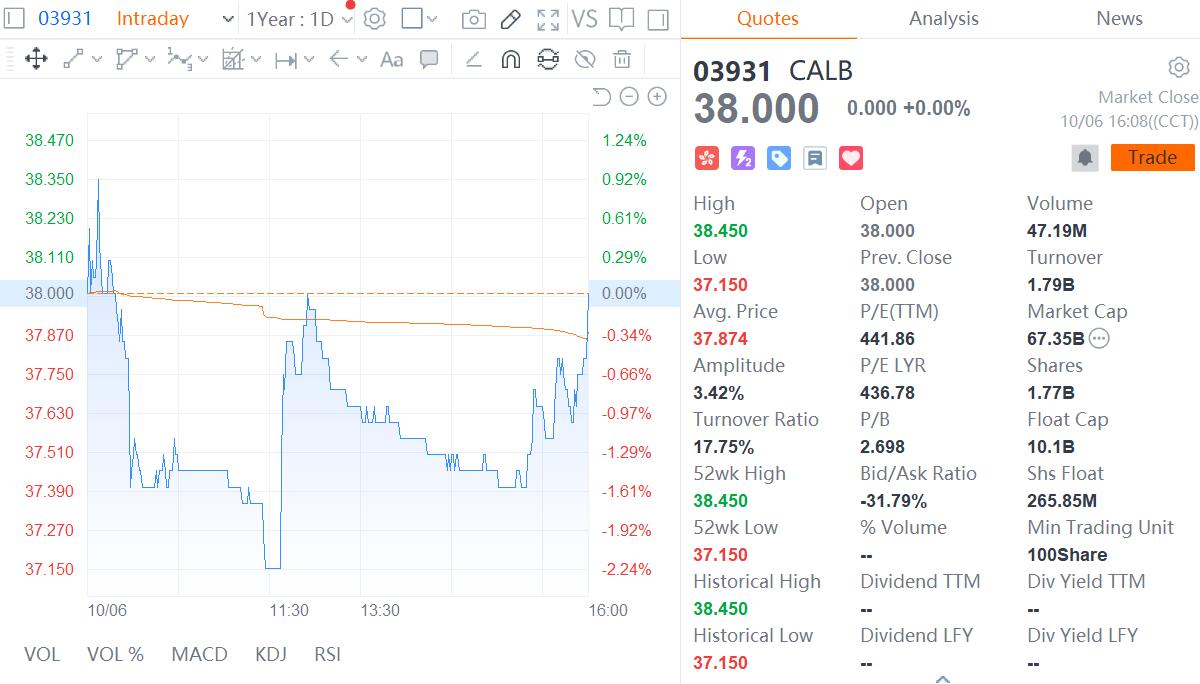 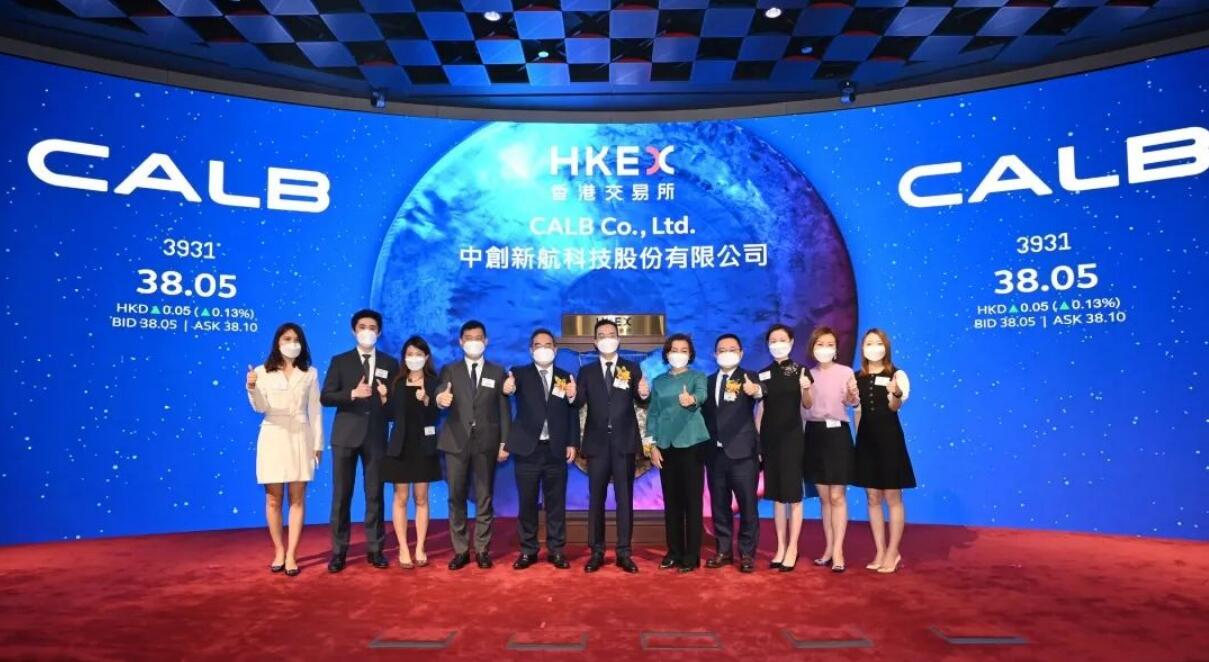 Fifteen cornerstone investors, including XPeng Motors and Tianqi Lithium, subscribed for a total of about HK$5.8 billion of the company's shares, accounting for 8.43 percent of the post-IPO equity.

The listing in Hong Kong is an important milestone in CALB's development, said the company's chairwoman, Liu Jingyu, in her speech at the IPO ceremony. 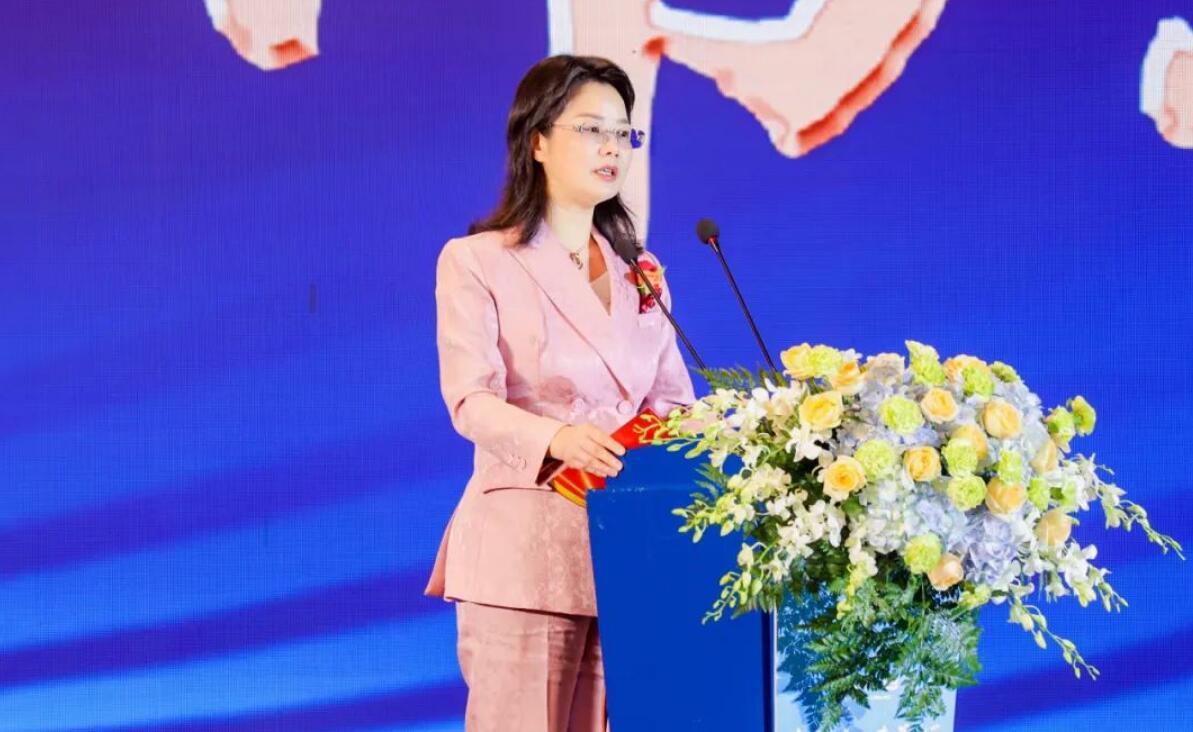 CALB hopes to reach the top five in the global electric vehicle battery market within a year and become a top three player within three to five years, Liu said in an interview with Bloomberg Television.

CALB is currently China's third-largest power battery maker, with a 5.62 percent share of installed capacity in August, behind CATL's 46.79 percent and BYD's 21.91 percent, according to the China Automotive Battery Innovation Alliance.

In the global market, CALB was the seventh-ranked power battery maker with a 4.2 percent share from January to July, according to data released last month by Seoul-based SNE Research. 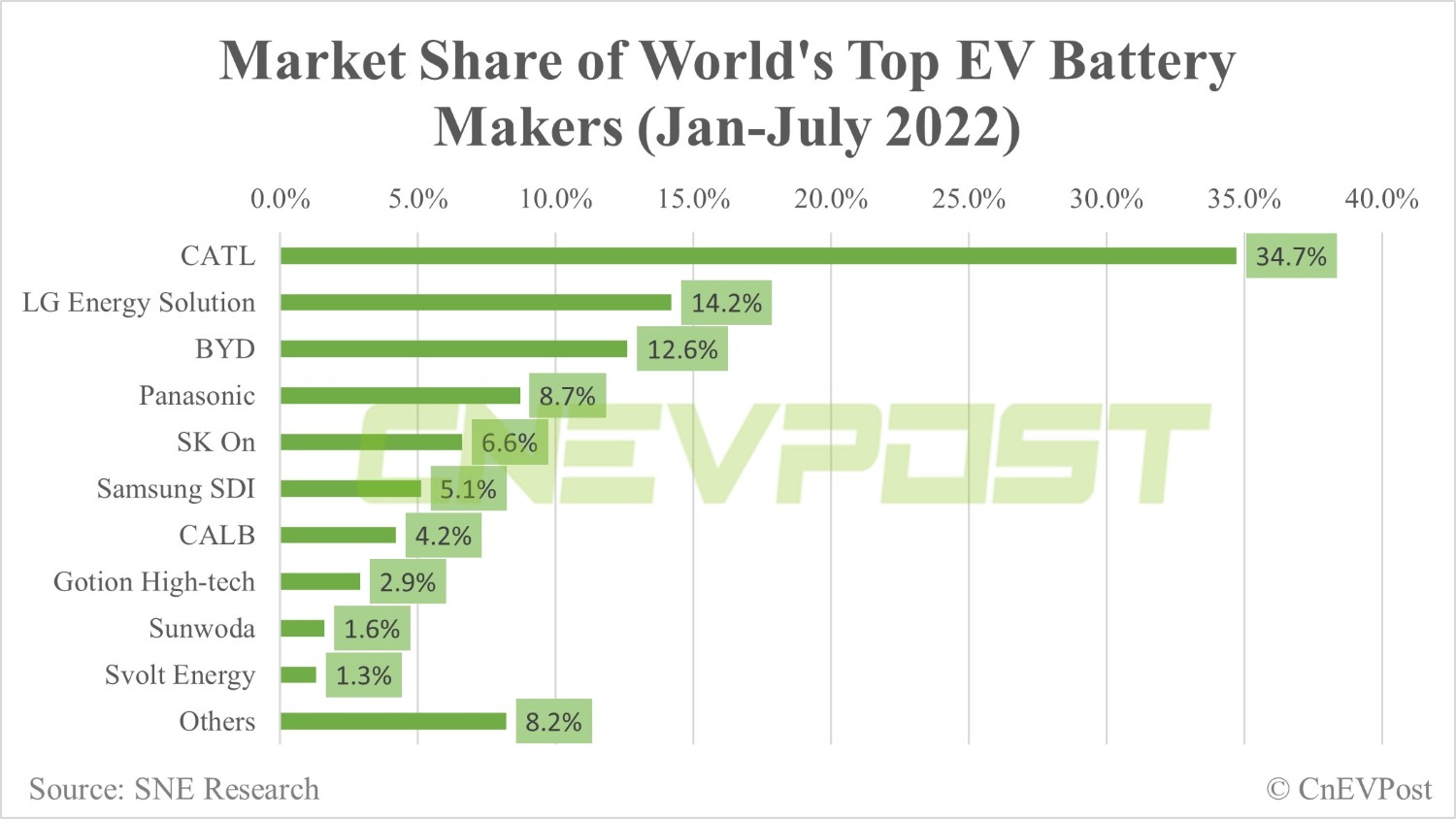 So far this year, CALB has announced production expansions in regions including Guangdong, Fujian, Sichuan and Hubei.

After all the projects under construction are completed, the company will have as many as 10 production bases for power batteries and energy storage systems, including Changzhou, Luoyang, Xiamen, Chengdu, Wuhan, Hefei, Heilongjiang, Guangzhou, Jiangmen and Meishan.

According to the company's plan, its target power battery production capacity will reach 500 GWh by 2025, with a projected capacity of 1 TWh by 2030.

Notably, CATL sued CALB earlier this year, accusing the latter of infringing on its patents.

Last month, CALB vice president Wang Xiaoqiang said the lawsuit did not have a material impact on the company's IPO.

Liu was quoted in local media today as saying the company believes it can get a good result in the lawsuit.