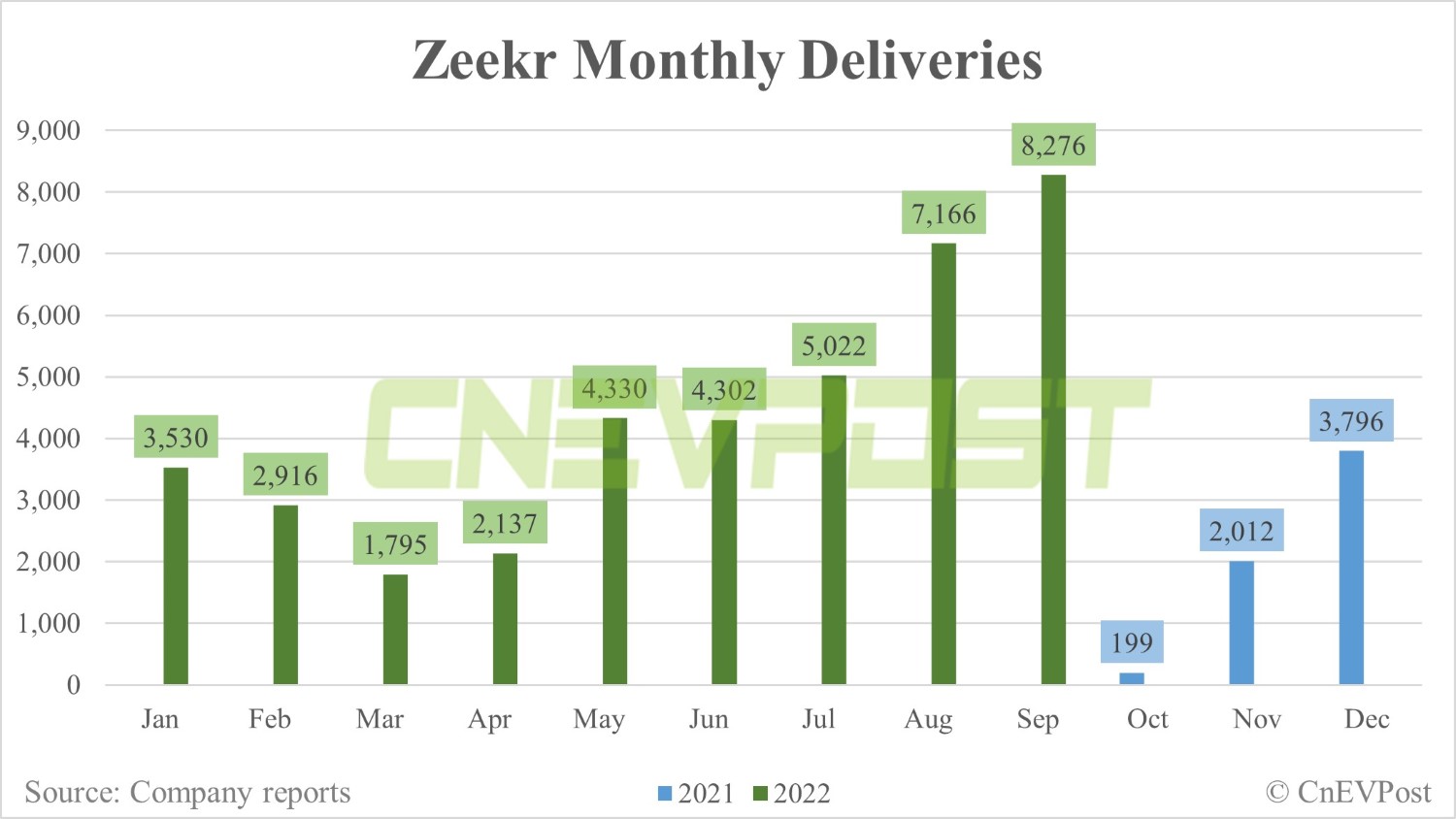 Zeekr delivered a record 8,276 vehicles in September, up 15 percent from 7,166 in August, according to figures released today by the Geely-owned premium electric vehicle (EV) brand.

Zeekr currently sells only the Zeekr 001, which has delivered a cumulative 45,481 vehicles since deliveries began last October, including 39,474 vehicles delivered in the first nine months of the year.

Zeekr was officially launched as a standalone company in March 2021, and Zeekr 001 was unveiled on April 15 last year.

On September 9, Zeekr announced that it had sold out of available capacity for the year and that new orders would begin to be delivered in 2023. The company had previously set a delivery target of 70,000 units for 2022.

Zeekr built its first charging station on September 28 last year, and as of September 29 this year, it reached 507 stations covering 100 cities in China, it said earlier this week.