Neta currently offers budget EVs Neta V and Neta U in China, with deliveries of its flagship sedan Neta S expected to begin in the fourth quarter. 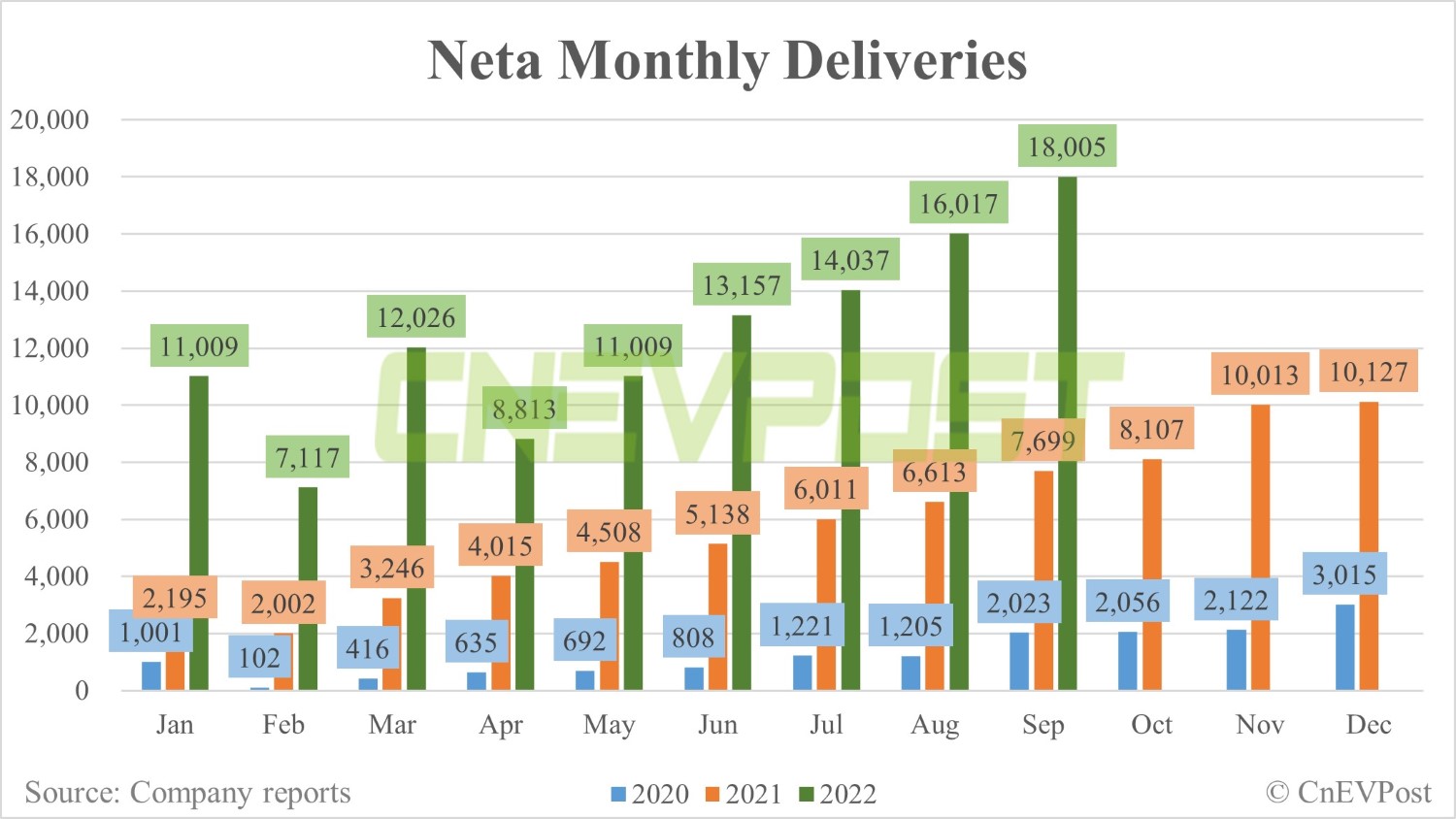 On June 6, Neta began pre-sales for its flagship sedan Neta S. On June 22, Neta announced that the model had received 5,216 pre-orders in 15 days.

Neta said today that orders for the Neta S exceeded 15,000 units, and test drives for the model will be available in a large number of stores in October.

Neta is also actively expanding overseas, but unlike car companies including NIO and BYD, it is focusing its overseas efforts on Southeast Asia as well as the Middle East markets.

On August 24, Neta announced the launch of the right-hand drive version of the Neta V in Thailand, its first model to be offered there, and on September 2, Neta opened its first direct experience store in Thailand based on the 3.0 visual design.

On September 15, Neta announced the start of deliveries of the Neta V right-hand drive version in Nepal. The company has partnered with local dealer CG Motors to bring its models to Nepal.

On September 28, Neta announced its entry into the Israeli market, signing a strategic partnership agreement with local dealer Blilious Group.