Pre-sales for the Radar RD6 start at RMB 180,000 ($25,240), with the first production vehicles of the model already rolling off the line and deliveries set to begin in the fourth quarter. 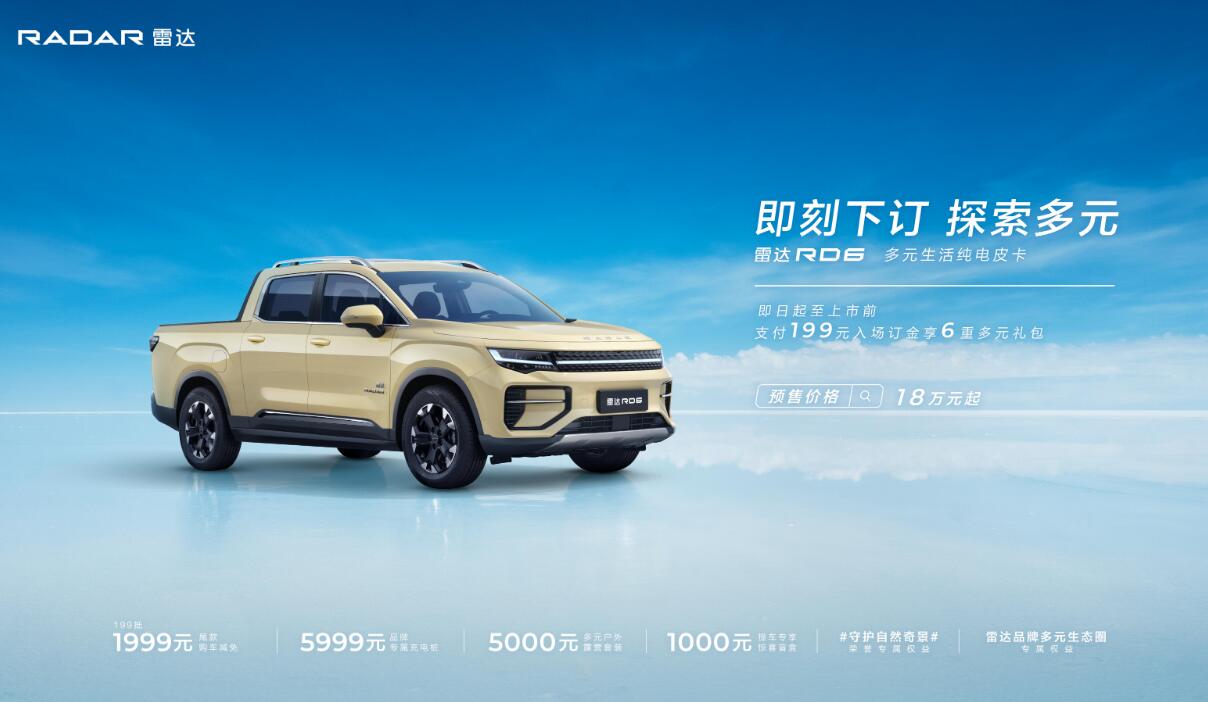 Pre-sale prices for the RD6 start at 180,000 yuan ($25,240) and Radar has not announced model-specific pre-sale prices like other electric car companies.

Chinese consumers can currently reserve the model by paying RMB 199 through channels including Radar's website and app to receive some exclusive benefits.

Radar also announced that the first production vehicles of the RD6 rolled off the production line at its factory in Zibo, Shandong province in eastern China. 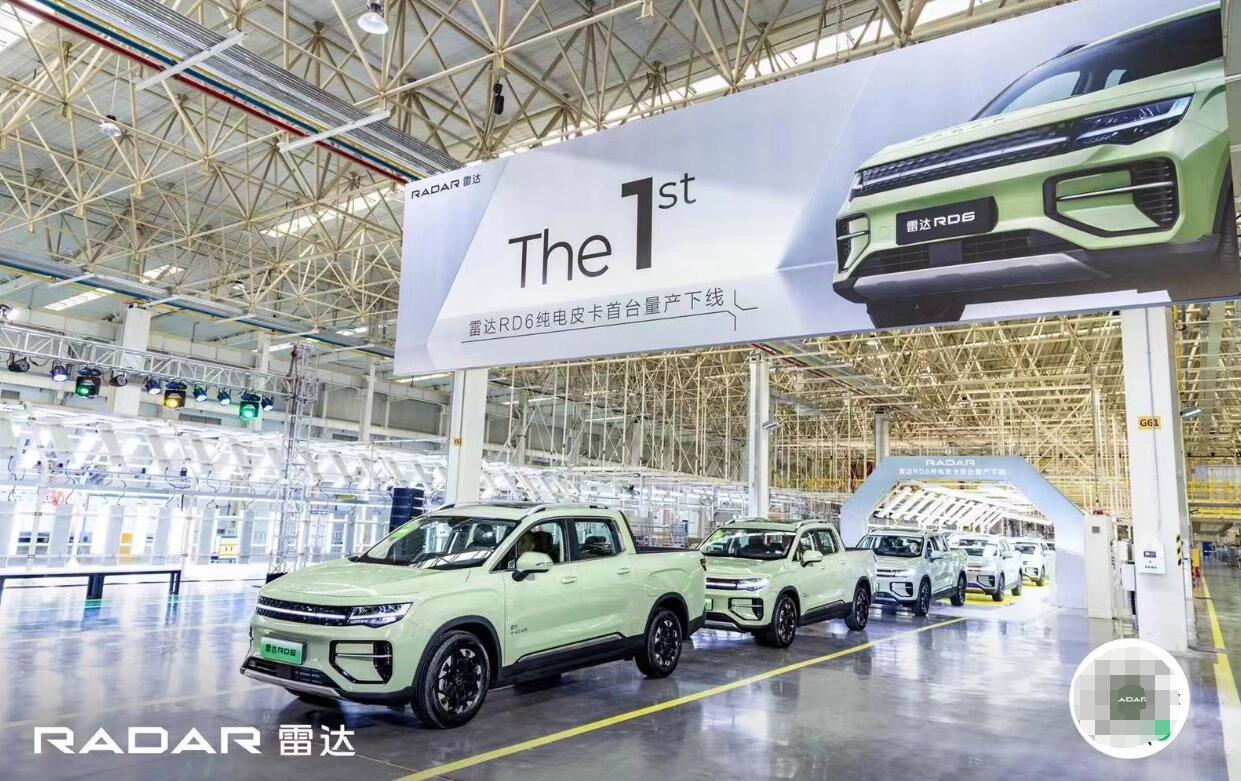 This marks the mass production capability of Radar's production line at the Zibo plant and will provide guaranteed capacity for subsequent product deliveries, according to the brand's CEO Ling Shiquan.

Geely officially unveiled the Radar brand and its first model, the RD6, on July 12 and said the electric pickup will begin deliveries in the fourth quarter of 2022.

The Radar brand is Geely's answer to the US brand Rivian, which could be part of it completing its aggressive sales plan for the next few years.

Radar is a fully capable independent brand with its own R&D facility in Hangzhou and a fully equipped EV production facility in Zibo, Geely said.

It is developing a complete portfolio of electric lifestyle vehicles, including pickups and SUVs as well as ATVs (all-terrain vehicles) and other lifestyle products, Geely previously said.

The Radar RD6 is based on Geely's SEA (Sustainable Experience Architecture) electric platform and is capable of accelerating from 0 to 100 kilometers per hour in 7 seconds with a range of up to 600 kilometers, Geely previously said.

Radar today announced more specifications for the RD6, showing that the model is equipped with a 200 kW electric drive and has a maximum 120 kW fast charging capability with a range of 120 km in 15 minutes of charging. 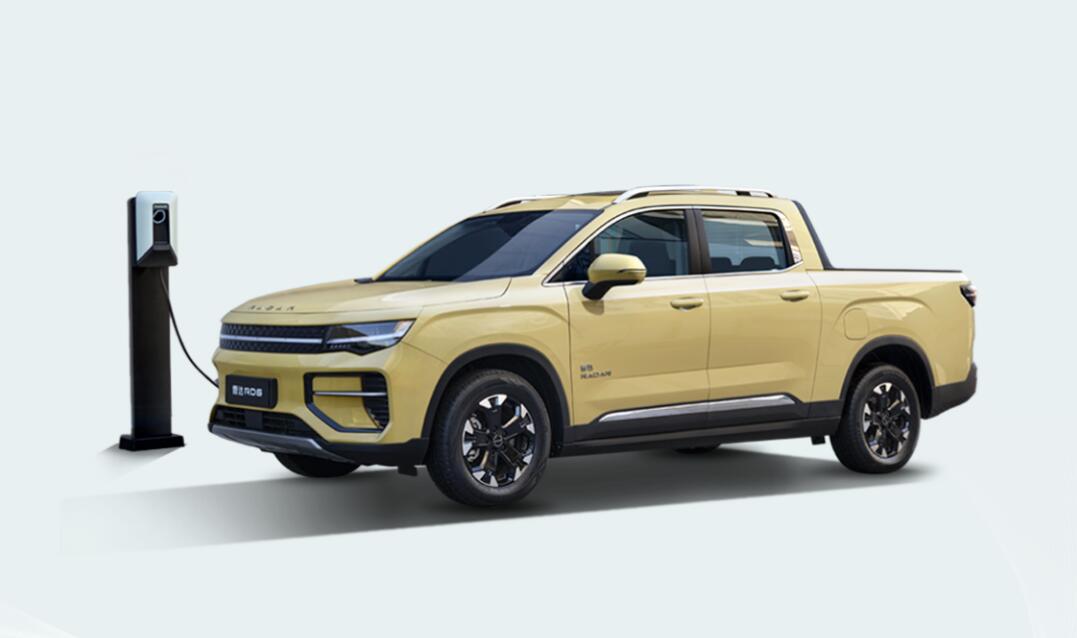 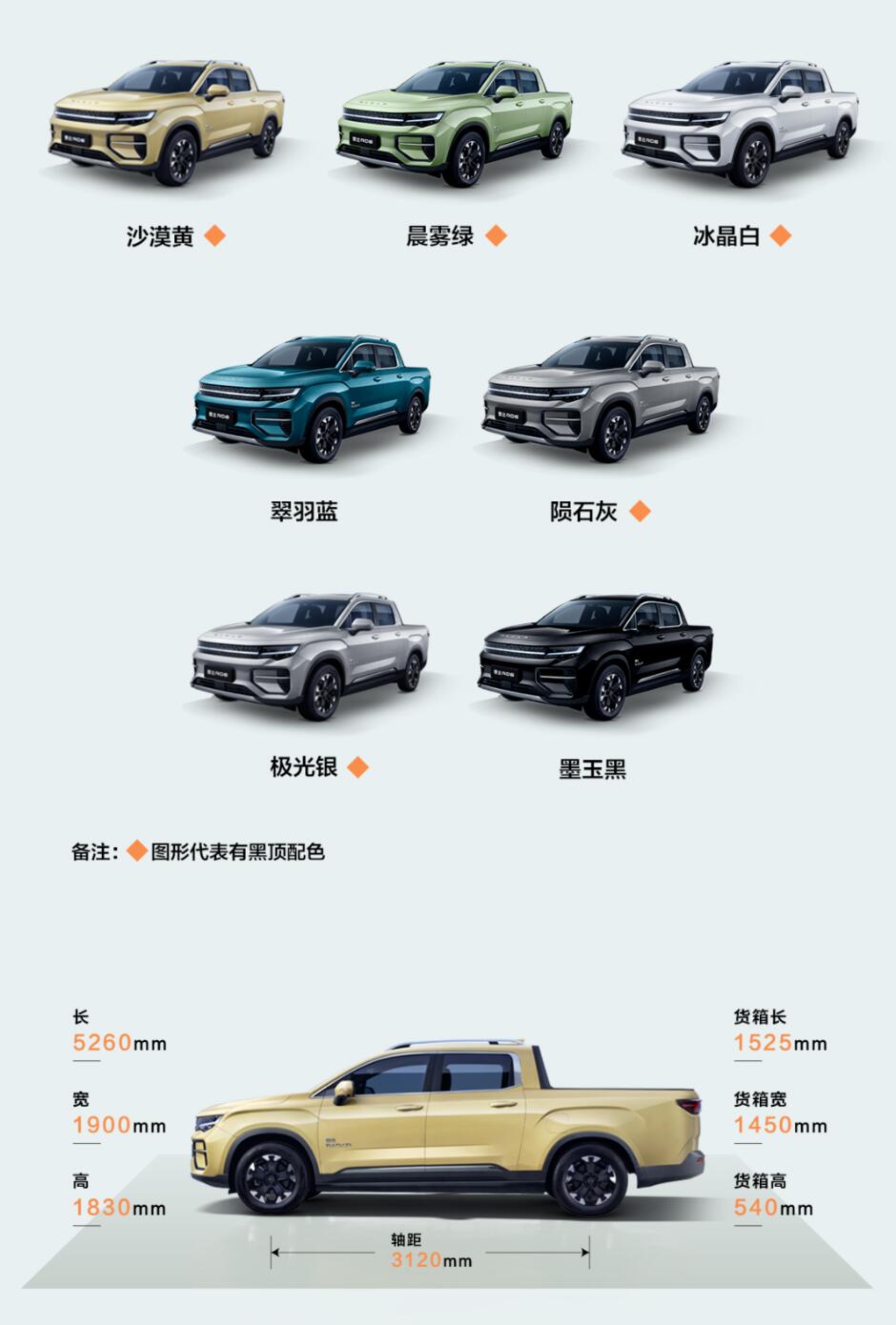 It also supports external discharge with 6 kW of power in parking as well as while traveling.