On September 15, Sunwoda announced another RMB 12 billion investment in a power battery production base with a planned annual capacity of 30 GWh. 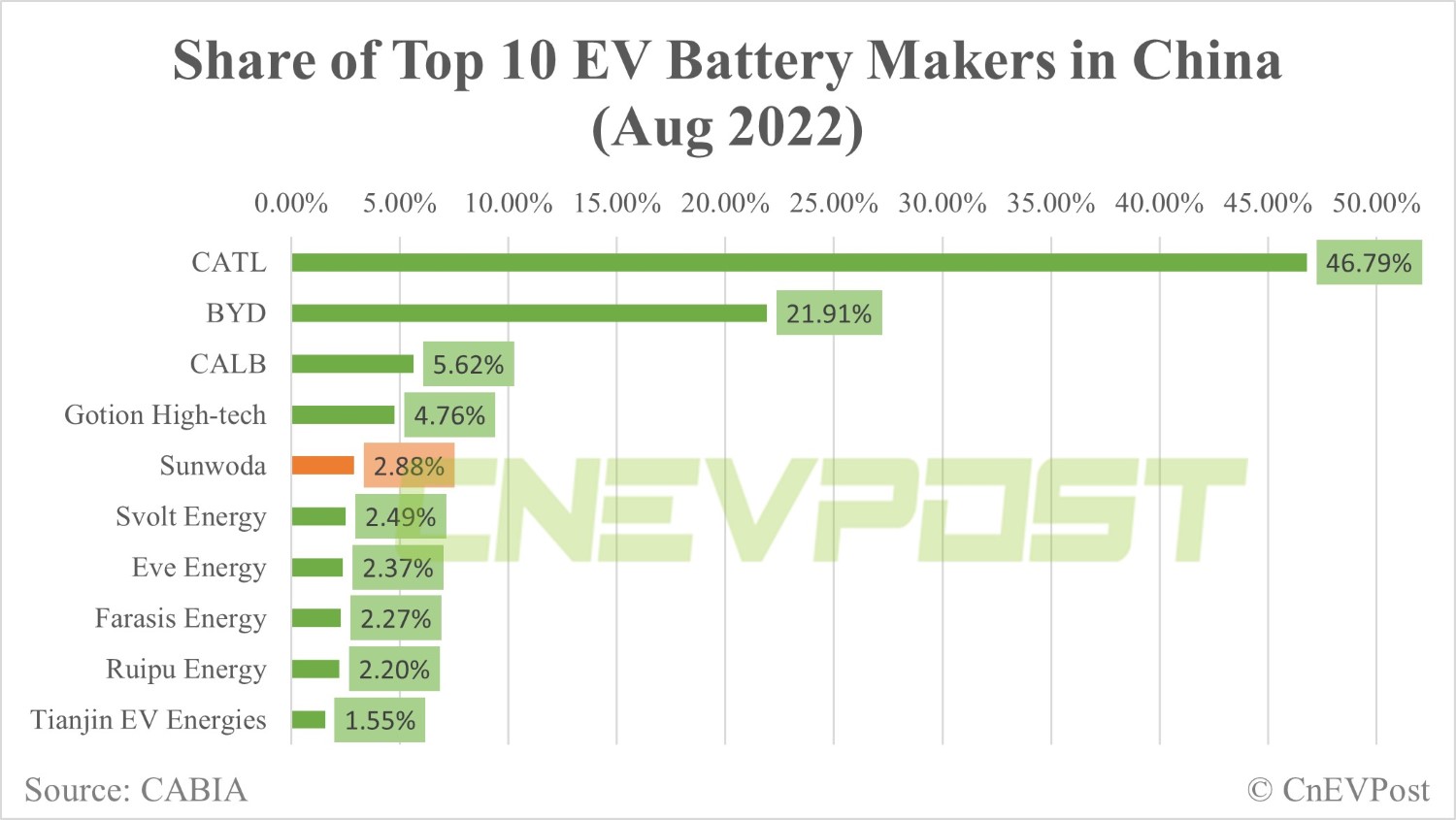 The company's electric vehicle (EV) battery subsidiary Sunwoda Electric Vehicle Battery Co Ltd (Sunwoda EVB) plans to sign an investment agreement with the Yiwu city government for the project, according to an exchange announcement from the Shenzhen-listed company.

The base will manufacture products including cells, modules, packs and battery systems for automotive power batteries and energy storage batteries, with a total investment of about RMB 21.3 billion ($3 billion), including about RMB 16 billion in fixed assets.

The investment will help boost Sunwoda's overall competitiveness and meet the needs of its growing new energy vehicle (NEV) business, the company said.

This is the second power battery expansion plan Sunwoda has announced this month.

On September 15, Sunwoda announced that Sunwoda EVB plans to sign an agreement with the Yichang city government of Hubei province, Dongfeng Motor Group and Dongfeng Hongtai to set up a joint venture.

The joint venture plans to invest about RMB 12 billion in Yichang to build a 30 GWh power battery production base.

Since March 2021, Sunwoda has disclosed 14 investments with a total amount of over RMB110 billion.

Sunwoda was founded in 2008 and listed on ChiNext stock market, China's Nasdaq-style board for growth enterprises, in April 2011. Its main business is consumer batteries, but its power battery business has been growing rapidly in recent years.

In August, Sunwoda's power battery installed base in China was 0.8 GWh, ranking fifth with a 2.88 percent share, according to data released earlier this month by the China Automotive Battery Innovation Alliance.