NIO is expected to receive a small batch of 150-kWh semi-solid-state batteries from WeLion in September and start using them in the fourth quarter, according to a previous media report.

The joint venture was incorporated in Shenzhen on August 17 with a registered capital of 20 million yuan ($3 million), information from data provider Tianyancha shows. 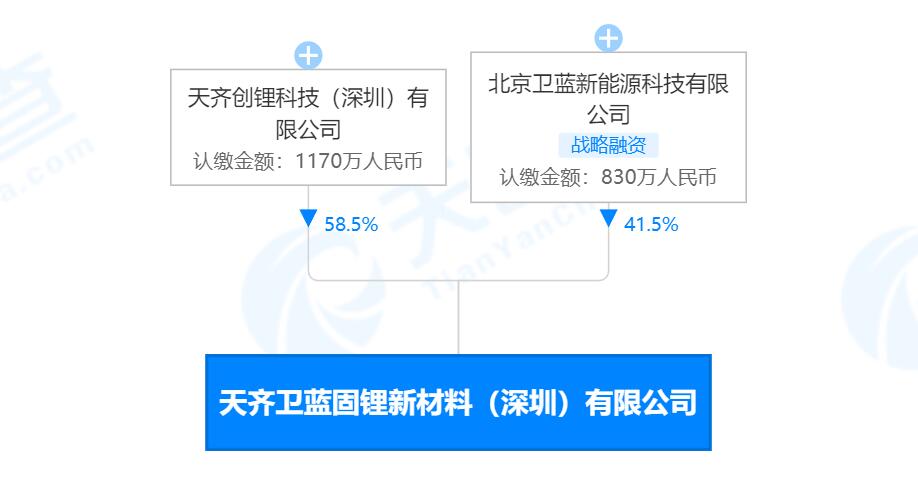 Notably, a subsidiary of Tianqi in Chengdu holds a 3.26 percent stake in WeLion.

On May 20, Tianqi's announced that one of its subsidiaries had signed an agreement with WeLion to form a joint venture.

The establishment of the joint venture will help improve the company's core competitiveness and profitability, Tianqi's previous announcement said.

Shenzhen-listed Tianqi, one of China's largest lithium producers, raised about HK$13 billion in a Hong Kong listing on July 13.

Last month, Tianqi said in an exchange announcement that it expects first-half net profit attributable to shareholders to be 9.6 billion yuan to 11.6 billion yuan, up 110 to 134 times from a year earlier.

Tianqi attributed the first-half earnings surge to a significant increase in sales and selling prices of its lithium products.

Li Hong, chief scientist and founder of WeLion, said on March 27 that the company was making batteries with a 1,000-kilometer range on a single charge based on the ET7.

On July 29, local media outlet LatePost reported that NIO is expected to receive a small batch of 150-kWh semi-solid-state batteries from WeLion in September and will get them into mass production and use in the fourth quarter.