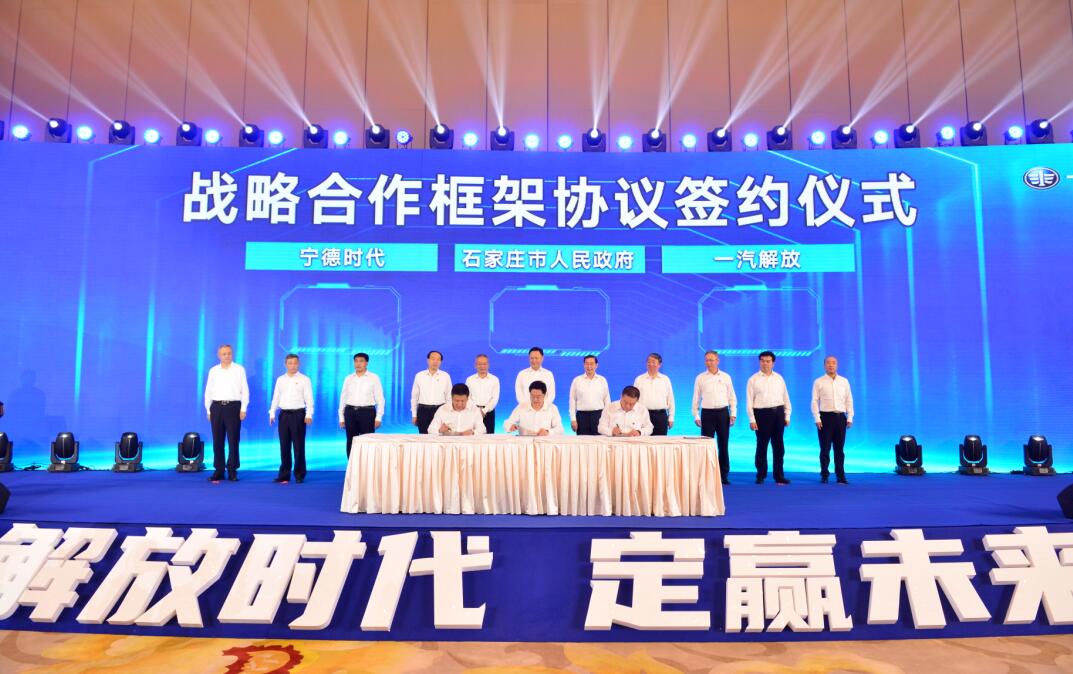 CATL's press release did not provide more meaningful information, though there has been some exploration in the company's commercial vehicle sector.

These heavy trucks and dump trucks are powered by CATL's high-capacity lithium iron phosphate batteries, which support both high-power fast charging and quick battery swaps in 3-5 minutes, according to a release in February.

This can help eliminate the anxiety caused by heavy truck vehicles in terms of charging time and range, and can improve the efficiency of vehicle operations, CATL said at the time.

CATL's power battery installed base in China in July was 11.41 GWh, continuing to rank first with a 47.19 percent share, according to data released by the China Automotive Battery Innovation Alliance on August 11.