CATL continued to rank first in July with a 47.19 percent share, but down from 49.6 percent in June. BYD's share was 25.23 percent, its second highest on record. 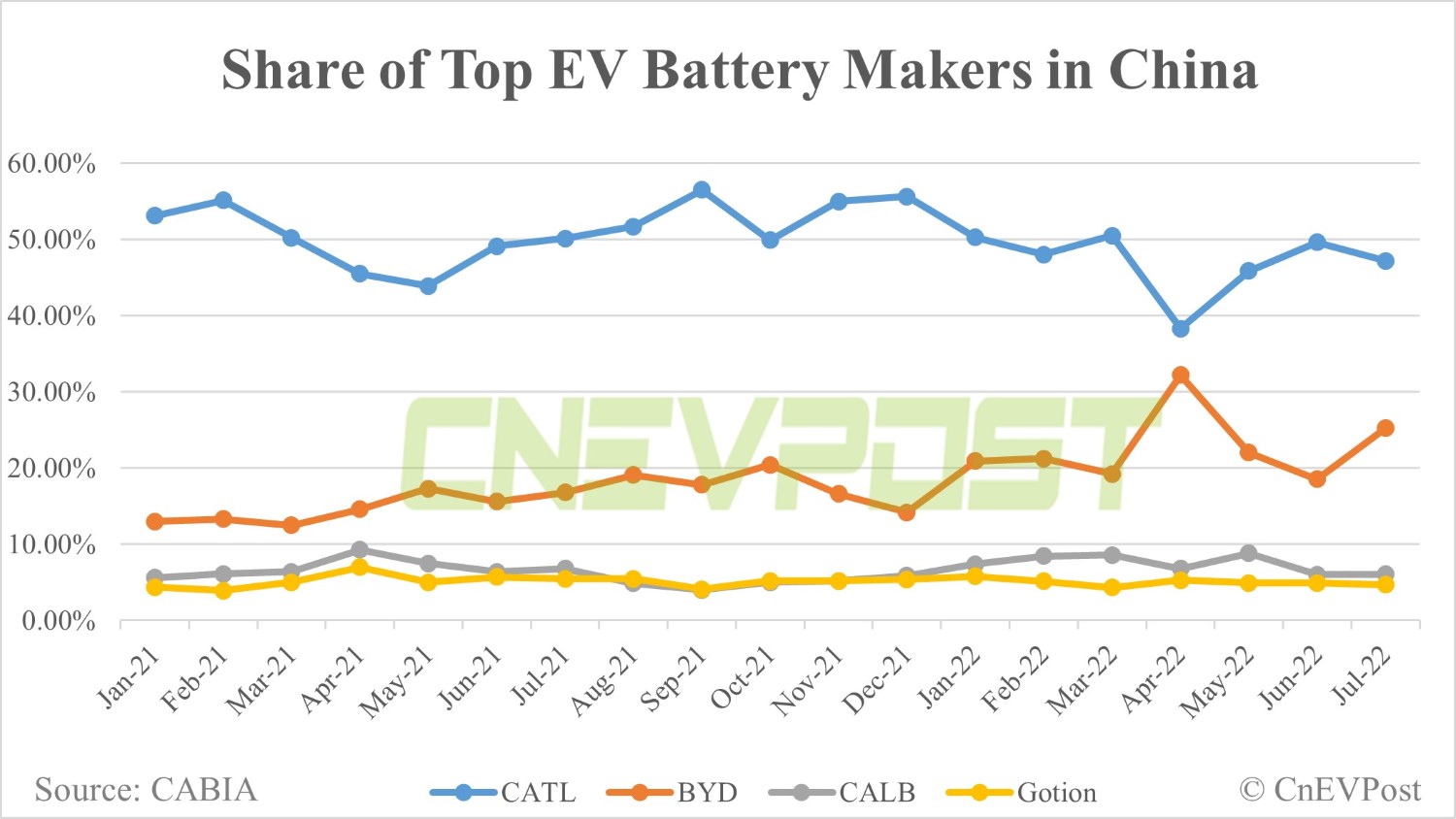 CATL's power battery installed base in China in July was 11.41 GWh, continuing to rank first with a 47.19 percent share, according to data released today by the China Automotive Battery Innovation Alliance (CABIA).

This is a slight decline from the 49.6 percent share in June, ending two consecutive months of share gains in May and June.

BYD's share in July was its second highest on record, behind April's record high of 32.18 percent.

It is worth noting that BYD is expected to continue to grow in the power battery sector, as Tesla is rumored to have started using its batteries.

BYD's blade batteries supplied to Tesla have started to be delivered to the latter's plant in Berlin, Germany, the first Tesla factory to use BYD batteries, Sina Tech said on August 10, citing multiple sources familiar with the matter.

Back to the latest ranking, CALB came in third in July with a 6.07 percent share, or 1.47 GWh, of the installed base. 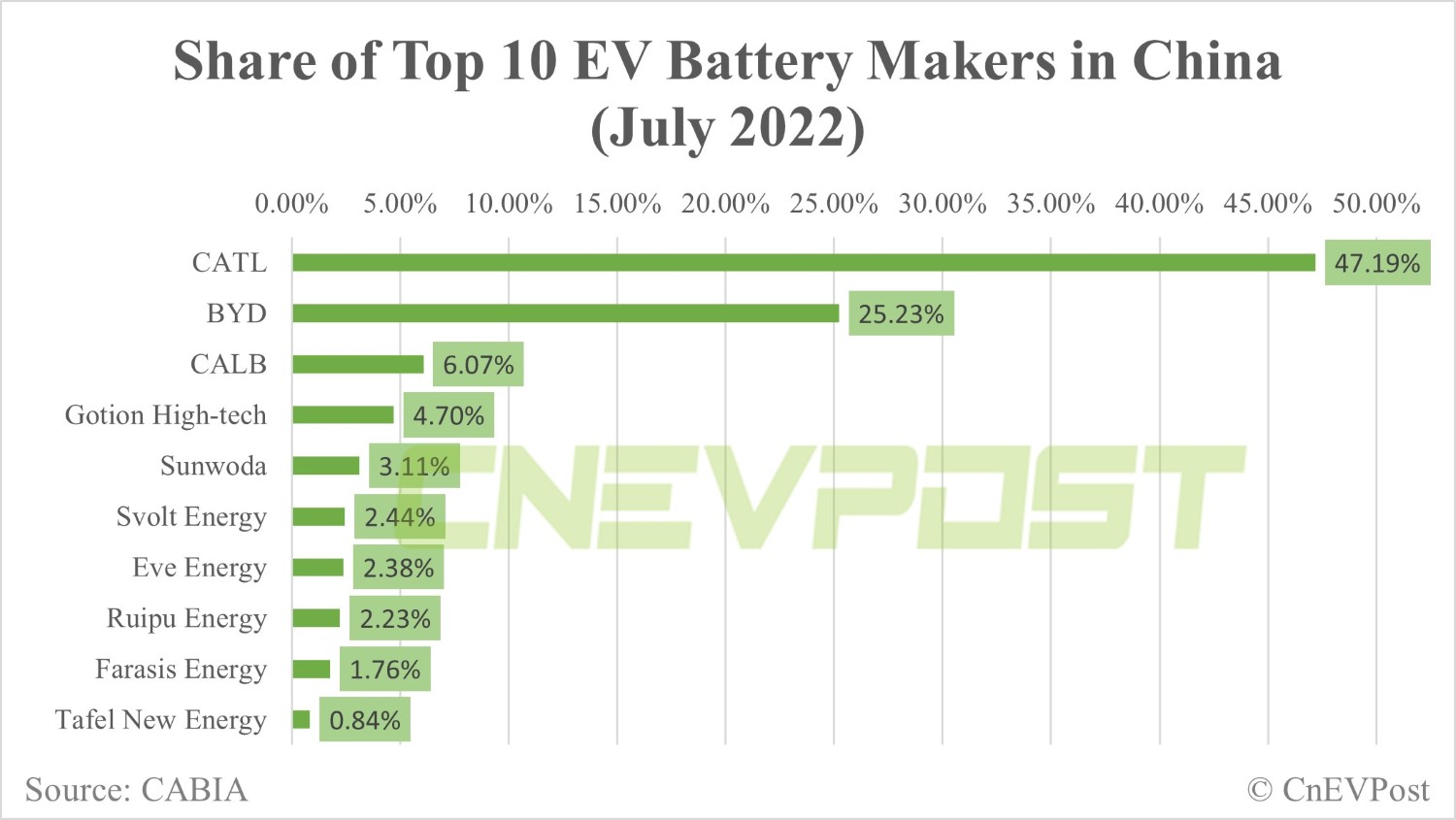 Among them, the installed base of ternary batteries was 9.8 GWh, accounting for 40.7 percent of the total installed base, up 80.4 percent year-on-year but down 15.0 percent from June.

The installed base of lithium iron phosphate batteries was 14.3 GWh, accounting for 59.3 percent of the total installed base, up 147.2 percent year-on-year and down 7.0 percent from June.

From January to July, China's power battery installed base was 134.3 GWh, an increase of 110.6 percent year on year. 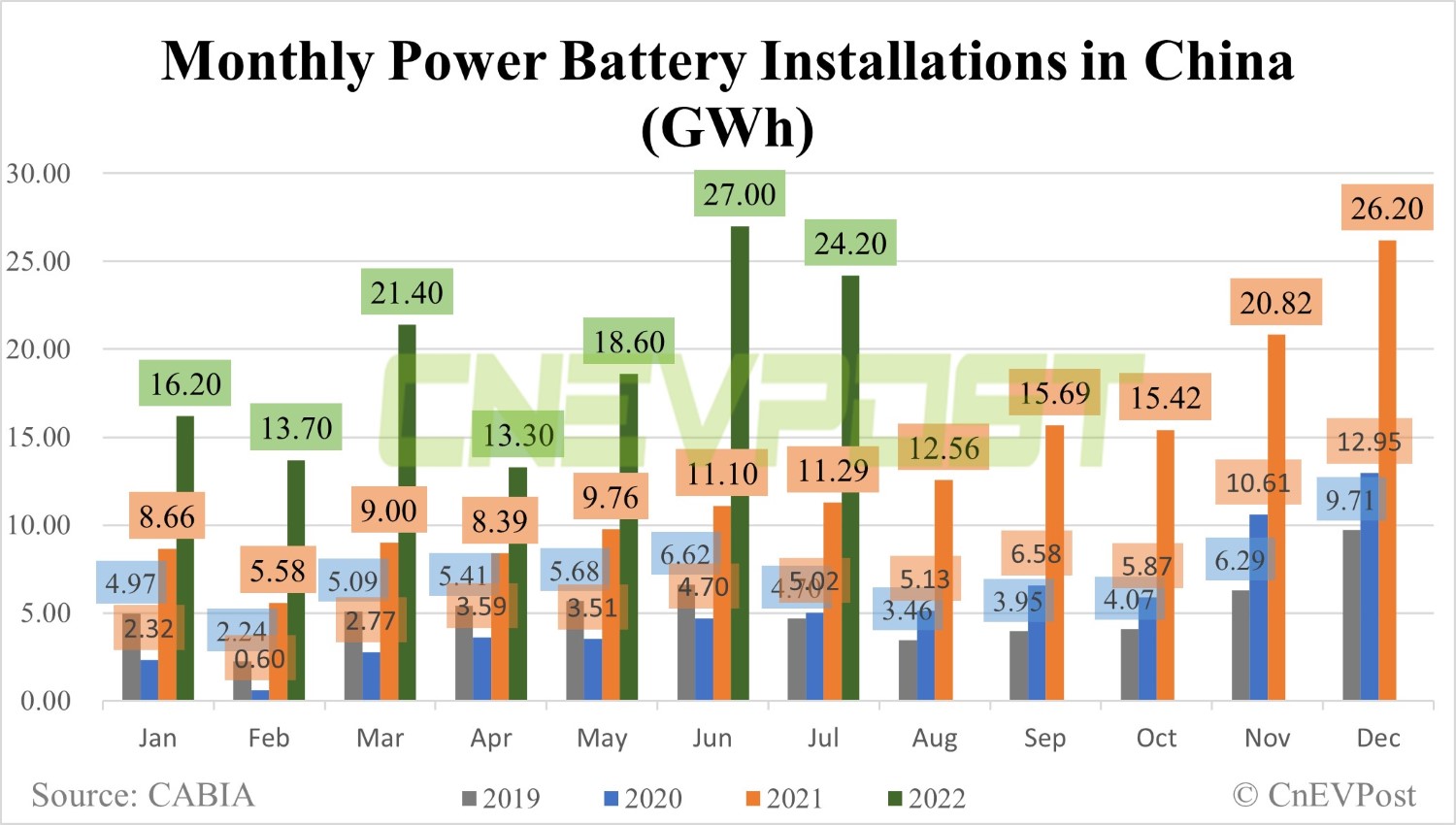