From January to July, the Tesla Model Y remained at the top of the premium SUV sales rankings. 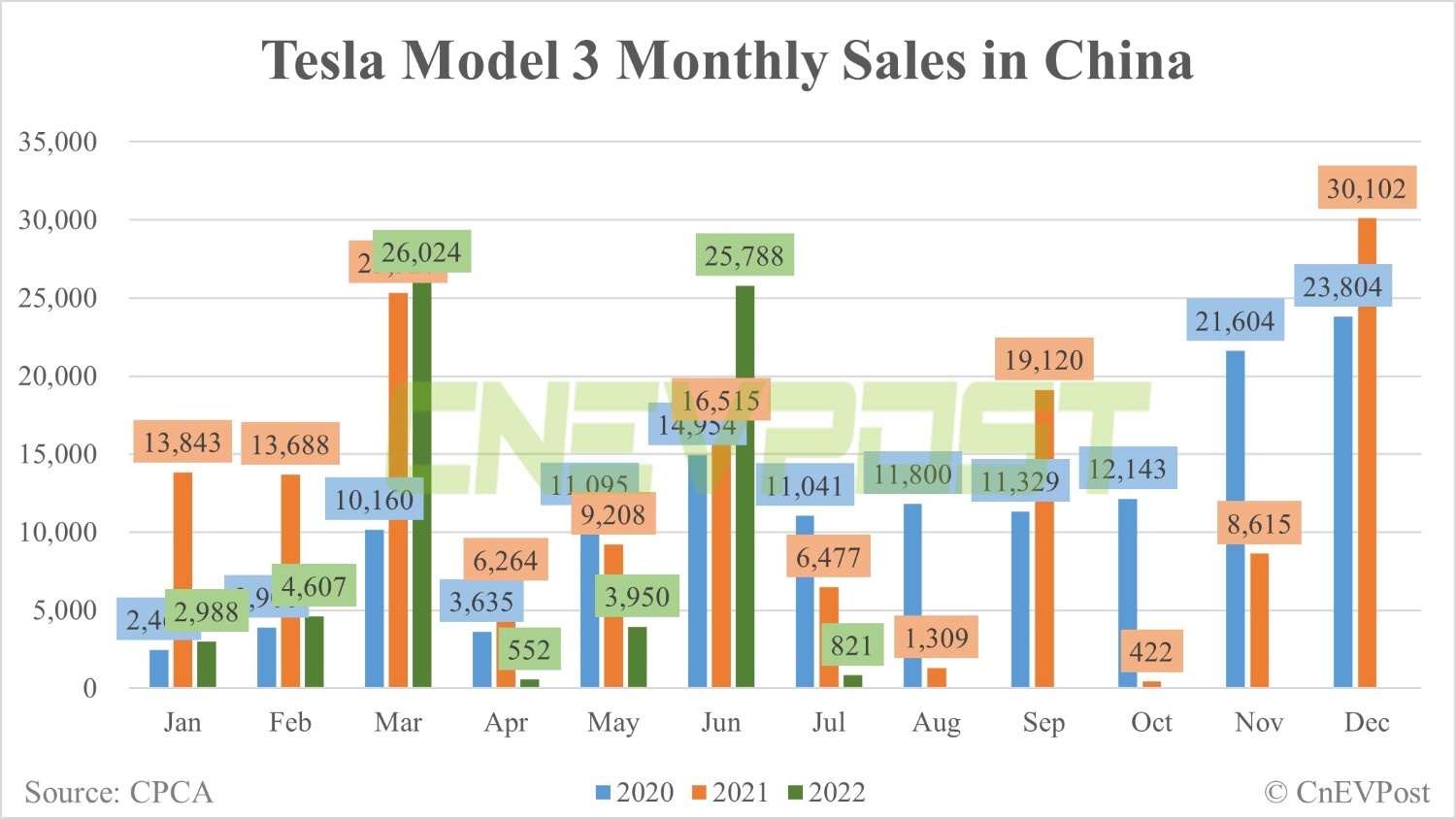 Tesla's deliveries in China were down sharply in July, with production disrupted by the Shanghai plant upgrade and the vast majority of vehicles being exported.

The Tesla Model 3 sedan retail sales in China were 821 units in July, down 87.32 percent from 6,477 units a year ago and down 96.82 percent from 25,788 units in June, according to data released today by the China Passenger Car Association (CPCA). 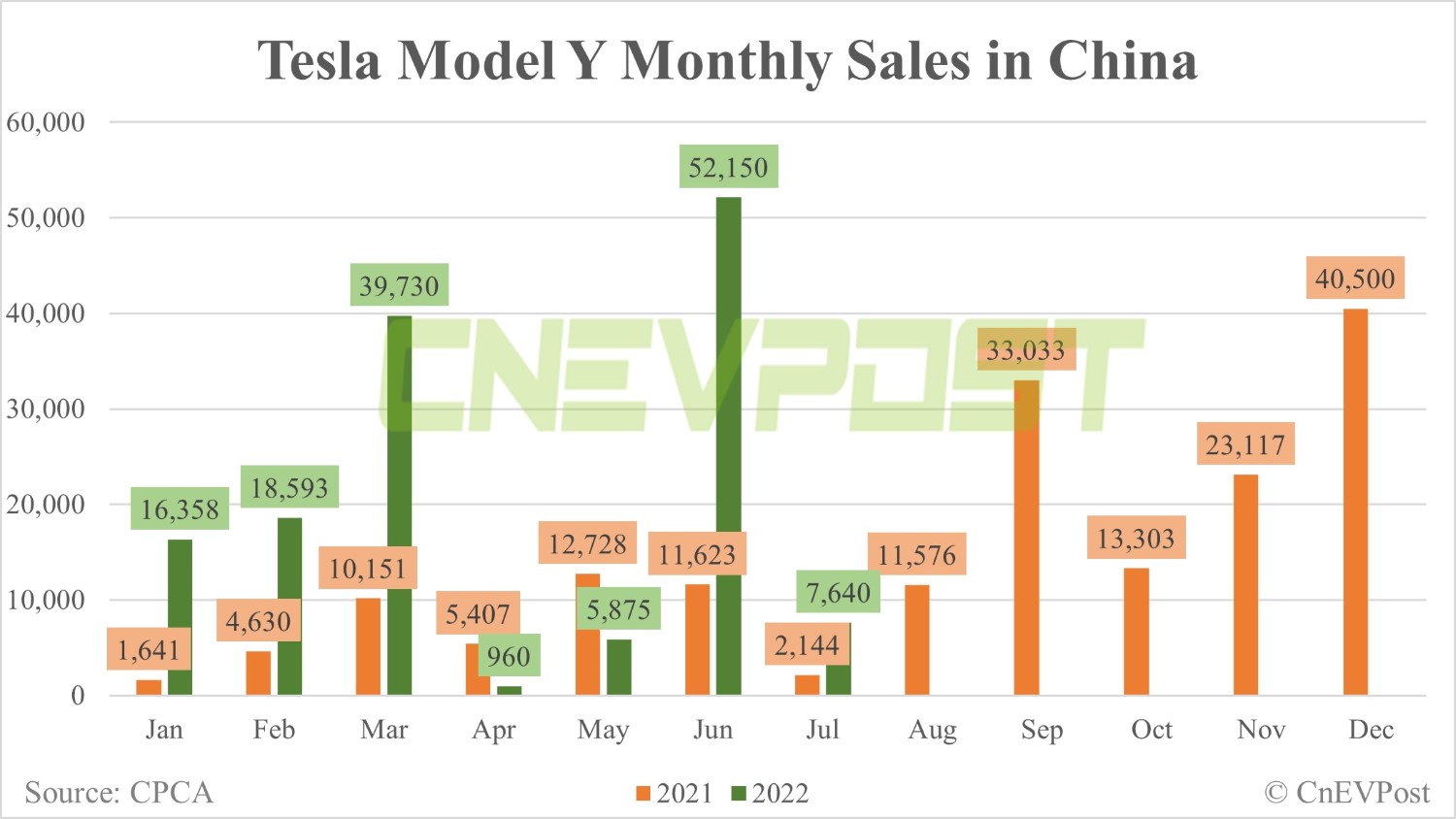 Notably, despite Model Y's significant sales decline in China in July, the model still ranked No. 1 in China from January to July in sales of premium SUVs with a starting price above RMB 300,000 ($44,400), according to the CPCA. 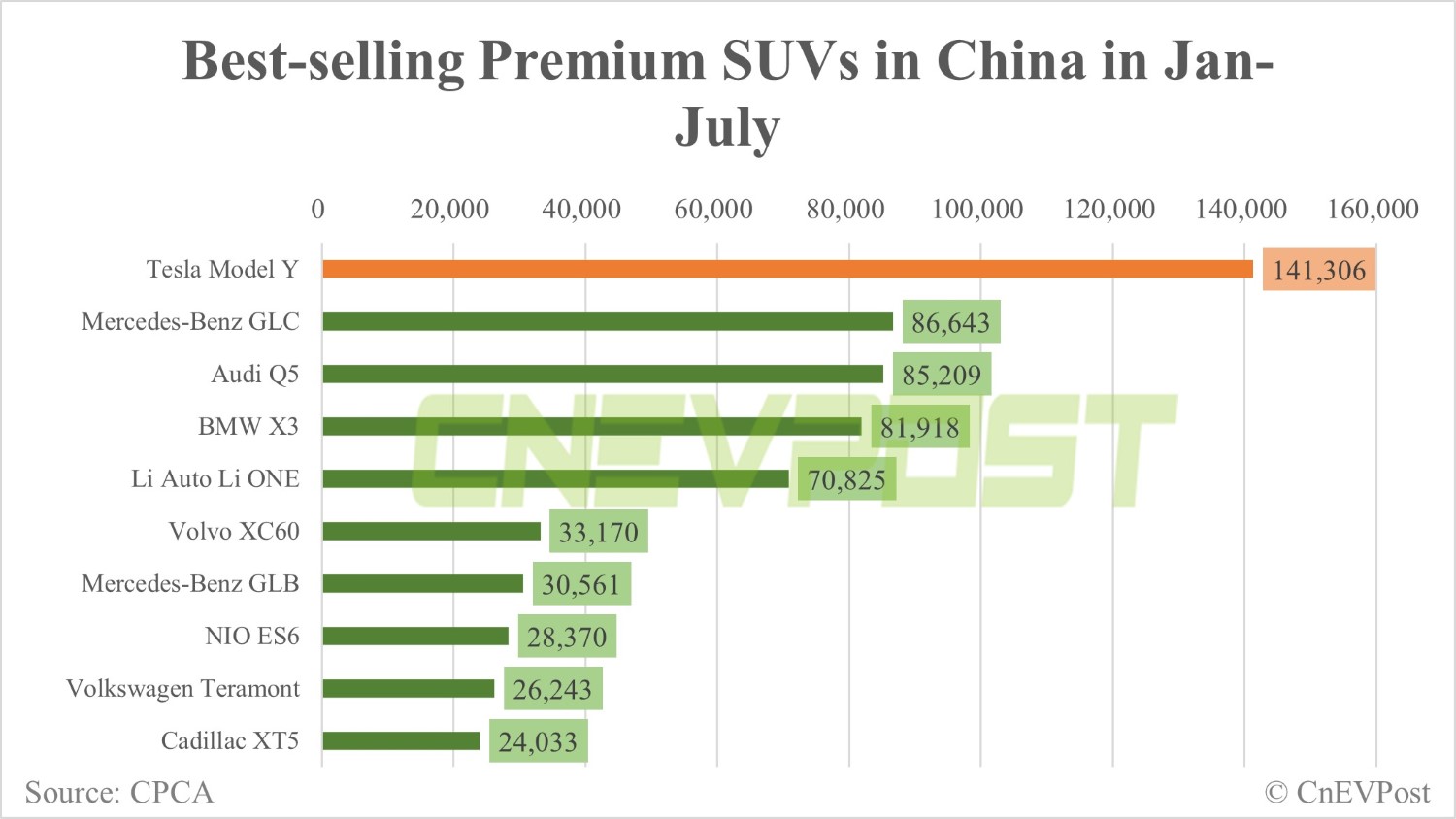 In July's high-end SUV sales rankings, the Tesla Model Y ranked fifth, according to the CPCA.

Tesla China's sharp decline in wholesale sales in July was not due to new obstacles to its operations, but rather to production line upgrades that created disruptions to production.