Tesla's China-made Model Y now comes standard with an extra far-side airbag across the lineup, possibly as part of a recent production line upgrade at the Shanghai plant.

Tesla announced the information on Weibo today, saying the move is aimed at all-around safety on the road.

The airbag is mounted on the inside of the driver's seatback and reduces contact injuries between front occupants in a possible side impact. 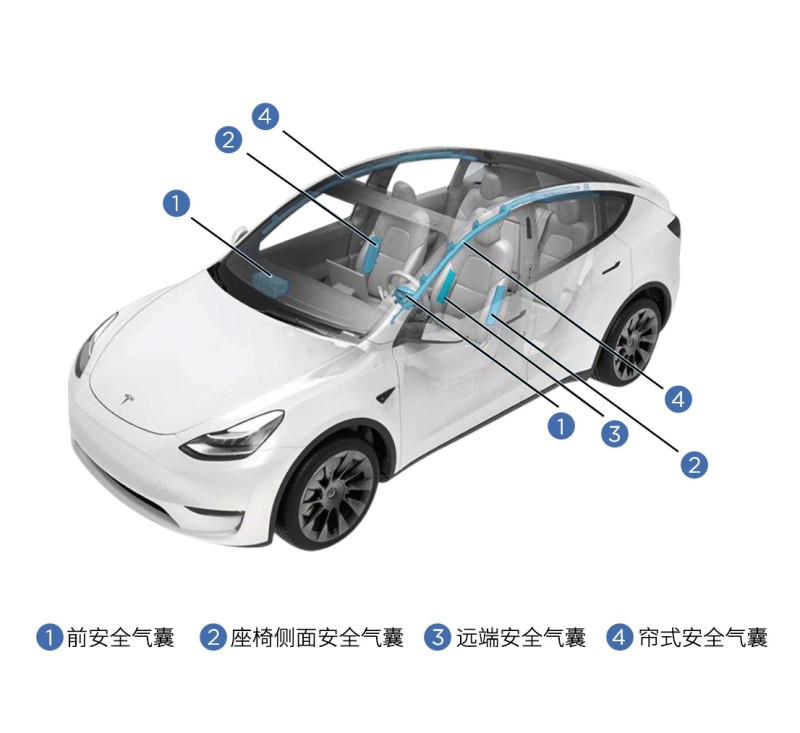 According to Euro NCAP, about one quarter of crash injuries in traffic accidents come from side crashes, with half of the resulting occupant injuries coming from far-side crashes, which are likely to be very serious.

In 2020, Euro NCAP added far-side occupant safety to the measurement criteria for the first time.

With the addition of the latest airbag, the China-made Model Y now has a total of seven airbags.

Model Y vehicles currently sold in the US are not yet equipped with far-side airbags, but they have a right-side front airbag and a knee airbag that China-made Model Y vehicles do not have, according to the owner's manual. 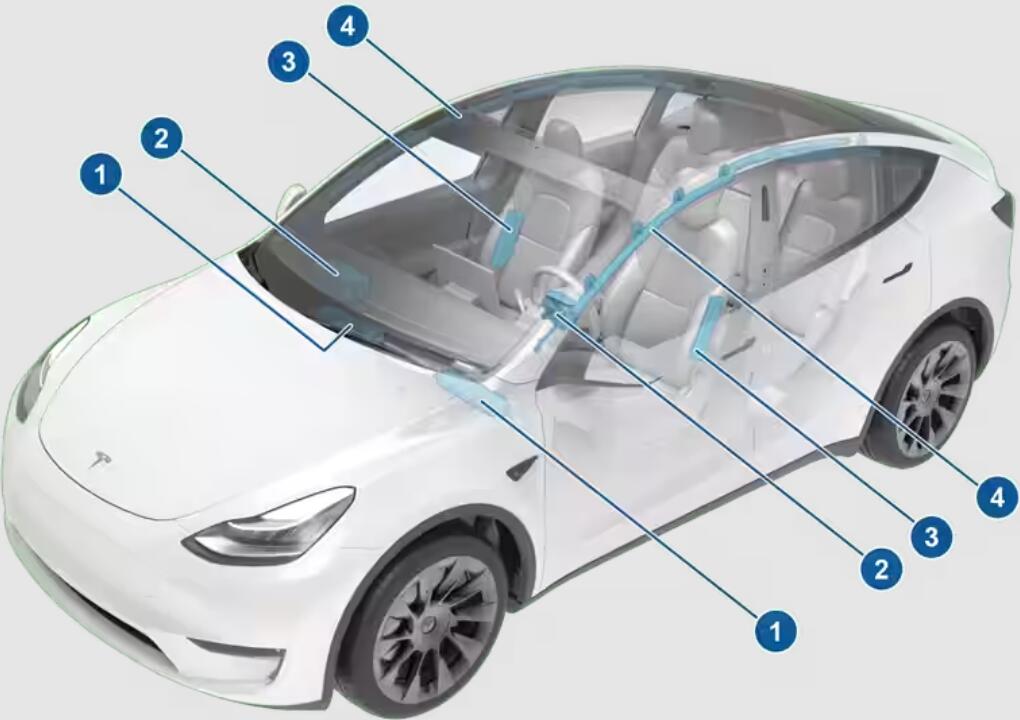 (Airbag settings for the Model Y sold in the US. 1. Knee airbag; 2. Front airbags; 3. Seat-mounted side airbags; 4. Curtain airbags)

The safety update may be part of the Model Y line upgrade at Tesla's Shanghai plant.

On July 22, local media outlet Auto Time reported that Tesla began upgrading the Giga Shanghai in July, with the line responsible for producing the Model Y completing the upgrade on July 16.

The production line responsible for producing the Model 3 sedan began the upgrade on July 17 and was expected to be completed on August 7, according to the report.

Employees at Tesla's production line for the first phase of the plant have been on leave since July 17 and are expected to work normally from August 8, the report said, citing multiple sources.

Sales of China-made Tesla vehicles were significantly lower in July due to the line upgrades.

Tesla China's wholesale sales in July were 28,217 units, down 64.24 percent from 78,906 units in June and down 14.41 percent from 32,968 units in the same month last year, according to data released earlier today by the China Passenger Car Association.

Tesla currently produces and delivers vehicles including the Model 3 and the Model Y in China. Their breakdown for July is not yet available.