Qualcomm's Snapdragon series flagship processor, 2K screen, and 25-minute full charge will probably be the specs that NIO's first phone will have. 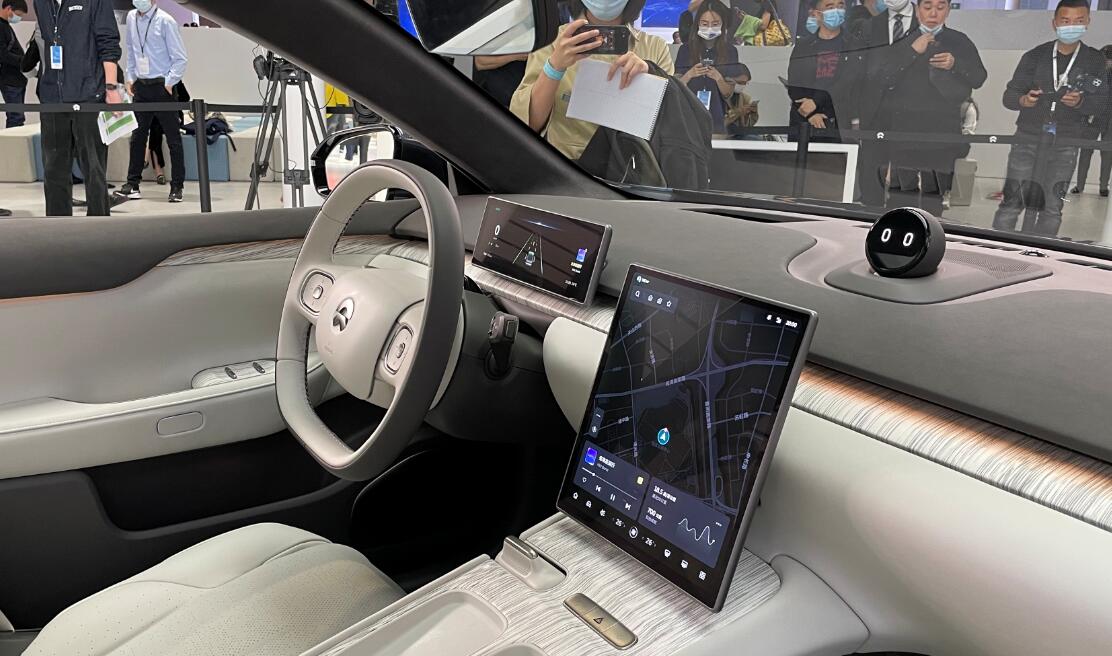 We already know that NIO is making smartphones, so what kind of specs is its first model likely to have? One of the latest reports provides a good reference.

NIO's first phone will likely be powered by the flagship Qualcomm Snapdragon series processor and will support more than 100 W of charging power, local automotive media Auto Stinger said in a report today.

NIO's phone will target the high-end market, then it will surely offer flagship performance to support high price tags, and the choice of processor is key to that.

There are only three chips currently used in flagship phones - Apple's A15, Qualcomm's Snapdragon 8+ Gen 1, and the MediaTek Dimensity 9000+.

However, Apple's A15 is limited to the iPhone, and the Dimensity 9000+, while comparable in performance to the Snapdragon 8 Gen 1, is far less recognized in the high-end market than Qualcomm.

NIO will use Qualcomm's Snapdragon family of processors in its first phone model, and they are easier to tune sensors for, in addition to their greater brand awareness, the Auto Stinger report said.

Meanwhile, NIO's vehicles use the NIO OS with Qualcomm's Snapdragon 8155 chip. So if it continues to follow the Snapdragon family of processors in the smartphone space, it could also speed up the phone development process.

Qualcomm typically introduces new Snapdragon chips in November or December each year, with a slightly upgraded version in June or July of the following year.

The NIO phone should not use a screen solution similar to the iPhone, but will instead have a punch-hole curved screen, Auto Stinger said. This is because there are already proven solutions for such screens and they have been proven by manufacturers in the Android camp to be the best solution for entering the high-end market.

For the battery, NIO should use the more mature dual-cell solution in the initial stage of phone manufacturing instead of using a single cell, although the capacity may be slightly lower, according to Auto Stinger.

Using the current size of mainstream flagship phones as a reference, the battery capacity of NIO's first phone model is likely to be around 4,500 - 4,800mAh, which takes about 25 minutes to fully charge.

In addition, NIO's first phone will also have a 2K resolution screen, ultrasonic fingerprint recognition, and high-end cameras that are currently equipped on mainstream flagship phones.

The price of NIO's first phone may be above RMB 5,000, and the price of the highest-spec version may be close to RMB 7,000, which is the current pricing of mainstream flagship Android phones, Auto Stinger said.

The current highly mature smartphone industry chain in China is perhaps the biggest support for NIO to join the ranks of handset makers, the report said.

What NIO wants to do is simple: build a phone that works well for users, William Li, the company's founder, chairman and CEO, said on July 28, adding that NIO develops just one phone a year, like Apple.

On July 31, Li told vehicle owners that those using Android phones now could go a year without having to replace their devices, hinting that an NIO-branded phone was expected to be available in a year.