The brand will have an industrial park with a planned capacity of 100,000 vehicles and is scheduled to go into production in 2023.

As a traditional car company, Dongfeng Motor has previously entered the new energy vehicle (NEV) market through the Voyah brand. Now, the automaker has confirmed that it will launch a new brand that will target the more niche off-road vehicle market.

Dongfeng will soon launch a new brand called Mengshi Technology, and its first engineering prototype has already rolled off the production line, the automaker announced today.

Mengshi (猛士) literally means fierce man. It's not clear what the company's official English name will be, but the domain name of its website, which is under construction, suggests that it could be "M Hero."

Mengshi's product will use the industry's first skateboard off-road platform, leading in electric drive assembly, intelligent off-road and other indicators, and is a collection of Dongfeng's cutting-edge technology, it said. 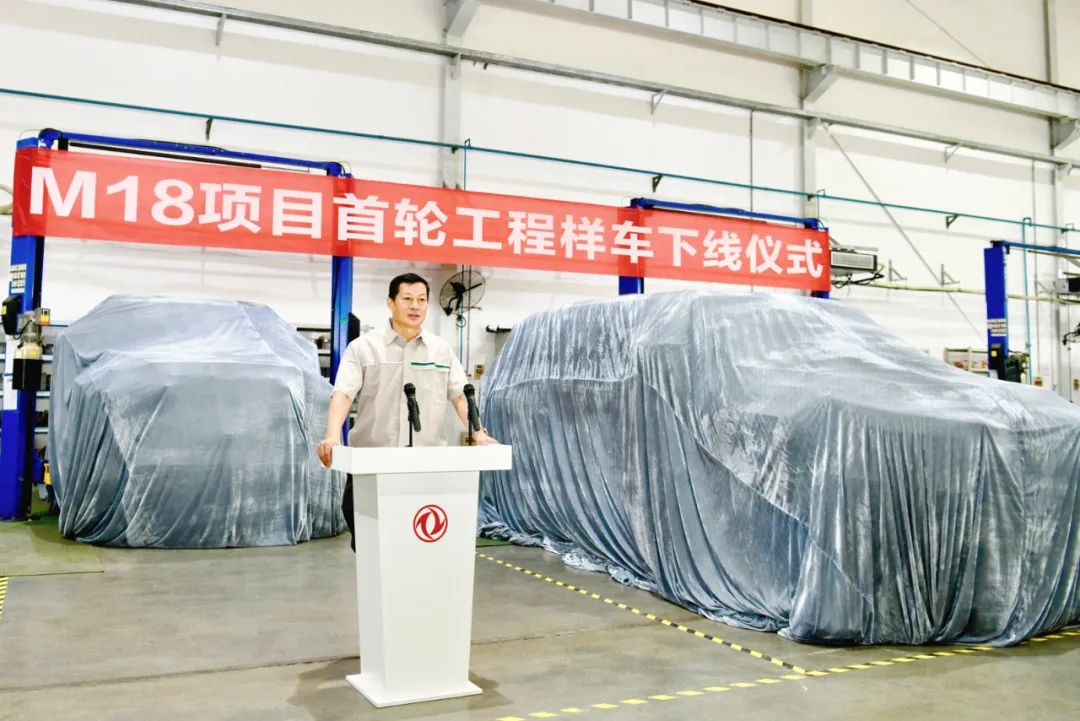 Mengshi will have a dedicated industrial park with a planned capacity of 100,000 units, scheduled to start production in 2023, Dongfeng said.

The 485-mu (323,300-square-meter) campus, with a total floor area of 96,000 square meters, will include a manufacturing center, off-road base, headquarters office and commercial display center.

It is worth noting that in September 2021, Dongfeng Chairman Zhu Yanfeng said at the 3rd World NEV Conference that the company would launch a new NEV brand, M, in 2022.

On January 18 this year, construction of the brand's factory began, with production scheduled for 2023.

At the end of March, local media Cailian reported that Dongfeng would launch its new high-end electric off-road M brand in June, and that the development of its platform had entered a substantial stage, with prototype testing results meeting expectations.

Dongfeng had planned to unveil the product and future technology strategy at the Beijing auto show in April, but it was postponed because of the Covid epidemic, the report noted.

The automaker said it will build a new platform, MORV, for the premium electric off-road brand and launch a new brand, according to the report.

Dongfeng is not the only car company with plans to launch an electric off-road model.

BYD was also previously rumored to launch a premium brand this year, with the first vehicle to be a hardcore off-road vehicle priced at around RMB 500,000 to 1 million.