In June, SAIC's NEV sales accounted for 18.88 percent of total sales. The company aims to increase that share to at least 32 percent by 2025. 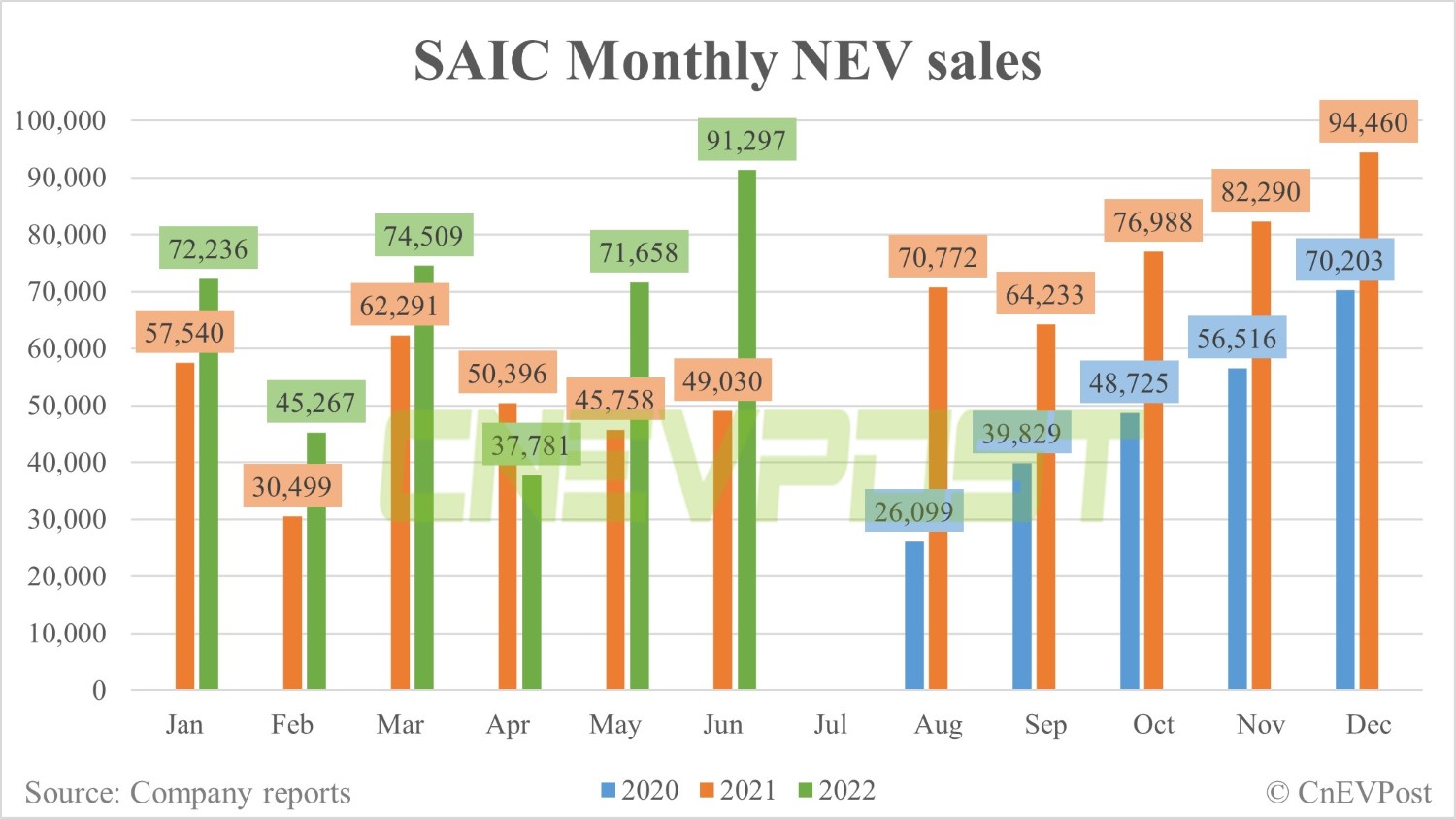 SAIC sold 483,584 units of all vehicles in June, meaning that the share of NEVs in its total sales was 18.88 percent.

The automaker is increasing its efforts in the electrification transition and has already released the Nebula platform, on which its first product, the MG MULAN, has been launched in China. The car will also be available in Europe, named MG4 Electric.

The Nebula platform is available with batteries of different capacities from 44-150 kWh and motors in the 150-600 kW power range, covering vehicles from compact to medium-large sizes.

SAIC president Wang Xiaoqiu has said that by 2025, the automaker plans to see annual sales of more than 2.7 million NEVs worldwide, accounting for no less than 32 percent of all vehicle sales.

With the launch of the Nebula platform, SAIC will further increase its efforts in its pure electric vehicle product matrix, with 16 electric vehicles planned to be launched based on the platform in 2022-2023.