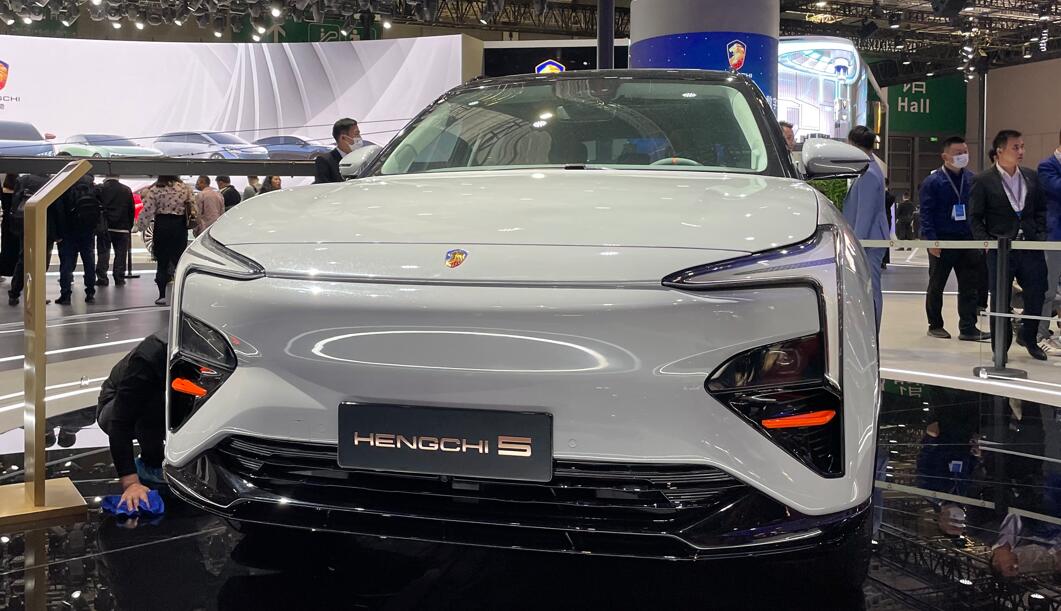 Consumers interested in buying the model can now make an appointment and will then have the opportunity to take a test drive, which could open as recently as this week, the report said, citing staff at a Hengchi showroom in Guangzhou.

The pre-sale price for the Hengchi 5 has not yet been fully determined and is expected to be around RMB 200,000 yuan ($29,880), with the first production run of about 10,000 units, according to the information provided by the staff member.

The pre-sale period for the model is July 6-July 31, and the deposit will be RMB 1,000. However, the pre-sale was initially only for the company's internal staff, and the pre-sale for the public will only start on July 9, the staff member said.

Evergrande NEV will allow users to pay an official deposit in the amount of RMB 10,000 from August 1-August 31 and begin scheduling production, with the first vehicles expected to be delivered from October 1, 2022 to March 31, 2023, the report said.

The company has car production plants in Guangzhou, Shanghai and Tianjin. But as funding chain problems erupted, only the Hengchi 5 and Hengchi 6 projects were retained, according to a LatePost report last October.

The faster-moving Hengchi 5, which was to be launched first, was scheduled to start production at the Nansha plant in Guangzhou, but the plant never got the production qualification. Evergrande NEV then shifted its strategic focus to the Tianjin plant, which has the qualifications to build cars, according to LatePost.

On May 18, several local media reported that Evergrande NEV had indefinitely postponed the pre-sale of the Hengchi 5. However, a subsequent statement from the company said that this was untrue.

"Due to the (Covid) epidemic, Hengchi 5's production run, originally scheduled for June 22, 2022, has been adjusted to September 20, 2022, and pre-sales are moving forward as normal," Evergrande NEV's statement said.

Hengchi 5 will be sold in small numbers to individual users in the initial phase and will be used primarily in the ride-hailing market, Auto Time reported on May 15, citing an Evergrande NEV employee who added that the company's subsidiary that provides ride-hailing services is largely ready.

Being used for ride-hailing will allow the model to gain exposure and will be offered in large numbers to individual consumers after building up word-of-mouth, according to the employee.

In early March, the Hengchi 5 was included in a list of models that will be allowed to be sold, published by China's Ministry of Industry and Information Technology, the last regulatory process for a model to be able to start selling in China.