Hengchi 5 must be in mass production by June 22, Hui Ka Yan, or Xu Jiayin, chairman of Evergrande Group, said Tuesday. 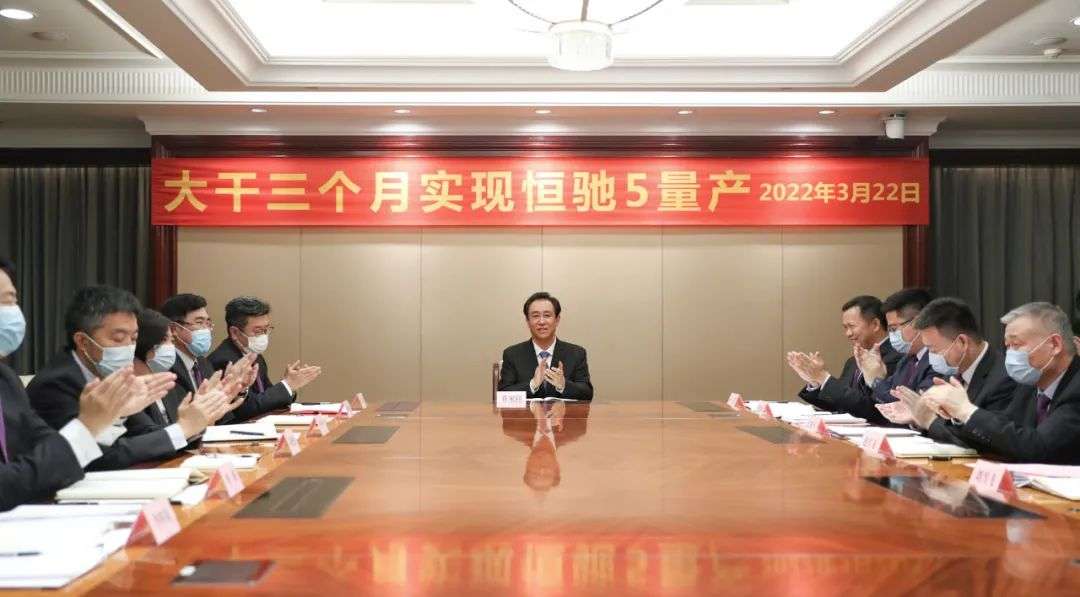 Evergrande New Energy Vehicle Group (Evergrande NEV), the car-making arm of Chinese real estate developer Evergrande Group, is stepping up its efforts to advance the mass production of its first model, the Hengchi 5, after completing the last major regulatory process.

Earlier this month, the Hengchi 5 SUV was included in the second batch of models allowed to be sold this year in a catalog released by China's Ministry of Industry and Information Technology. Being included in the catalog is the last regulatory process for a model to be able to begin sales in China, usually several months before its official launch.

On January 12, Evergrande NEV announced that the first production vehicle of the Hengchi 5 has rolled off the production line, 12 days ahead of the original plan.

Evergrande NEV's Tianjin production site has begun production of the Hengchi 5 and is expected to start pre-sale within the second quarter of this year, National Business Daily said today, citing sources close to the company.

Hengchi 5 is expected to roll off the production line in the third quarter, Evergrande Group non-executive director Liang Senlin said in response to questions from creditors on Tuesday.

Evergrande NEV is currently mobilizing all its resources to ensure mass production of the Hengchi 5 model and prepare for subsequent marketing, he said.

Evergrande Group is also actively pushing forward the introduction of strategic investors for Evergrande NEV in an effort to restore its value, Liang said.